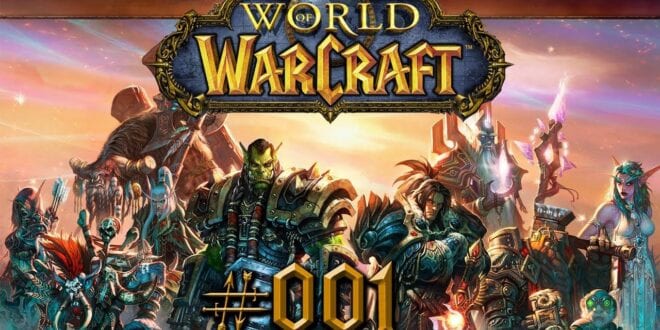 The Warcraft franchise of games by Blizzard Entertainment, now Activision Blizzard, is a decades-long series that first saw the light of day in 1994, with the release of “Warcraft: Orcs & Humans.” Exactly a decade later on the day, November 23, 2004, everything changed when “World of Warcraft” (WOW) came out and took the world by storm.

While the first several games were real0time strategies in which you could control larger armies, WOW was an MMORPG, a massively multiplayer online role-playing game, in which each player controls their own character. Games like these were both new and popular at the time and WOW enjoyed success as millions of players logged in daily to explore the vast world, battle enemies, and each other.

Since then, eight expansion packs came out, all bringing new worlds to explore, big baddies to fight, new treasures to gather, and new ways to play the game. These expansions include “The Burning Crusade,” “Wrath of the Lich King,” “Cataclysm,” “Mists of Pandaria,” “Warlords of Draenor,” “Legion,” “Battle for Azeroth,” and the latest one set to come towards the end of 2023, “Shadowlands.”

For new players, WOW could be an extremely overwhelming experience, sine nowadays MMORPGs are not nearly as popular as a decade ago. Therefore, those looking to start playing the newest Warcraft game need all the help they can get as they begin to explore the colorful, lore heavy and rich world of Azeroth. This article will serve a beginner’s guide for the current state of the game and the close future. In case you want to dominate early on and get an instant edge over other beginners of WOW, try out Boostcarry.com to equip yourself with everything you need from the start.

The history and the lore in the game’s ever-expanding world is one of the most interesting, complex, and diverse out there. Inspired by many other fantasy works, it will surprise you and make you stop and enjoy time and time again. All the beauty and peace are often secondary due to the everlasting fighting and skirmishes between the Horde and the Alliance, two rival enemy factions in the game. They have been at odds with each other from the last game, never managing to find common ground except when there is a larger threat that unites them, threatening both of their survival.

The Horde is traditionally viewed as the bad side. Their primary color is red, and they have races like Orcs, Trolls, Goblins, and Undead, which most people associate with being inherently bad. However, there is no such distinction in WOW, since all characters are heroes of their own stories, and both Alliance and Horde have good and evil characters. The Alliance, traditionally blue, is comprised of Humans, Dwarves, Gnomes, Night Elves, and many other races. There are 21 races available in the game, 10 unique ones per faction, and Pandaren, who can choose which faction to support.

The player has complete freedom in choosing the faction and one of the races when making the character. Physical attributes like facial features, hairstyles, and hair color are also customizable.

Although races and factions come with different immersive story elements, affiliations, and traditions, far more important is the class you choose for your character. Depending on how you like to play games, there are 12 unique classes to choose from. Some are reserved for close-ranged combat, and others are ranged. Furthermore, several classes can support other players by healing them or soaking up damage. Lastly, there are classes that combine several elements and offer multiple ways of contributing to the battlefields.

In alphabetical order, the 12 WOW classes are Death Knight, Demon Hunter, Druid, Hunter, Mage, Monk, Paladin, Priest, Rogue, Shaman, Warlock, and Warrior. While some are self-explanatory from the very name they have, like the Shaman who controls the elements or the Druid who prefers nature and turning into animals, others may surprise you although they use names like Mage, Hunter, or Priest. If you are a fan of video games, you can make educated guesses on what each class brings to the table, but it takes quite a long time to become an expert in a few classes, let alone all of them.

This is why it is important to consider your style of play and what you like doing. Each class has multiple specs too, usually three. For example, Paladins can be Holy, Retribution, or Protection Paladins. Holy Paladins specialize in healing, Protection paladins soak up damage and “tank” enemies, while Retribution spec is used for dealing damage. Druids are even more unique with four specs, while Demon Hunters have only two.

RPG games are all about leveling up your characters and becoming stronger, developing your spells and abilities, and earning better gear. Every few levels, you will gain a talent point to spend on your many talents, tailoring your experiences specific to your style of play even further. There are some universally adopted ways of playing certain classes and specs, but you can always try to find your own.

Once you hit max level, the real game starts as you get access to endgame content consisting of dungeons and raids as Player Versus Environment (PvE) modes, and battling other players in Player Versus Player (PvP) matches. Each expansion brings new dungeons and raids with exciting boss encounters and valuable armor and weapons that make you more powerful. In addition, new battlegrounds and arenas are introduced for you to battle against the opposing faction, or against other players in 2v2, 3v3, or 5v5 arena combats.

Players usually have more than one character per realm, one of which is their main and all others their “alts” (alternatives). The main character is always the strongest, with the best gear, most rare items and mounts, and the largest supply of gold. The more characters you level and gear up, the faster you can level alts because you can send them the gear you do not need on the main.

There is a ton of stuff to do in the game, and it would take us dozens of pages to even mention them all. Things like achievements, the auction house, pet battles, and professions are all important, but they do not fall under the absolute basics needed for a beginner’s guide. Right now, it is perhaps not the best time to get familiar with the current state of the game because some major things are changing in “Shadowlands,” one of which is the leveling experience, especially for the newcomers. However, if you want to jump right in, you will have an edge once the new expansion hits, and probably a few strong characters ready for the new content. WOW is a cultural phenomenon, and you cannot call yourself a gamer if you have never tried your luck in Kalimdor, Eastern Kingdoms, Northrend, and all the rest of the exciting parts of the in-game world of Azeroth. Remember to scream the battle cry “FOR THE HORDE!” or “FOR THE ALLIANCE!” occasionally, and let the fun begin!

Previous Gary Burghoff Net Worth 2023 – Career, Achievements and Personal Life
Next Vintage Industrial Pendant Lights: How They Can Revamp Your Home