The 11th Expo of China International Film and Television Animation Copyright Protection and Trade is held in Dongguan on August 16th. On the first day of the opening ceremony, Huang Weiming, the director of this cartoon, was invited to attend the forum as a guest speaker. The key professionals and well-known experts exchanged thoughts together on the hot issues, including animation copyright protection, new models of cultural creation and copyright protection, innovative development of copyright industry chain, copyright trading and IP cash-in path. They did an in-depth analysis of the animation industry’s cutting-edge trends, and jointly explored the new opportunities and challenges facing China’s animation copyright industry in the new era.

This cartoon depicts a struggle between good and evil, which is loved by the masses. Besides, this animation features distinctive characters. For example, Weslie is brainy, handsome and helpful; Wolffy is funny and bumbling. Also, the intriguing plot and humorous tone add an extra appeal to this cartoon.

The production team always digs deep into the story between the goats and the wolves, making the creative plot to attract audiences. It launched two works this year: Sheep village guardian and Time-Space Rescuer, both of which received rave reviews. The Pleasant Goat and Big Big Wolf animated series gradually strengthens the emotional depiction and carries out the story around the protagonists.

A case in point is that the goats and wolves shake hands and build up the cross-species friendship in the Sheep village guardian. Another example is the returning of the classical characters of Time-Space Rescuer.  These two works are highly rated by the audience and jog their childhood memories on Sina Weibo. This hot topic ranked second on the hot lists for seven days in a row.

That’s why this cartoon can run for fifteen years. Besides, the low production cost can guarantee multiple episodes and long-term playback. It is aired on over 40 local TV stations, and also aired in India, Korea, Singapore, Indonesia, Cambodia, and North America.

In addition to the tremendous achievements, Huang Weiming also announced the latest move of the Pleasant Goat and Big Big Wolf series on the forum. In the winter vacation of 2023, as a new journey after the “peace of wolf and sheep,” “Funny Alien Guest” will continue to dig deep into the emotional resonance and involve a new character who is the sister of Weslie. Viewers can feel the warmth between the brother and sister during their growing up from teasing friends to supporting each other.

Besides the classic 2D animated series, Huang Weiming will also bring a brand-new 3D science animation named The Goat’s Funny Adventure and the big movie Pleasant Goat and Big Big Wolf in 2023! You don’t want to miss it!

Previous Current Transformers: What They Are and How They Work
Next How Did I Sell My Mobile? 5 Best Ways To Sell Your Old Mobile Phone 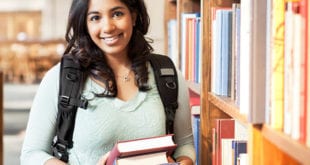