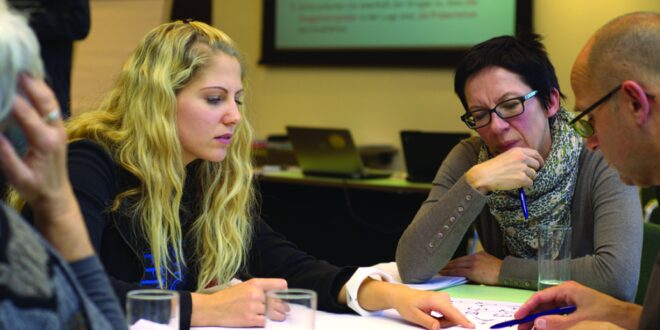 Working Conditions, Pay, and Employability: Why Is Britain Struggling With Its Workers Shortage?

Carolyn Lang 13/10/2021 Business, Financial Comments Off on Working Conditions, Pay, and Employability: Why Is Britain Struggling With Its Workers Shortage? 97 Views

According to many employers, there is currently a struggle to find staff. It’s no wonder, then, that Britain is currently facing its worst labour shortage in decades. This shortage is even predicted to cause more economical problems, as it could lead to the country not being able to recover from the lockdowns it has been facing. But where did this shortage come from, who is it hitting, and how can this issue be resolved? Read on to find out more about this strange economic situation.

Working In a Locked-Down Britain

Working during the lockdown was not an easy time for employees. Many people had to up and leave their usual office desk and take their files home, learning whole new ways of working and maintaining an effective workflow. Many others were furloughed, a scheme that meant people were out of work but still paid up to 80% of their wage.

This left millions unsure of whether or not they would be keeping their job and more made redundant and searching for a place of work during a time when employers weren’t looking. Moreover, the pandemic made it unsafe for a number of workers who were needed to continue working in public offices. Sadly, some workers had to contact companies to help with accidents and unsafe workplaces, turning to places such as www.mulderrigs.co.uk. With conditions like this, it would seem that there would be no shortage, but many people point out that the issue is not as simple as a shortage of workers, but that it is a shortage of willing workers. The issue can be divided twofold, into the issue of access and of pay.

One of the biggest problems that has caused the shortage of workers is likely the new immigration laws that have been introduced post-Brexit. Britain has changed its immigration policy to shift toward a system that prioritises workers deemed “high-skilled”. This focuses at large on those who are trained as doctors and surgeons, causing major issues. The first is that some industries, such as hospitality, are left with a shortage of workers. Combine this shortage with the huge impact that the pandemic, social distancing and huge uncertainty has had and you can see that many companies are faced with the risk of closing down. This would be especially detrimental over the holiday season, where most of these companies make up their revenue. Many industries are, in fact, openly lobbying the government in an attempt to get onto the “skilled worker” list.

Another issue with a lack of immigrant workers is that the country is running out of truck drivers for deliveries and mass transit, as well as there being issues with crossing borders. Shortages are coming up in different industries that are causing echoing issues, such as staff shortages in the poultry industry, leading to large amounts of poultry being slaughtered and wasted as abortoirs cannot keep up.

Workers who were employed in many of these areas before have moved home to their homes in Europe, leaving these industries understaffed and unable to keep up. Due to post-Brexit regulations that are now in place, it is also much more difficult, if not impossible, for people to immigrate over to the UK for a short period of time to work. This is something that in the past has proved invaluable for industries that make most of their money in short bursts across the year and has led to many places having to leave produce to go to waste, such as the many farmers that have had to leave crops to rot in their fields.

Wages and Cost of Living

Whilst Brexit may be causing issues for those who wish to immigrate into work, it may also be that the wages paid in Britain are pushing people away. According to some studies, the average weekly wage in Britain has stagnated, dropping massively from the predicted rise that was assumed before the financial crisis. Indeed some studies suggest that some companies have reported staff losses of up to 25% as people move back to Europe.

Places such as Norway seem to have a higher average wage, which will definitely entice workers, especially those who are looking to work in industries that aren’t highly paid. This becomes more of a clear factor when you consider the rise of the cost of living across the UK, especially in places in and around London. This lack of payment is simply no longer attractive to the prospective workers who would make the move over to the UK to work, but also proves to be unattractive to those who were born in the country, as the pay simply won’t be able to cover what most people need for themselves and their families.

What Can Be Done?

Solutions will only work best if they target the root of the problem. Therefore, it seems that one of the biggest solutions available is to increase the amount of accessible training for the industries that are lacking the workforce. This means that, given that the shortage could be long-term, increased training will lead to a number of places being filled with adequate replacements, or even potentially highly trained and skilled people. This would benefit the country’s economy hugely, as well as helping people get higher wages.

This brings us to the other solution, one that may be harder for employers to chew, especially in the post-pandemic environment. In areas where the shortage is caused by poor pay or working conditions, employers are simply going to have to offer more in order to attract workers to the positions. People need a safe place to work and need to be able to afford the basic cost of living, and where this proves to be difficult to attain is where people are the least likely to go, regardless of whether they are natives of the country or not.

In conclusion, the shortage has a number of possible causes, from payment to political choice, but clearly, changes need to be made. Industry heads need to change their minds and offer more to their workers to ensure that they can keep functioning, as well as no longer relying on immigrant support during certain seasons. If changes are made, there is a chance that we could go back to how things were pre-pandemic, though this will only happen with effort.

Previous RTP: Should It Matter to Online Casino Players?
Next How to Find Jobs on Job Search Sites? 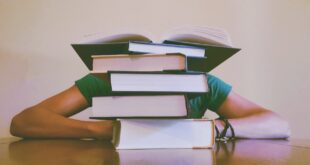