3 Reasons Why Bone Thugs-n-Harmony Are Authentic Bone Thugs N Harmony started out back in 1991, and the Cleveland-based hip-hop group emerged into the rap and hip-hop culture with a mix of sounds that took many music fans by surprise pretty fast.  Being recognized but still faithful to their musical roots, Bone Thugs has sold more than 50 million albums all across the globe throughout their career.  Even though some members like Wish Bone and Krayzie Bone left the group but came back, the most important thing is that they are now in full force and touring once again. In fact, the Bone Thugs n Harmony tour is happening right now as they have many upcoming concerts across the United States. Click here to find out more.  Therefore, if you are a fan of this hip-hop group, or even if you don’t know them, but you love rap music, now is the time to buy Bone Thugs concert tickets if you want to see their electrifying live stage performances.  But what makes them so authentic and different from other rap musicians? Well, that is why we are here, so let’s see the top 3 reasons that make Bone Thugs authentic.

You can see many top-rated singers and musicians who stop creating new music and rely on famous old tracks after they become successful all over the world. Many of them stop hitting the recording studio and start making the greatest hits studio albums, form reunion tours, comeback concerts, and so on. Some of them even stop their musical careers entirely or get forgotten along the way.  But not Bone Thugs N Harmony since they stayed persistent and released new albums and tracks in a consistent fashion. It seems like nothing can stop these hardcore hip-hop performers.  This Cleveland-based hip-hop legendary group tends to release new studio albums as much as possible, almost every two to three years, and they focus on keeping their style and sound fresh. Until now, the Bone Thugs’ discography consisted of 2 extended plays, 11 albums, 23 music videos, 23 singles, and even 4 compilation albums and 3 mixtapes. And what is even better for the rap fans is that Bone Thugs have stated they are making some new music, even though it is still unknown whether the release is going to happen.  Be as it may, these performers already have more than enough material to go on tours with old songs like many other music stars. Still, Bone Thugs N Harmony are true to the game and love to make new stuff, which also makes them authentic in their own way.

Yet another thing that makes these hip-hop music legends authentic and different from all other rap musicians is that they succeeded in making it commercially but nevertheless stayed underground and faithful to their musical roots.  Something that we don’t see very often in the music industry, if we are being completely honest.  Many rap musicians and singers from other music genres change their style and music when they make millions of dollars, create a hit track, or sell millions of studio albums across the world. A lot of them even change their entire style when they become famous and go towards more commercial music genres to fit in and stay popular.  But that is not the case with Bone Thugs N Harmony, which confirms their authenticity once again.

Bone Thugs managed to avoid becoming totally commercialized and stayed connected to their underground music style, which, to be fair, is not at all easy in today’s music industry if you want to stay relevant.  To make things even more authentic, Bone Thugs is one of the very few music groups in any genre that stayed relevant even though the music industry is constantly changing. In short, like Pink Floyd stayed true to their sound, BB King to his blues solos, and Bone Thugs N Harmony also stayed true to their style.

3. Have Collaborated with the Best in the Business

The third and final reason that makes Bone Thugs n Harmony authentic and different from almost all other hip-hop musicians and rappers is that they have collaborated with the best rappers in the history of the music business.  Not to be modest, the list of collaborations includes some truly legendary rappers, and they are the only group that has collaborated with rappers who unfortunately passed away, such as Eazy-E, Tupac, Big Pun, and Notorious B.I.G. And these four rap performers are considered to be some of the biggest names in the hip-hop world ever.  In addition, Bone Thugs have also collaborated with many other rappers and famous artists such as Phil Collins, Machine Gun Kelly, Akon, The Game, Mariah Carey, will.i.am, among many others.  Bone Thugs and Phil Collins, can you imagine? Well, that’s why they are so authentic. They are not afraid to experiment with musicians of various music genres, they love to express themselves the best way possible, and don’t care if somebody likes it or not. Bone Thugs have the ultimate rap attitude, do what you love and believe in, and don’t pay attention to all the naysayers.  In addition, some of the group’s members have also collaborated with other artists as solo musicians. For instance, Layzie Bone has made tracks with Snoop Dogg, Busta Rhymes, Young Noble, and others. Therefore, they are not just collaborating with other musicians as a group, but they also like to try something different as solo rap performers.

As you can see, this rap group is authentic in its own way. So the only thing that remains to do is to buy Bone Thugs concert tickets and experience their electrifying performances together with your friends.  And it doesn’t matter if you don’t know any of their songs or if you are not such a massive fan of hip-hop music since one thing is for sure – you will move your hips and dance all night, a tremendous amount of fun is guaranteed! 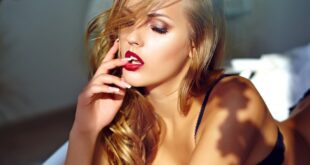 How to Find Models on Onlyfans?