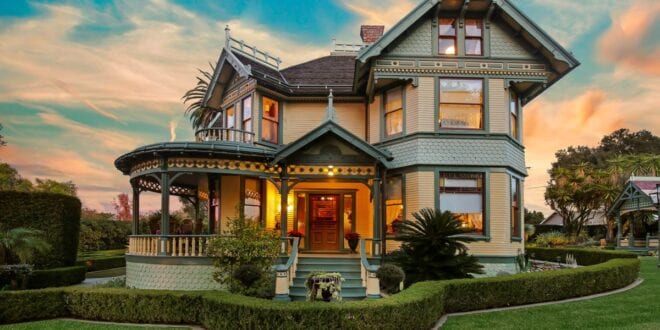 What Is a Victorian Home?

The period of Queen Victoria’s reign in Britain is called the Victorian era. It is the period of time from 1837 to 1901. In 1760 the industrial revolution began, at the end of which the manufacturing processes and methods of production of different products have remarkably changed. The end of the revolution was in the 1840s. The construction of railroads began everywhere. Previously, only local residents could use construction materials and at that time the products were distributed throughout the country.

People could not find a job, so they moved to big cities. Hugo Tugman says that it was during this age that the mass construction of houses began. There was a real explosion in the real estate market, workers needed a dwelling, so most of the houses in Britain was built during the Victorian era.

The flooring during this age was made of tiles. This floor was practical and very aesthetic. Both paths to the entrances and floors inside houses were decorated with tiles. First products can be seen in luxury villas built in 1860s. Towards the end of the 19th century, almost every building had such revetment.

The design was completely different. Specialists used tiles with every kind of patterns of different shapes: geometric, figured and many others. The fashion for it ended in the 60s of the last century. In many houses, the floor was renovated, replaced by the wood-panelled one. The flooring was covered with carpets, it was rare to see the original tile. Nowadays, sometimes it is still possible to find the classic coating, which was not replaced. A tile has a high level of strength, so it can always look like new. In some areas, the floor may require a restoration and after the appropriate measures, it will resemble the Victorian era again.

Entrance doors of the houses were decorated with stained-glass windows. At the end of 1800s the decorative processing of glasses allowed to use the 100% of sunlight. The sun rays created original patterns inside the house, which were obtained thanks to the bright and unusual glasses colors. In that age the stained glass was also used to decorate stairs and windows of any part of the house. The design impressed with its variety. It was possible to find simple glass with small patterns, as well as complex geometric and plant compositions. Most of the stained-glass windows were irreparably damaged, but in this case it is possible to contact specialists, who carry out sash windows repair in Essex.

The design of Victorian-era premises was based on molded details. Masters used cornices, ceiling roses and vaults, which allowed to visually change the feeling of the space inside a room. This decoration contributed to the an exaltation of each room. A large number of decorative elements were used to design the rooms, which served as a place for important business meetings or reception of guests.

Molding allowed hiding construction technologies, arches and cornices. The structure of the building had the most aesthetic look. The modern owners of such premises can notice that:

The perfect way to restore the Victorian style is to renovate the damaged details. A complete replacement is only possible if the element has too much damage.

The development of the Victorian era followed the Gothic one, many window frames and other house elements made in the Gothic style were transformed into the next style direction. The progress in every area of construction and design led to the possibility of installing sash windows with modern design. Despite this, the owners still strive to copy the styles of the past centuries, which look really luxurious, spectacular and attractive.

In England, almost every old building has sash windows, which belong to the most popular design style of glass units around the world. The design perfectly fits the facade of the building regardless of the chosen decor direction.

The two architecture styles Grant noted to be the most famous of the Victorian period (Italianate and Queen Anne) are both technically revivals of earlier architecture styles, though both took on lives of their own and were “often exuberantly decorative without much concern for historical accuracy,” Grant says. Each has distinct characteristics (noted below), but what they have in common is an emphasis on vertical elements—homes often stood at two or three stories with tall windows and porches—and detailed ornamentation that almost bordered on over-the-top.

Victorian style houses have an exclusive design. The design is dominated by decorative details that magnify the buildings. The windows allowed demonstrating the wealthiness and the interior decoration of the house. The standard windows of that time had from 4 to 16 sashes. The number and size of windows could tell about the owners’ welfare. Sliding windows are now popular, so in order to increase the value of the house it is worth to perform a wooden window refurbishment in Essex, if any part of the glass is out of order.

The Victorian opening windows were not only beautiful, but also very functional. The presence of several sashes provided an excellent flow of air and light into the room. Originally the windows were single, but now most of them are replaced and have double glazing.

If you have purchased a house with windows of previous years, pay attention to their condition. They may look perfect and some can require a repair. Wooden frames may be damaged or completely spoiled. The lack of proper care for the wood leads to a significant deterioration of the windows functionality. The specialist of our company can help for the wooden window repair in Essex. You may need secondary glazing, which will keep your home warm and increase its safety. The appearance of the building facade will not change, the house will still be of historical value and living in it will become more comfortable. To learn all about window restoration services, go to the following link https://scottjameswindows.co.uk/sash-windows-repair-essex/. 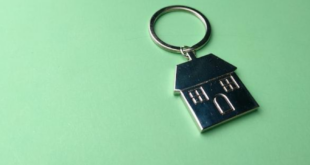 Do You Need Some Tips & Tricks for Your Real Estate Needs How Do You Know if a Property Will Be a Good Investment?