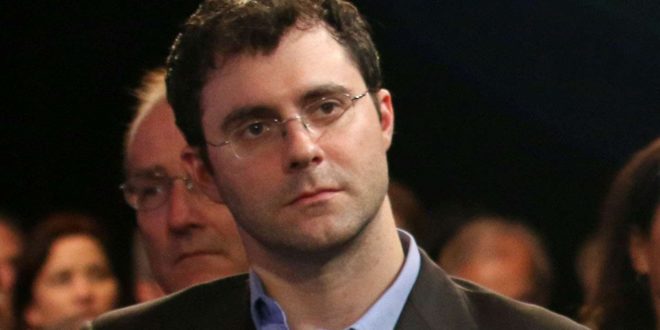 Marc Mezvinsky is someone who might be familiar to a lot of people and that’s because he is the son-in-law of Bill Clinton, a former president of the United States, but really Marc is an investment banker and is a co-founder of a hedge fund investment, Eaglevale Partners. The real reason he is kind of famous is that he got on the news after closing down the company back in 2016 after It had lost 90% of its value, all because the company bought stocks in Greece but crashed and lost all the money from the investors. Let’s find out what his net worth is today.

Marc Mezvinsky was born on December 15, 1977, in Philadephia. He was brought up in a very conservative Jewish family and he had 8 siblings, his parents were members of the Democratic House of Representatives. In 2001 his father pleads guilty for bank fraud and because of that went to jail, he had stolen $10 million. His mother is called Marjorie Margolies and was a TV reporter and representor of Pennsylvania’s 13th district from 1993 to 1995. Just before his father went to jail they got divorced and declared bankruptcy.

Marc graduated from Stanford University in 2000 while majoring in philosophy and religious studies.

In 2010 Marc got married to Chelsea Clinton, who he had been dating since 2005. They were somewhat of childhood friends, dating all the way to the 90 where they met at a democratic political retreat in South Carolina. After they got married they stared living in Gramercy Park, New York, they spent 3 years there and later on moved to an expensive apartment in Manhattan. They have two children now, one being born in 2014, Charlotte and others in 2016, Aidan.

After Marc graduated from college he started working at Goldman Sachs doing the job of an investment banker. After that he got a job at 3G Capital, which is a private equity company, it gave him the boost he needed to start his own hedge fund in 2011, Eaglevale Partners. Five years later his company had lost 90% of its value due to bad investments, Hellenic Opportunity to be exact. He thought that the Greek economy would once again see a boom, but he failed, resulting in a lot of money lost.

Marc and his partners are now trying their hardest to pay back the money they lost to their investors.

In May 2017 there was a report that Marc goes a job as vice-chairman of a Silicon Valley company called Social Capital. It’s an up-and-coming company owned by Chamath Palihapitiya that invests in start-ups and is still looking to branch out.

Marc has had a lot of ups and downs in his life so far and has not seen that much benefit yet. He is 40-years old and has finally found a stable job that will bring him financial stability, well that’s if you don’t count being Bill Clinton’s son-in-law an achievement.

His net worth is thought to be around $18 million. Most of that money was earned while working as an investment banker at Goldman Sachs and 3G capital, which was also a hedge fund company, just like his own.

He is lucky that Bill Clinton likes him so much. The former president has praised his son-in-law on many occasions and said that he has a good character. At the moment he is with his wife and children, they live in a $10.5 million apartment located just north of Madison Square Park.

Previous Tips on How to Write a Research Paper in a Single Day
Next DJ Paul Net Worth 2023 – Tennessee Rapper, DJ, and Songwriter