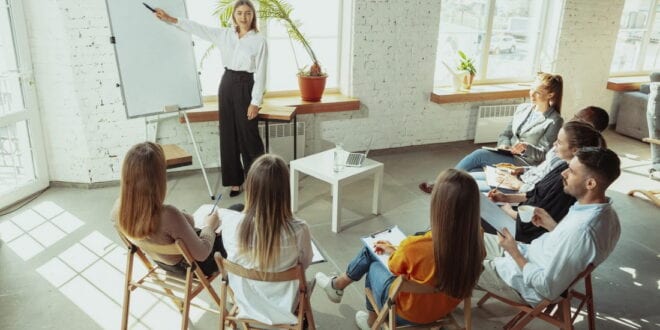 What Does MECE Mean and How Do I Pronounce It?

Abdulah Hussein 03/09/2020 Business Comments Off on What Does MECE Mean and How Do I Pronounce It? 410 Views

Business life is full of acronyms, and MECE is one you will definitely bump into if you are studying business communications.

Mutually Exclusive and Collectively Exhaustive (MECE), is a concept in management consultancy, and one you will meet regularly. We’ll cover what this means, but how do you pronounce it? Especially in a job interview, the last thing you want to do is look like a newbie by mispronouncing a fundamental term!

The problem with MECE though, is that there are two schools of thought on pronunciation. On the one hand, there is Barbara Minto, who created the concept, and on the other is the business world that has taken its own path.

Before we look at the pronunciation, let’s take a trip back in time and explore the history of Barbra Minto and MECE.

Minto is in a distinguished cohort of the first woman ever to attend Harvard Business School. Graduating from Harvard landed her a role at prestigious management consultancy McKinsey, and she became their first female consultant.

One of Minto’s great skills is writing clear and structured reports. This was quickly discovered at McKinsey, where she found herself editing reports written by her peers. Minto realized that although her fellow consultants had some excellent ideas, they couldn’t express that in their reports.

A Career Move to the UK

In 1966, Minto left the US to work in McKinsey’s London office. Unfortunately, she arrived during a period of miners strikes, causing power cuts and short working days.

Undeterred, and in typical British fashion, the team would move the office into a local pub and discuss methods and case studies.

Minto spent time in many of McKinsey’s European offices and discovered that the poor report writing she had found was not just in the English language offices.

Moving on from McKinsey

The consultancy industry hit a real downturn during the 1973 oil crisis, and despite her valuable contributions, Minto was laid off by McKinsey. It would have been easy for her to run back to the United States, but she decided to stay in London and build a business.

Since then, Minto has worked with many international companies as an instructor on business communications, including teaching at her first employer, McKinsey. She has become the consultant’s consultant!

Minto wrote the now world-famous book, The Pyramid Principle, and in it, she describes the MECE rule.

The Pyramid Principle sets out a top-down workflow, describing a method of presenting information clearly and precisely. There is a precise sequence defined by the principle:

A fundamental element of the Pyramid Principle is the MECE rule. Describing the MECE rule is a whole new article on itself. The basic principle behind Mutually Exclusive and Collectively Exhaustive is that ideas do not overlap and that all possible views are included.

How does the MECE rule work?

A simple example is dividing the population of a country into groups, as part of a marketing exercise.

Your first thought is to group people by professions, such as office workers or factory workers. These groupings will not fulfill the MECE definition, because;

A better example of implementing the MECE rule would be to divide the population into age groups, such as;

A breakdown into groups by age allows you to develop strategies for each age group. Depending on what you are marketing, the age groups can be redefined. For example, the under 16’s group would not be suitable for marketing alcohol, and you can adjust the boundary to the age of 18.

Other ways to segment the population of a country include gender, income, and standard of education. Practicing the MECE principle by segmenting the same group in different ways is an excellent way of learning how MECE works.

So, How Should I Actually Pronounce MECE?

Now we’ve covered a little of the history of MECE and Barbara Minto, let’s go back to the original question in the article. How do you pronounce MECE?

In the beginning, I mentioned that there are two chains of thought: Barbara Minto pronunciation and the business community pronunciation.

You would have thought that the person who created the concept would have the last say on how to pronounce it.

Despite Minto’s best efforts to get everyone to pronounce MECE as if it rhymes with “niece,” it just didn’t catch on in the business community.

The standard way of pronouncing MECE has become “me-see.” It is so firmly embedded that Minto’s preferred pronunciation is virtually forgotten.

Whether you believe that Minto should have the final say or not, when it comes to pronouncing MECE with your peers, then it has to be Me See. Using any other pronunciation will undoubtedly make you stand out, but probably for the wrong reasons!

Is there a right way to pronounce MECE?

Well, yes, there are two ways! If you are chatting with your peers, use Me See. If you ever have the privilege of meeting Barbara Minto, then you might impress her by using “niece” pronunciation.

In the long run, you’ll have to accept that most people mispronounce it, and you’ll be doing the same. 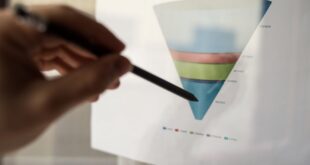