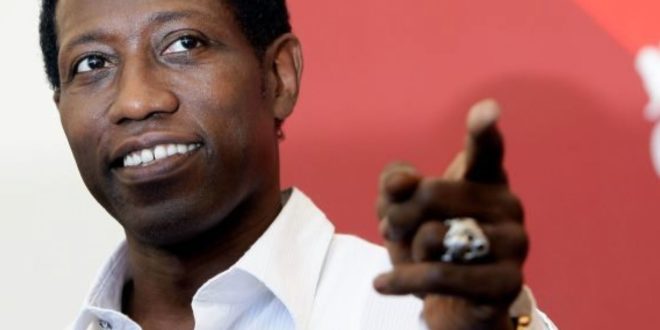 As a famous American actor, martial artist, and film producer, Wesley Snipes has already built a rather successful career. You must have watched him in some of the movies such as “White Men Can’t Jump,” “Brooklyn’s Finest,” “Demolition Man,” “The Expendables 3,” “New Jack City,” and “Blade.” He is also known as the founder of the production company Amen-Ra Films.

He was born in Orlando, Florida in July 1962 to Wesley Rudolph and Maryann Snipes. He went to Jones High School and then continued his education at the State University of New York in Purchase and Southwest College, in Los Angeles, California. The actor first got married in 1985 to April Snipes, but they got divorced only five years later. Snipes got married again in 2003 to Nikki Park.

He has had one child with his first wife (their son Jelani Asar) and he and Nikki are parents to four children: Alaafia Jehu-T, Iset Jua-T, Alimayu Moa-T, and Akhenaten Kihwa-T.

As for Wesley Snipes’ acting career, it started with his role in “Wildcats.” Then in the 1980s, we could also see him in movies such as “Streets of Gold,” “Critical Condition,” and “Major League.” And his career only continued to grow with films such as “New Jack City,” “Demolition Man,” “One Night Stand,” as well as the 1990s “The Fan’ Money’ Train,” “Sugar Hill,” and “King of New York.”

Then in 1998, he had a major role in the movie “Blade,” as he starred, produced, and action choreographed it. He was also both one of the actors and the executive producer of “Down in the Delta.” Some of the direct-to-video movies he made an appearance in include “7 Seconds,” “The Marksman,” “The Detonator,” “The Art of War II: Betrayal,” “The Contractor,” “Hard Luck,” “Game of Death,” and “The Recall.”

In addition to acting and production, Snipes was also a co-writer of a book entitled “Talon of God” in 2017.

When it comes to his awards and achievements, he won Volpi Cup at the Venice Film Festival in 1997, along with MTV Movie Awards, Image Awards, and Cable ACE Awards, and he was nominated for Black Reel Awards and Independent Spirit Award.

As one of the best-known actors today, Wesley Snipes’ net worth is estimated to be around $12 million.