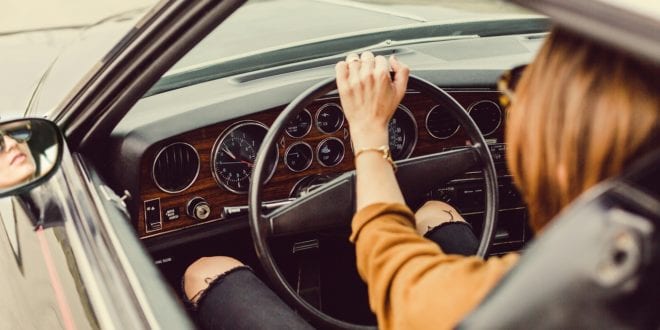 9 Vehicles That Depreciate the Most Over Five Years – 2023 Review

We are all aware that our vehicles are going to lose their value over the years, except that car is not a part of some special collection, which is a rare case, especially when it comes to standard vehicles from mass production. However, some models have a problem with their price and losing too much in their value in a short period of time.

Various factors could affect the faster depreciation than it is usual. For example, if a car proves to be a bad investment for many people, or it requires too much maintenance, its reputation will fall, which has a huge effect on the price and demands on the market. Sometimes, people are forced to sell their vehicles for a bargain price relative to what they paid for a new one.

The car industry is huge, and the market is even bigger, with a lot of new models every year. Companies are constantly developing and using various technological innovations to implement into vehicles to make them faster, more stable, efficient, and comfortable. On the other side, since people are frequently buying new vehicles, we have millions of used cars for sale. Most of the cars that are 20 or more years old are being recycled. However, there are still people who prefer old vehicles as well. If you have some old junk car, you can contact the USJunkCars.com, where you can sell your old vehicle.

The amount of depreciation is not the same for all models, and while some will lose their price in a high percentage, others, that showed as great and people are satisfied, will much slower lose in their value. If you are someone who buys a new car every five years on average, you should know about some models that would lose their value much faster, and we are going to introduce you to that models.

This car did not perform well on the market, causing production to cease in 2019. The main focus from Chevrolet with model Volt was to attract the people who prefer hybrid vehicles. However, since people are more into SUVs that run on batteries, and Volt has a high price, the market was not so enthusiastic about this model. The average price of a new Chevrolet Volt was around 38,000 dollars, while the price of 5-years old model is around 12,000 dollars.

BMW is a popular German brand of luxurious vehicles that are known for high performances and comfort. You needed around 70,000 dollars for a new Series 6 five years ago with standard gear. However, you can buy a model from 2015 for slightly over 20,000 dollars today. The reason for that amount of depreciation is that the maintenance of BMW is expensive, and owners are known for a more aggressive drive.

Jaguar is known for manufacturing luxurious sports vehicles for a long time. However, if you are buying a vehicle with intentions to replace it in a couple of years, you should know that the model XJL will lose near 70 percent of its price in 5 years. While the new model had a price of above 80,000 dollars, you can find this model from 2015 for below 30,000 dollars.

The Fusion Energi is a great vehicle, but the reason why it lost its value so much is that Ford decided to focus on electric vehicles and SUVs, and the production of this and other sedan models is canceled. You can find this great hybrid vehicle for the price between 10,000 and 15,000 dollars. Also, we are not sure how long will GM produce and sell spare parts for this model, which can also further lower its price.

Another BMW model in our list and the reasons for its high amount of devaluation are similar to Series 6. If you bought a new Series 5 model in 2015, you had to pay around 60,000 dollars for a standard version, while today, you can sell it for only around 20,000 dollars. On the other side, be sure to check the mechanics of a used vehicle, and always take someone who is an expert with you to be sure that your 20,000 for the used car won`t increase by another couple of thousand.

Having this vehicle on this list is a bit of a surprise. However, there is great competition in the category of sports sedans, and there are models from Mercedes, Audi, Maserati, which are much more popular in this segment. Also, the demand on the market for this model is quite poor. The prize for used RLX is hardly one-third of the price that you had to pay for a new one.

Even the fact that i3 is a completely different vehicle from his aggressive siblings, it shares the same status when it comes to the price of used vehicles, and it has a higher rate of price falling in years than other BMW models. Another reason is that a person that represents an average fan of BMW loves this brand for its attractive design and performances and doesn`t care so much about efficiency and gas consumption.

The model Leaf represents Nissan’s vision of a compact urban electric vehicle. However, the industry of EV is constantly developing, with improved features and solutions. The fact that its battery has a range of only 149 miles is the main reason why Leaf is losing its value so fast. You had to pay around 30,000 for this vehicle five years ago, while used one from 2015 has an average price of 10,000 dollars.

The winner in this list is Maserati Quattroporte, and the main reason for its high undervaluing over the years is that maintenance is highly expensive, especially because the engine in this model is from Ferarri.   New Quattroporte costs between 100,000 and 120,000 dollars while using one from 2015 can be found for less than 30,000.