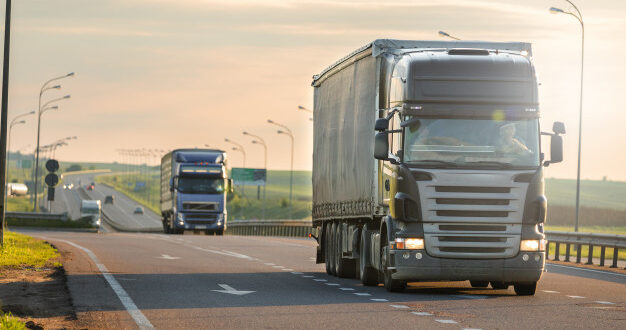 When you think about matters of high-tech, the trucking industry is probably one of the last subjects that come to mind. However, fleet managers are always looking for ways that will benefit their employees and their company. They simply prefer to choose technology that is a bit more established and that has been tested thoroughly before implementing it. Here are some of the top technologies that all fleet managers should be using to ensure they are maximizing everything that is available to them.

In the trucking industry, the way that you get to your target destination is everything. If you are not being as efficient as possible, then you are wasting money not only on bloated paychecks due to truckers driving longer than they should but also on the product not getting to its destination on time and possibly getting penalized by the contracted company. To combat this, GPS dynamic routing can be used to avoid bad weather which can make driving dangerous or traffic jams that can cause interminable delays in the final delivery. The data the GPS system sends back to the home office is in real-time so that decisions can be made in a split second.

This technology is a benefit for protecting both the driver and the company against false insurance claims. When an accident happens, it has long been the standard that truckers are instantly blamed as the cause of the accident, whether it is truly their fault or not. One reason for this is the size of the vehicle. It is easy to assume that they are the cause of anything bad that has happened. While dash cams of the past were fairly primitive but still effective, today’s dash cams are high-resolution and can see in more directions than just forward. Accelerometers are used to monitor the speed of the truck as well as if hard braking was involved. The video that is recorded can be used in the event the matter is taken to court. Since this technology can result in fewer successful claims against the company’s insurance company, it can also result in a decrease in insurance premiums as well.

Advanced technology is used to help prevent collisions. They can monitor the road in front of them for any obstacles that may be present and they can even help to prevent rollovers. This is particularly useful when hazardous cargo such as fuel is being transported. In fact, some companies such as Samsara.com have technology that can communicate with drivers when they are approaching areas that are known to have a high rate of accidents. This is information has been correlated with law enforcement agencies around the country. Information regarding the loads can be electronically transmitted to weigh stations so that the trucks can legally bypass them and continue on their way without the need to have to pull over. For a guide on the best collision mitigation technology, click here for more info.

With this type of technology, drivers are scored on their driving behavior on a continual basis. Telematics can monitor such things as braking behavior as well as swerving, but the latest technology can make the playing field fairer between drivers by taking into account such things as the type of load and the kind of truck being driven. These things are all factors when comparing potential mpg. Cameras with 360-degree vision are capable of reporting data in real-time. What this means is that any coaching taking place is far more effective than it has been in the past when the only data that could be used was that taken from human observers.

It is no longer an option to have electronic versus manual logging in place. The Department of Transportation has enacted a law that all companies engaged in interstate trucking will have to have these devices in place to be able to do business legally. These systems work by electronically monitoring how long the driver has been on the road and if they are staying within the legal guidelines. While these devices were initially met with resistance from long-time truckers, they have become welcome in trucking culture when it was obvious that they were responsible for keeping truckers much safer than they had been in the past.

Stolen trailer may not seem like an issue to the average citizen, but it is actually a problem that many trucking companies face. When tracking devices are installed in trailers, it makes them far easier to be able to be tracked in the event a trailer is stolen or even if it is heading into an area known to suffer from a high crime rate. This technology is also quite useful for tracking other things such as shipping containers or if your trucking company is also in the business of renting out trailers. Exact billing can be performed as the exact location of the trailer can be determined at any given time.

This is another form of technology that has become legally mandatory for companies who are transporting food meant for human or animal consumption. Many of these products must be kept at a certain temperature. Sensors added to the trailers can monitor the temperature and ensure to the end company that the load has been consistently kept at a specified temperature. They can also warn the driver or the home company if the load is approaching a danger zone in regards to temperature.

While this technology is not prevalent in the trucking industry as of yet, it may soon become quite common to see. The industry is experiencing a trucker shortage. In order to combat this problem, self-driving technology is being developed, much in the same way that self-driving automobiles now exist and are being used on public highways. While government regulations are not yet in place, there are major talks already in progress to make sure this technology will be widely available. 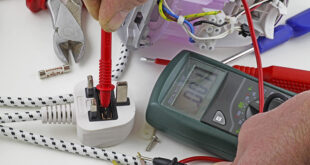 Can You Pat Test Your Own Equipment – 2023 Guide