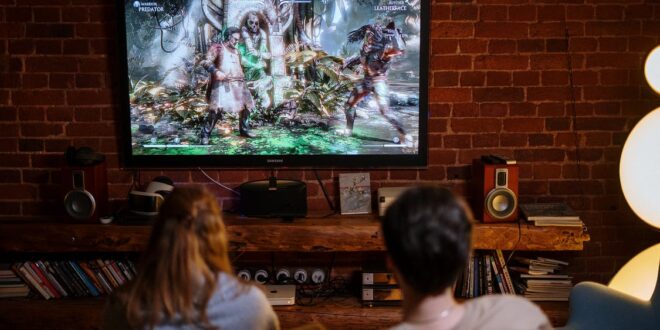 We begin with Slither.io and this has remained one of the most popular browser games having been released in 2016. Players have signed in over 60 million times to play Slither.io and you can choose the colour and style of your worm before entering battle. Your worm starts small and grows as you eat pellets but the bigger your worm gets, the slower it moves. You must decide if you want to play aggressively and get bigger quickly or play a more tactical game and remain mobile.

Next, we come to a fantasy game called League of Angels– Heaven’s Fury. You can choose between several characters, including an archer, mage, and dragon. Having picked your character, you must recruit a team consisting of both angels from the light and dark worlds. The aim of the game is to use your group to destroy demons and beasts, in what is a stunning fantasy world. As you progress in the game you can improve your skills and it is extremely addictive.

Although not an individual game, online casino games are some of the best browser games you can play. You can choose to play demo versions of some casino games or play using real money. The casino games at Casumo.com are a good example of the high-quality browser-based casino gaming you can enjoy in 2023.

Pokémon has long been popular both online and offline but for those who want to enjoy a Pokémon browser game, Pokémon Showdown is a wonderful choice. This is more of a competitive game as opposed to some other Pokémon games available on PC. There is plenty of depth in Pokémon Showdown, including battling, statistics, and techniques to be mastered. You can build a team of

Pokémon from scratch and battle with other opponents online all within a web browser.

For those enjoy strategic games, with a strong story mode we recommend playing Lords of the Arena. This browser-based game is one of the top games you need to try in 2023 because there are over 30 different characters to choose. You can play against other people online or form an alliance and join forces. Your heroes can be equipped with weapons and magic in a bid to defeat the monsters lurking in the shadows.

Moving from the land of fantasy to the open expanse of space and DarkOrbit Reloaded is one of the top 10 browser games you must try in 2023. Originally released as DarkOrbit a few years ago, the game has since received an update and been rebranded into the excellent game you can play today. You are in control of a spaceship, and you need to equip and improve the ship before going into battle against aliens. The latest version of the game boasts 3D graphics and Ultimate Battle Arena, which is a multiplayer mode. For those who want to play DarkOrbit Reloaded competitively, there are eSports tournaments to join.

From a fantastic game in terms of graphics to one featuring a simpler designer and Helicopter Game can both enthuse and frustrate in equal measure. Helicopter Game is the easiest game to start playing of all the browser-based games on this page, but you will find it addictive. The aim of the game is to keep the helicopter in the air for as long as possible without crashing. It sounds easy but having to control the helicopter with your mouse is not as simple as it seems and before you know it, the helicopter is spinning out of control. Despite the basic graphics and gameplay, you will keep coming back for more.

Returning to the space theme and Mars Tomorrow is a fantastic browser-based game and one of the top online games of 2023. You have landed on the planet Mars and your job is to make the planet habitable for human life. You must explore the planet and use everything at your disposal to build a colony. You can join forces with other players to make this happen and Mars Tomorrow is a great game to play if you enjoy working together with other people rather than always competing against them.

One of the most popular browser games in 2023 is Forge of Empires. For those who like playing the Civilization and Age of Empires games, Forge of Empires is the perfect choice. You begin the game in the stone age and have only a few small huts and a couple of men in your clan. The free to play browser game sees you expand your clan and progress through time as you research various aspects of life, including science, welfare, and weaponry. Building, trading, and battling are all part of the game and Forge of Empires can easily consume hours of your time daily.

Finally, in our run down of the top 10 browser games you must try in 2023, we come to GeoGuessr. This game uses the street view on Google Maps and Mapillary to find random destinations on the planet. The game will place you somewhere using street view and with only a compass and what you can see around you, your task is to guess where you have been placed. You can use the climate, landmarks, stores, architecture, and vegetation to guess where you are, and it feels as though you are travelling the world. GeoGuessr is easy to play, and you can enter the game whenever you like, without worrying about having to dedicate hours of your time.