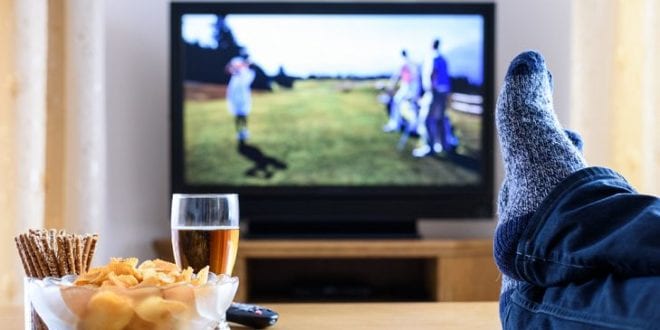 Going through our daily chores and responsibilities wears us out from time to time, and whenever we feel like we need to relax for a bit, we’re trying to find the best and most entertaining way to do it. Some people love to socialize, others want to party, but there’s always this special group that enjoys staying at home and watching some top-quality TV Show content.

Currently, TV shows are as popular as films, and for some people, they are the better entertainment option because instead of two hours, you have entire seasons of endless fun.

Nowadays, you can find a TV show for almost anything that you’re interested in. If you are into cars, there’s a bunch of shows for that, and the same thing goes for sports and almost anything else that you can imagine. However, some people enjoy watching Crime TV shows and documentaries, and you can’t blame them, because these things are really exciting to watch.

In this article, we are going to list our top five crime TV shows, so if you are currently out of ideas about what you should be watching next, feel free to stay with us until the end. Let’s take a look.

We cannot begin our list without placing this absolute masterpiece on the first spot. Dexter is a TV show that has all sorts of unexpected events in it, and most of the time you will be shocked by the things you see, but also entertained at the same time. The show has many seasons, and all of them focus on a different criminal mastermind that Dexter has to catch and eliminate.

Dexter is a professional forensic expert who works for the Miami police department, but that’s only the side that people know about him, the other one is kept in secret. When Dexter takes sees that a certain crime is way too smart for the police, he decides to take things into his own hands. During the night, he’s a hunter himself, and the rest of the content we’re not going to spoil because this TV show is the best crime action drama that you’ll ever find. Make sure that you watch it.

If you are into some “hardcore” FBI investigation shows, Criminal Minds is the right Mystery-Drama content for you. Every single episode focuses on something new, and you’ll never really feel bored because all of the cases that the police are investigating are unique and somewhat shocking. Be careful though, this TV show is not for the faint-hearted, because there are some graphically displayed things.

The characters are well developed, and there are many reasons that you can watch, so don’t worry about it ending too soon, you’ll have hours of entertainment. There are some rumors about new content coming out as well, and we’re pretty hyped about it.

One of the best TV-Series ever made, and although many people classify this as action-drama, they forget the fact that the main character, Walter White is the biggest criminal in the entire story.

Breaking Bad came out in 2008, and ended in 2013, and since then it has been known as one of the highest-rated TV shows. It won tons of awards for acting, storytelling and a bunch of other things, so if you haven’t watched it yet, and you’re looking for a great Crime Show, this is probably one of the best things that you’ll spend your time on.

Since Breaking Bad is so famous, you’ve probably already seen a couple of scenes from it, but that shouldn’t stop you from fully experiencing the story of the chemistry teacher suffering from inoperable lung cancer.

A Netflix Original film named El Camino came out about a few months ago, and it serves as a small sequel to the things that happened after the final episode of Breaking Bad, so if you didn’t have enough of this crime-drama masterpiece, make sure to watch El Camino as well.

There’s a big chance that you’ve heard at least once in your life about the infamous Columbian drug lord Pablo Escobar and the things he managed to do in life before finally being caught by the police. Narcos is a TV show that has incredible ratings and some of the best critiques ever, and it dedicates the first two seasons entirely on Pablo and how things were during his epoch.

You get to see everything through the eyes of a detective that has the goal of catching Pablo before he creates more chaos in the country, and in the world, so hang tight because this show is filled with shocking moments and insane plot-twists. Another must-watch title if you ask us.

Although the first two seasons are the ones with the highest rating, the other two are amazing as well, but people didn’t seem to like it all that much after the police put an end to the story of Pablo Escobar. Every episode is worth watching though, the storytelling is amazing and you’ll never feel bored while this is on.

This show appeared in 2008, and it ended in 2014 with one of the best season finales that we’ve ever seen. The main character in this one is Jax, a young prospect of a motorcycle club that his father once owned but is now being run by another person. Jax is a character that you’ll often associate with, especially in those moments when he has to make some of the most difficult decisions in his life.

You’ll love some characters, but then you’ll hate them in the next episode because this show truly shows you how people can change in a moment when it comes to power.

There is a lot of action in this show, many plot-twists and more than enough reasons to keep you entertained for an entire month, or a week if you get “addicted” and binge-watch the entire show just like we did.

If you are into the biker culture, you’ll have an even better time watching this, because that’s what the entire show is about.

Previous Top 5 Bitcoin Mining Sites in 2023
Next Is A Standing Desk Good for Lower Back Pain? – 2023 Guide 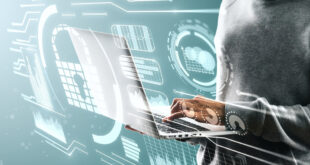 How Much Cryptocurrency Is Mined Through Cryptojacking 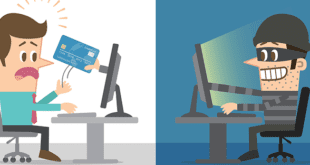 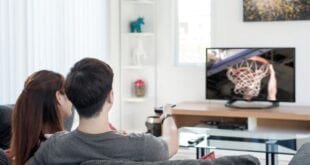 How Are TV Viewing Trends Changing in 2023