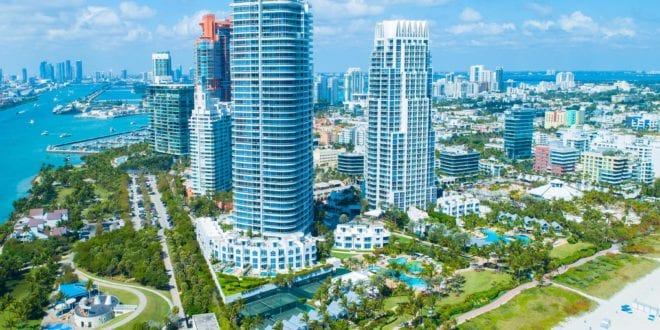 Living in Florida has lots of perks. From its mild climate and beautiful beaches to a friendly population and top-tier universities, the Sunshine State offers plenty of opportunities for young and old alike. Even its real estate market offers properties at prices more reasonable than other, less desirable locales.

But like anywhere, there’s a dark side. And like Florida’s idyllic sunshine, it also comes from the weather. While Florida winters are enviable for those of us who live in more temperate climes, with its coldest days in the 50-degree Fahrenheit range, summers bring another less desirable weather condition: hurricanes.

As someone who grew up in tornado alley, I understand the impact of storms. Nowhere in Florida is completely safe from hurricanes. Still, there are parts of the state that are safer, getting hit by these monster storms less than others.

Here’s a list of the ten least likely cities to get hit by hurricanes in Florida:

These rankings are based on the number of storm events, storm-related deaths and injuries, and storm-related property damage between 1965 and 2014.

It’s no surprise that North Central Florida has four of the top ten hurricane-resistant cities on the list. Gainesville (9), Ocala (8), Lake City (6), and Palatka (5) are all well inland, which by itself helps mitigate against hurricane damage.

With a population of over 120,000, Gainesville has become a popular place for millennials, not surprising as it’s also among the 35 cheapest places to live in Florida. Just half an hour south of Gainesville on I-75 and with 50,000 residents, Ocala is minutes from the sprawling Ocala National Forest. On the I-75 corridor forty minutes south of the Georgia state line, Lake City, with a population of 12,000, is touted as one of the fifty cheapest places to live in the state. Palatka is in Putnam County, along the St. Johns River south of Jacksonville and about an hour directly east of Gainesville, a town of just over 10,000 residents that’s beginning to grow.

The Orlando metropolitan area, with a population of over two million, has four of the top ten cities on the list, and Orlando traditionally has been known to be safer from hurricanes than other parts of the state. Kissimmee (4), Sanford (3), Orlando (2), and Leesburg (1) are all inland as well, though the metro provides more big-city amenities due to its more concentrated population.

With a population of 65,000, Kissimmee is the third most popular place to raise a family in the state as well as not having been hit by a hurricane or tropical storm for the period evaluated. Sanford, with a population of 50,000, is among the top 50 places for singles. Orlando proper, with more than a quarter-million residents, offers a diverse population and the amenities of a large city. With more than 20,000 residents, Leesburg is one of only two cities on the list that was not hit by a hurricane or tropical storm.

Surprising as this may seem, two coastal Florida cities made the cut. Fernandina Beach (10) and Naples (7) both are in the top 10 of hurricane-resistant Florida cities.

Situated on the Gulf Coast in South Florida, Naples is one of the fastest-growing cities in the state and a top destination for those relocating to Florida. It also comes in as one of the 10 best places to raise a family and to live overall in the state. Additionally, it’s one of Florida’s thirty richest cities.

In Nassau County just to the north of Jacksonville, Fernandina Beach is a small city of 12,000 along the Atlantic coast that ranks in Florida’s top 100 best places to live, to raise a family, safest places, best cities for singles, richest cities, and cheapest places. If you are planning to buy a house or rent in a new city, we recommend that you read this lease document on the link here. You can find a lot of necessary information.

Hurricanes combine violent winds that can rip out trees or take the roofs off houses with flooding coming not only from storm surges but from massive amounts of precipitation as well.

Data from the Hurricane Research Division of the Atlantic Oceanographic and Meteorological Laboratory states that about 40% of all hurricanes hitting the US hit Florida, slightly less than those hitting Texas, nearly half of hurricanes. Forty died in Hurricane Michael with over $3.4 billion in damages in Florida.

Because of Florida’s latitude and position between the Gulf of Mexico and the powerful Gulf Stream current, it occupies an area between two bodies of warm water that makes it particularly vulnerable to hurricanes. With climate change, the power of hurricanes and other tropical storms are set to intensify.

As our planet warms, it creates the perfect environment for monster storms. As the atmosphere heats, it holds more moisture, meaning storms with heavier rainfall. More intense winds create stronger storm surges. Both of these elements mean more flooding.

While many insurance companies avoid providing homeowners’ coverage because of the risk of hurricanes, some companies like kin.com still provide affordable coverage in the state. Make sure you get a specific flood policy because standard coverage options will not cover homeowners from flooding caused by hurricanes. Getting a quote from a reputable company for major risks like hurricanes or flood damage can help mitigate against disaster, and give you peace of mind. 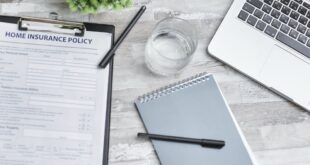 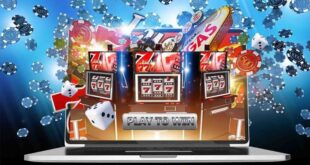 ​The Growth of Online Casinos in Florida in 2023 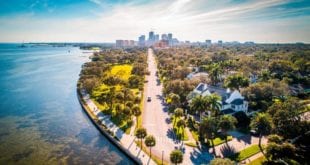 5 Most Affordable Waterfront Cities in Florida To Live in 2023