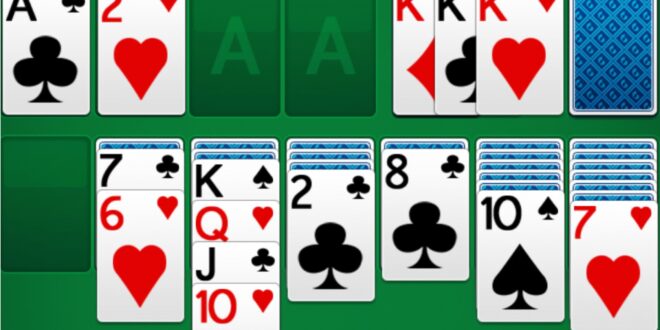 The growth of the online gaming market is good news for gaming enthusiasts and non-enthusiasts who are craving entertainment. The pandemic has transformed lives and made people wary of social gatherings, and therefore, mobile games are the best option to stay engaged. Cube Solitaire is one of the highly sought-after games that people used to enjoy on their personal computers but can now enjoy on their mobile phones.

Cube Solitaire is a popular variant of Solitaire, and the rules of the game have a slight twist so that it is fast-paced. It is played with fifty-two cards and four suits. The game’s fundamental aim is to create a sequence of the same suit from Ace to King, and place it in the foundation pile. After you have downloaded the Cube Solitaire application, you can choose to play a match or enter a tournament in a 1VN and 1V1 format.

Each game lasts for only five minutes, which means players have limited time to make sequences, and immense skill is required to beat the opponents. To win the game, you must be the player who completes the goal of the game or score higher than others.

Unlike other mobile games, Cube Solitaire showcases simple and clean gameplay. Therefore, the game is perfect for not just experienced players but also beginners.

In simple words, you will be playing Cube Solitaire against one or multiple opponents depending on your chosen battle. You must make relevant sequences and transfer them to the foundation pile. The game takes place for five minutes, and you must be the first player to score higher points or complete the objectives to beat your opponent and win the game. To know more about Cube Solitaire, click here.

Do you need help winning Cube Solitaire? Read along to know a few tips and tricks that will help you become triumphant.

Larger stacks must be exposed first

When you wish to expose hidden cards, you are advised to choose columns with large stacks behind the current face cards. Revealing larger stacks of hidden cards offer you a better chance of exposing useful cards. Then, the cards can be used to build a sequence.

When filling a slot, think of colors

Selecting a King in black or red color to fill an empty space is a huge decision. Why, you ask? Whatever color you choose will dictate the color order for that pile for the rest of your game. So, you need to consider carefully what Queen and Jack cards are available to you to ensure easy stacking of cards as you advance.

You must never keep a spot empty without placing a King

Both beginners and experienced gamers are guilty of the mistake of emptying the tableau spots when it comes to removing all the cards from that specific slot. However, if a King isn’t placed on that spot, the space will remain empty because those spaces can only be filled by Kings.

Without the King occupying the space, the entire column will be blocked off unless you reveal a King.

Even though it seems simple, many players make the mistake of building their piles and moving their cards around on the tableau without turning up the first deck card.

So, when you play Cube Solitaire, ensure to reveal the first deck card on your first move as it will provide you with additional options for building foundation decks. After all, more options are better.

Even though it may seem counterintuitive, you might face problems when trying to move cards to the upper Ace stacks above the primary tableau, especially if you need those cards to maneuver the piles below.

You must always carefully think before building your Ace stacks because once you move cards into the stacks, you cannot recover them, and they might lock you into a losing situation. Since the game only lasts for five minutes, you cannot waste precious time feeling stuck or locked.

Shuffling cards from pile to pile might be tempting and you might be lured toward building the pile up slowly. But locking high value cards of various colors behind lower cards can be disastrous. You’ll essentially lock yourself out of the game and let your opponent win.

So, you must never move cards without reason. For instance, if you wish to reveal a hidden card, move the cards. But don’t move cards only to build piles.

Play the Ace or Two

In the game, it is one of the pro moves of experienced players. First, the Aces can go up to the foundation, and second, the deuces or two will likely follow shortly after.

The Cube Solitaire game is for anyone seeking to pass their time. If you are a beginner and wish to hone your skills, you can start playing in the practice leagues for free and observe other players. If you are an experienced gamer, you can participate in cash tournaments and even win big. However, to participate in cash tournaments, you need to check the regulations of your state. So, download and explore the fast-paced world of Cube Solitaire.

Previous How to Hire a Professional Electrician for Safe Electrical Repairs
Next How to Make Your Digital Transactions Faster, Cheaper, and More Transparent? 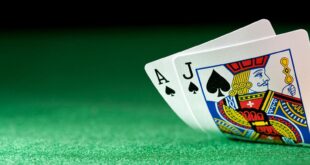 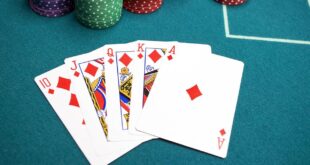 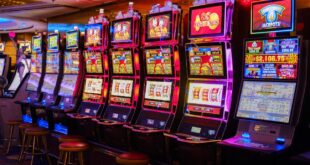 Is It Possible to Win in Slots All the Time, and How?