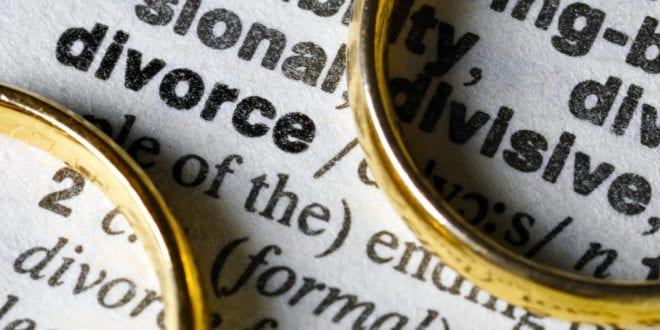 The Most Common Reasons for Divorce

Even though most people marry with the belief of living happily ever after, the reality of it is that marriage, just like any other relationship, requires a lot of effort, work, and sacrifice. Being in love is simply not enough and without other elements such as communication, compromise, stability, and equality, everything can start falling apart over time.

There are numerous motives behind people’s decision to get a divorce and it is a difficult, often painful and unpleasant thing to go through. And although feeling lonely, heartbroken, or even angry are completely legitimate feelings, it might be comforting to know that, unfortunately, many others go through the same experience.

However, knowing why many couples separate might be helpful to individuals who are also experiencing problems in their marriage. After all, knowing the mistakes others have made might help a person learn from them and try to fix their own problems before it is too late. That being said, here are some of the most typical motives behind why people decide to end their marriage.

Money is essential for living and impacts people’s lives in many ways. As such, it is also the root of many marital problems. Many financial factors can strain a marriage from differences in salaries which can cause a power struggle, different spending and saving habits to contrasting long-term financial goals, and more.

Such problems often lead to arguments or to the lack of communication and financial struggles are, in many cases, the primary reason people decide to separate.

2. Insufficient or No Communication

The lack of communication can often lead to resentment and frustration which then affects all aspects of a marriage. Constantly yelling when something bothers you, not expressing dissatisfaction with your spouse’s attitude or behavior, making ugly comments, letting all your negative feelings fester for long, or not talking enough when you are together all lead to communication issues.

These unhealthy methods are another big reason marriages end. Although it might be difficult, mindful communication leads to a strong relationship. Knowing how to talk to each other, as well as knowing when the right time and place for discussing your issues is often the foundation of a strong and healthy marriage.

3. Lack of Affection and Emotional Intimacy

It is quite normal for long-term relationships to change over time and become less about physical contact and attraction and more about a deeper kind of love. However, this does not mean that a person should stop showing any kind of affection towards their spouse.

Asking about their day, how they are feeling, sharing pecks on the cheek, hugs, kisses, and the likes are all great ways to maintain intimacy. This is why the lack of such actions can make a person feel rejected or as if their partner has completely lost interest in them. They might feel unloved and unappreciated which can lead to arguments, straining the marriage and resulting in divorce.

Although it is one of the main causes of marital breakdowns, the reasons why people engage in extramarital affairs are much more complicated than what most people think. Often, these actions are fueled by feelings of resentment, anger, and the lack of emotional intimacy. It also often begins as a friendship that only later develops into something more.

When this happens, many people can tell that something is wrong. Some even go as far as to hire licensed professionals to look into the suspected spousal infidelity. You can visit robisonlegalservices.com if you are interested in learning more.

For these reasons alone, infidelity is something that can never stay hidden forever and once discovered, it leads to the break of trust, feelings of hurt and anger, and the lack of communication which, understandably, leads to divorce in the end.

5. Getting Married Prematurely or for the Wrong Reasons

Married couples in their 20s tend to get divorced the most often. There are many reasons why this is the case. Firstly, young couples are generally less financially stable, so money quickly becomes an issue.

Maturity levels might differ, so properly communicating might be difficult as well. Not to mention, having children is a huge responsibility that requires a lot of time and work, so it can often be very stressful for younger couples.

Having unreasonable expectations about marriage is another reason why people decide to end it. Living in constant happiness is not possible since any relationship, not just a romantic one, has its ups and downs.

Overlooking a partner’s character flaws just because of their appearance or getting married to them just because they have an addiction and one wants to save them is wrong. Understanding that reality is different from what one sees in movies is extremely important.

Constantly fighting over the same thing, shouting at each other instead of talking maturely and reasonably, not understanding the other person’s point of view, bickering, arguing over the simplest things, and never coming to a resolution or solution are often what leads to the breakdown of many marriages.

Constant disagreements can often lead to resentment and without effective communication to divorce as well.

As superficial as it sounds, a spouse’s change in appearance can sometimes lead to separation. Putting on a drastic amount of weight can cause a lack of attraction and as such, it can lead to a decrease in commitment and intimacy.

Unfortunately, if one’s partner suddenly slims down a lot and starts gaining the interest of others, it is something that can also result in marital issues such as jealousy or the lack of trust.

Knowing the signs of a troubled marriage and being aware of the issues can give one control and time to try and fix things. However, if one has given their all and tried their best and nothing has worked, it might be time to give up. As sad and painful as it may be, putting an end to a marriage is sometimes unavoidable and more often than not the best decision to make. The Emotional Advantages Of Allowing Sex Toys In Your Relationship