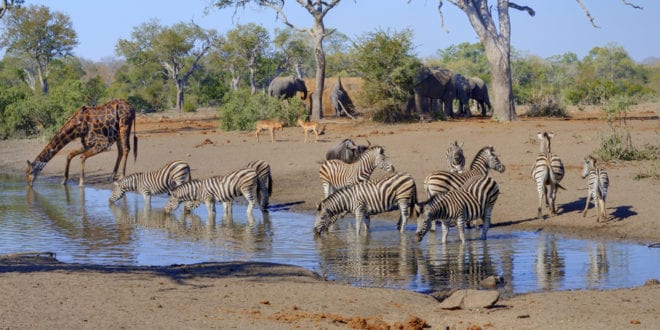 What comes to mind when the word safari is mentioned?

To some, an African safari is nothing more than an ordinary game drive in search of the big 5. However, those who have ever gone on a vacation in Africa will readily tell you that African safari tours go way beyond sighting the Big Five in their natural elements.

Africa has national parks and gamer reserves spread across its terrain, and each park has its unique highlights. For instance, you could choose to tour East Africa to catch a glimpse of the Great Wildebeest Migration, or head to Southern Africa to unpack the historic flooding at the Okavango.

Without further ado, let’s review some of Africa’s most iconic national parks and game reserves.

Masai Mara is arguably the best destination in Africa for game drives. The reserve boasts the highest wildlife density in AFrica with over 96 different species of Mammals and over 450 avian species. In 2017, Masai Mara was voted Africa’s leading national park by the world travel awards.

Masai Mara is located in the remote outposts of Kenya’s southwestern plains, about 260 kilometers from Nairobi. The best way to get there is to fly into the Mara Serena Airport that’s located within the park. However, you can also drive from Nairobi to Narok town, then exit the highway and follow the Narok-Sekenani road, which leads straight into the park.

Masai Mara is home to Africa’s Big 5 – Lions, Leopards, Elephants, Rhinoceros, and Buffalos. The Mara is also a haven for over 100 animal species, including zebras, cheetahs, spotted hyenas, etc., plus more than 470 bird species.

But the park’s greatest highlight is the Great Wildebeest Migration. This is a historic migration where millions of wildebeests, as well as zebras and Thomson’s gazelles, cross into the Mara from the neighboring Serengeti National Park in pursuit of the rains.

The best place to catch this long and treacherous journey is at the Mara River that lies directly along the migratory route. Here, thousands of the crossing herds are ripped apart by Nile crocodiles that rule the waters, with hundreds of other herds dying from the ensuing stampede.

The Great Wildebeest Migration takes place between July and October, but now one knows exactly when the migrating herd will start crossing the river. Working with safari lodges in the Mara or a Nairobi based travel agencies such as Masaimarasafari.in or AjKenyasafaris.com can help you determine the best time to visit the reserve for a wildebeest migration safari. Their tour guides are Kenyan born and bred, and they will help you keep a tab on the location of the herd.

The Serengeti National Park in Tanzania seamlessly overlaps with Kenya’s Masai Mara National Reserve. Serengeti is located 325 kilometers from Arusha city, and the best way to get there is to fly into any of the airstrips located within and right outside the park. Examples include Lobo, Serengeti Kusini, and Seronera.

Like the Masai Mara, Serengeti is also quite vast, with sections of it overlapping into the Ngorongoro Conservancy Area. Also, the park boasts all of Africa’s Big Five, plus hundreds of other animal and bird species.

The Serengeti is divided into three regions namely, the Southern Plains, the Western Savanna, and the Northern Serengeti.

The southern plains are mostly dominated by grassland vegetation and is an excellent place to catch big cat hunts. Serengeti herds, mostly the wildebeest, congregate here during the calving season.

From around April, the herds begin to move towards the western savanna regions of the park, on a journey that eventually culminates in Kenya’s Masai Mara.

As the herds advance north, they have to cross the Grumeti River, where hundreds of them face savage crocodile attacks.

The migration proceeds to the Northern Serengeti when the herds cross the Mara River into Kenya’s Masai Mara. While Masai Mara Migration of wildebeest happens in around two months, the herds are always on the move in the Serengeti.

The best time to visit is around May when the Great Migration reaches the Grumeti River.

Exits East Africa enters Southern Africa, and there’s no better place to begin your tour than at the South Luangwa National Park in Zambia. South Luangwa is located in the northern outposts of the country. Most tourists traveling to South Luangwa fly into the Mfuwe International Airport, which is located just outside the park. South Luangwa is a 2-hours’ drive from Lusaka, making a road trip another excellent option of getting there.

Like most national parks in Africa, South Luangwa is a haven for the Big Five. It especially prides itself on its high concentration of the elusive African leopard and other unique species, such as the Cookson’s wildebeest, Crawshay’s zebra, and the Thornicroft’s giraffe.

During the dry season, most animals in the park are concentrated along the lagoons, which form from the meandering flows of the mighty Luangwa River. Here, you can see scores of grazers, from Cape buffalos to warthogs, elephants, rhinoceros, etc. And where this prey grazes, their predators, like lions, leopards, and spotted hyenas are ever close-by. The Luangwa River also plays host to Nile crocodiles and hippos.

The dry months of September to October are the best times to visit South Luangwa.

The Okavango Delta is famous for the seasonal flooding that’s caused by the Okavango River, a phenomenon that attracts wildlife from all corners of the park. When the floods peak around June to October, the adjacent plains become lush, drawing thousands of herds to the delta, much to the pleasure of their predators.

The most ideal way to get to the Okavango is to charter a flight from Maun Airport. Most flights end up near the delta, after which you’ll take a boat transfer to whichever location you’re visiting.

The Okavango is a wildlife paradise, with more than 200 species of mammals, as well as 150 species of reptiles and 400 species of endemic birds. But while you can sight all of Africa’s Big 5, you can only spot the black rhinos at a conservancy in Chief’s Island. Years of poaching significantly reduced the population of rhinos in the park, prompting the government to take measures to save the remaining few. However, the park makes up for that by its high concentration of elephants, with close to one-sixth of the world’s elephant population residing here.

The best time to visit is during the dry seasons of May to September.

Kruger National Park is tucked away in South Africa’s northeastern region. The fastest means of getting there is to fly into any of the airports located in and around the park. Examples include the Kruger Mpumalanga International Airport, which is situated about 40 km from Kruger Numbi Gate, Phalaborwa to the north and Hoedspruit located in the central regions of the park.

Kruger National Park is famous for its rich diversity of flora and fauna. The park contains over 330 tree species, 49 species of fish and 34 amphibian species. There are also 114 reptile species, as well as 147 mammal and 507 bird species. Kruger prides itself on its high concentration of rhino and elephant populations, numbering about 8,000 white rhinos, 350 black rhinos and 12,000 elephants. Other members of the Big Five population include about 1,500 lions and 1,000 leopards.

The Kruger is also a paradise for lions, leopards, hippos, waterbuck, giraffes, blue wildebeest, spotted hyenas, to mention but a few. The best time to plan your trip to the Kruger National Park is during the dryer season of April to September.

All the national parks and game reserves that we’ve reviewed here are famous for their high concentration of the Big Five, making them the travelers’ favorite. But as we mentioned, Africa teems with hundreds of other parks, most of which have unique wildlife that you’ll sight nowhere else in the world.

Are Cryptocurrencies Set to Soar in Africa in 2023? 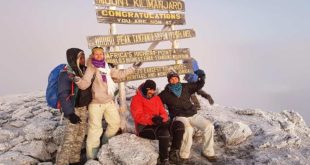 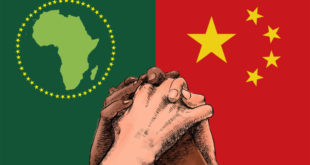