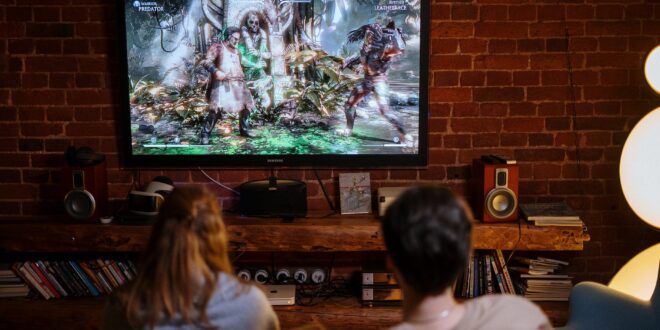 How Technology Has Changed Gaming

Gaming has been a huge hobby for millions of people for many years with the gaming industry currently being at an all-time high with there being more gamers now than there ever has been before.

Technical innovation is the key element that has enabled the development of an industry that is enjoyed by billions of people around the world every day. And as things look, a bright future awaits this industry. Already today, for example, mobile is the fastest-growing gaming platform that took over 45 percent of the market last year.

Also, there are now thousands of different games to choose from with the gaming market hitting new targets each week with the number of new people that are taking up gaming as a hobby.

More devices to play from

The pandemic caused the gaming industry to change with technology changing. They also needed to change to make sure that they kept up with the demands of the gamers. You can now game from all smart devices so mobile gaming has become more popular than ever before with there being so many different mobile games to now choose from to play on.

Although it still represents a relatively new segment, the development of this branch of the gaming industry is amazing, to say the least. More than 2.4 billion people played mobile games last year! The popularity of mobile games, of course, is partly due to the fact that it offers an innovative user experience, and it seems that with the advent of 5G networks, these pocket consoles will change the industry even more.

Technology has helped to change the gaming industry with games now offering the best gaming graphics and technology around so it does not matter what device you use to game on you can get a great gaming experience from all different types of technology and smart devices. The gaming world since upgrading its technology and being available on more smart devices has seen a large increase in the number of people who are taking up gaming as a hobby during their spare time.

Virtual reality and cloud gaming are now used more than ever

We’ve mentioned how gaming on different devices like smartphones, has changed the experience and made more and more people enjoy it. But mobile is not the only future the gaming industry will expand into. Far from it! The development of virtual reality is another segment that will surely leave a deep mark once it becomes even more accessible to the market. And thanks to the accelerated development of networks, cloud gaming is also recording significant growth. More and more players are opting for stable fast connections for streaming games than for playing on consoles.

Gaming has turned into a sport

Since most of the favorite games have moved online, it became a good reason for players to connect to each other online, and form guilds to play together. This resulted in gaming competitions being organized all over the world, which have further developed into a phenomenon called esports. One may ask, where are sports in playing video games? It’s not like you need to have skills like soccer and be well trained for it. Well, every experienced gamer will say it’s a sport because you have the equipment you play with, the points you collect and you have to be trained to play on a professional level. Therefore, esports is in theory no different from, for example, darts or billiards. All people need to do to accept it, is go beyond the usual sports pattern.

Is there anything else to look for in the future?

When you compare how gaming used to feel ten years ago, and now, it is really hard to think that there will be something new and innovative coming, that hasn’t been introduced yet. However, there is exciting news that the further development of the industry may soon give the world personalized games that automatically generate content tailored to the needs of each player based on their settings on the data of the player. This will set up an entirely new milestone that will be very hard to beat.

Technology is always changing, and the gaming industry has had to make sure that they change as well to make sure that they are always offering their gamers the best possible games to play on that are compatible with all different types of gaming devices. Gamers can now play their favorite games on smartphones which have proven to be very popular amongst gamers with them being able to play their favorite games from the palm of their hands with them just needing to have a mobile data or WIFI connection to access the platforms. Mobile gaming is starting to take over the gaming world with more gamers preferring to play on mobile devices due to the flexibility of being able to play the games from all over the place instead of being restricted to just playing from a console or a pc from home.

Previous How to Know if You Are the Father of Your Child: Paternity Tests You Can Trust
Next What Is Covered Under Title Insurance