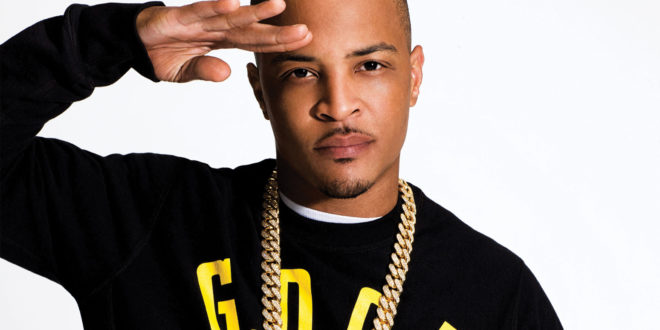 T.I. is a famous American rapper and actor. He started his rap career as a teenager and has released 9 studio albums, 110 singles, 13 mixtapes, 5 EPs, 1 soundtrack album, and 1 promotional album. Let’s learn more about his life and net worth.

On 25th September 1980, Violeta Morgan and Clifford Buddy Harris Sr. welcomed their son Clifford Joseph Harris Jr into this world. T.I. or Tip was born in Atlanta, Georgia, and grew up in the Center Hill Neighborhood of Atlanta. He dropped out of Douglass High School. T.I. has three children with his wife Tameka Tiny Cottle, whom he married in 2010.

He has three more children, a daughter with Ms. Niko and two children with Lashon Dixon. Ever since he was 14 years old, T.I. has been arrested several times. In 2015 he has been involved with tax issues worth $4.5 million.

His first studio album I’m Serious was released in 2001, on Arista Records. In 2003 he released a second album, Trap Muzik, which became platinum, and the year after, third album Urban Legend. His first multi-patinum album was released in 2006 under the name King. In 2007 T.I. vs. T.I.P. was released, and the next year it was Paper Trail. T.I. is set to release a new album called The Dime Trap. His other albums were No Mercy, Trouble Man: Heavy Is The Head and Paperwork.

Some of his mixtapes are In Da Streets, A Year And A Day, G.D.O.D., and G.D.O.D. II. He collaborated with numerous artists including Destiny’s Child, Memphis Bleek, Justin Timberlake, 2Pac, Nicole Scherzinger, and Nelly. T.I. also has released 1 video album and 58 music videos.

This soldier knows
No Limit!!!!!
When it’s UP…It’s UP#BettaKnowIt pic.twitter.com/WPjqeJ3z8o

T.I.’s net worth is estimated at up to $50 million. Most of his earnings come from his music, but some part is from his acting career. ATL, American Gangster, Ant-Man, Identity Thief, Boss, Roots, T.I.’s Road to Redemption, and House of Lies, are just some of the movies and TV shows he starred in. He also lent his voice in 2 video games, and since 2011 has a reality show T.I. And Tiny: The Family Hustle.