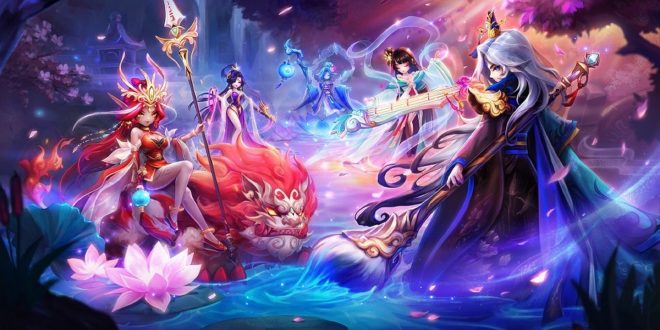 The famous game developer Com2uS recently released the popular role-playing game Summoners War: Lost Centuria. In this game, their many tasks for players, and it includes unique monsters for players. You can play both PVP and PVE combats in this game. The game has unique graphics and gameplay. There is also an option for players to select their favorite monsters and build the best team. It is a real-time strategy game, and you can fight battles against real-world players. The game is available for both Android and iOS players. The players can also visit here to download Summoners War: Lost Centuria on PC by using Android emulators.

Summoners War: Lost Centuria is a famous real-time. Com2US, the developer of this game, continuously adds new monsters in the game, and the game becomes interesting due to the addition of new monsters. In this game, there are different monsters available for real PVP combats. There is a unique rune system in the game. The game is full of modern 3D Art monsters, and players can select their favorite monsters. In these monsters, some are the best performers, and some have poor performances. There are Rare, Legendary, and Hero rarities. There are multiple challenges in the game for these monsters. Some monsters can be obtained freely, and others are premium. There are also different tires of the monsters in this game which indicate the characters of monsters. For example, the S – Tier means for best monsters. The players have the option to make the team and play with this team of monsters. Each monster has unique abilities and performs different roles. Therefore the players have a choose the characters carefully. In the article below, we will share the best monsters of this game. You should add these monsters to your team to become successful.

The Nicki is an A – Tier powerful monster of Summoners War: Lost Centuria. It is female monsters that help her team in both DPS and HP. This monster has high attacking and HP skills. Her famous skill is known as Teddy Spell. It helps the team to attack backline monsters of the enemy. It has no defense skill, but it is popular due to its DPS and HP skills. It grants her allies maximum HP. In addition, it gives more damage to enemies due to debuff stuns.

The Tesarion also belongs to A – Tier. It has strong attacking skills. It is a fire element and specializes in AOE skills. The famous skill of this monster is known as Fire Crush. This skill is specialized in AOE damages, and through this skill, it blocks her enemies. It is also perfect as counter monsters against powerful monsters such as Eleanor, Camilla, Perna, etc. It is best to perform in the Frontline, and the players can use it with other best monsters. If your enemy team has monsters like Perna, Eleanor, and Camilla, then you must add these monsters as a counter to these monsters.

The Eleanor is a wind element of A – Tier. This monster is unique from the above monsters because this monster has two forms. These forms are Unicorn form and Human form. In Human form, it acts as a powerful support monster and, with the help of Holy Horn skill, helps the allies to recover all HP. It also helps the allies remove all their debuffs and grants the allies with Crit Resistance 2 buffs. In another form, it will help the allies differently. It grants the allies with Defence UP 2, Reflects Damages and Crit Resistance 3. In this, it is also the best defense monster. It can be used to counter the massive debuffs monsters. It is also the best support monster.

The Woosa is HP monsters that belong to the water element. It is famous due to its high support and HP skills. The most popular skill of these monsters is known as Wish of Immortality. This skill is used to grant the allies Immunity. These monsters also provide Shield buffs to its team. So it is very helpful in generating the HP and shield buffs. The monster can be combined with other attacking and defense monsters. We recommend the Summoners War: Lost Centuria players to add this monster to their team for better support and HP.

It is also an HP monster and belongs to the water element. This monster also has the best HP skills to support and heal the allies. Mostly this monster is specific for AOE damages. His main skill is named Mega Tsunami. This skill is specialized for AOE damages, and it is capable of inflicting Deceleration 2 debuffs on the enemy team. If you combine this monster with another support monster, it will perform well in this condition.

How to download Summoners War: Lost Centuria on PC?

The introduction to the top android emulator

Previous Why Does All Crypto Follow The Same Pattern?
Next 7 Tips For Cleaning Walls And Panels