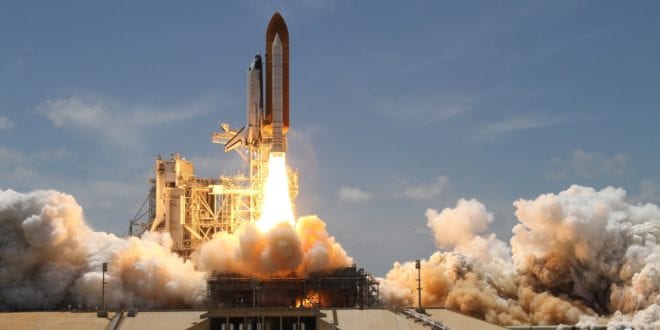 How Robots are Leading the Way in Space Exploration in 2023

The vast majority of pop-culture references to robots have been pictures of humanoid(ish) computers interacting with humans and intergalactic residents alike. Some of the most famous robots (R2-D2, C-3PO, etc.) have all been featured as human-helpers on spaceships and distant planets in the not so distant future.

These depictions may not be as far off as we once thought. Robots are currently fulfilling major duties in space, from assisting astro- and cosmonauts to full-on exploration and research. Space, widely considered the final frontier, has never been more reachable than it is today. We can thank robotics for that.

How exactly are robots leading the way in space exploration? Let’s take a look at a couple of examples to give us some insight into what the future of intergalactic discovery might hold.

The Buzz about Bees

Would it surprise you to hear that bees are playing a vital role in helping astronauts about the International Space Station (ISS) on track with projects and experiments? No, not those bees.

SPHERES was launched into orbit on the ISS over a decade ago and spent much of their time as test dummies for different tech ideas. As they are older, their movements were driven by gas thrusters and they found their way with ultrasonic technology. The newer Astrobee robots use cameras to control their orientation and fans for propulsion (remember, they are functioning in an environment without gravity).

So if they’re hanging out with humans, are they vital to space exploration? The short answer is, absolutely. Their job is actually to develop a legacy, of sorts, by learning and creating ways to be helpful to future space goers. We may soon look back on the Astrobee as one of the forefathers of robots significantly expediting new discoveries in space.

Robotics has often had a very linear timeline, especially in space. The SPHERES to Astrobee moment is a great example of this trend. It has most often been one technology replaced with a logical advancement of itself.

Those days may be ending, which will result in a rapid expansion of the presence of robots in space. Enter, R2 (no relation to R2-D2). You can call it Robonaut, the favored name of NASA scientists who created it.

R2 has been to space before but had some technical difficulties. It is a humanoid robot that will assume a prominent role on the ISS. R2 will have the specific job of helping astronauts with tasks considered mundane or dangerous. Robonaut will also be heavily involved with keeping the Astrobee robots in line.

This ability for robots to work together, whether on the same tasks or to simultaneously complete work, is likely the gateway to exploring deeper into space. In fact, R2 may be essential to the Lunar Gateway – a planned space station intended by NASA to orbit the moon. The Lunar Gateway has the intent of being a training ground for space programs to prepare for true deep space exploration.

There has been some suggestion that an R2 and/or Astrobee relative could make its way onto Gateway. This could be the first sign of robots gaining a foothold on deep space exploration. The more these two projects can prove themselves viable in advanced scenarios like Gateway, the more likely space agencies are to use them as primary role players in space exploration.

Advancements that Are Changing the Game

The field of robotics is only restricted by the development of physical attributes that can accompany the nearly limitless capabilities offered by machine learning and artificial intelligence. One area experiencing rapid advancements is integral to the future of robotic space exploration: soft robotics.

As its name would indicate, soft robotics focuses on the development of pliable robotic parts that can function in ways similar to human or living movements. Scientists have made significant strides in soft robotics, including systems that use actuators for movement and mimic human-like motions.

The key to the successful deployment of robots in space is honing their abilities to be reliable in the unique environment of zero gravity. Also, the parts that make up a robot must be capable of fulfilling the myriad tasks required of space exploration.

As we develop better technology and improve the motors, actuators, and other parts that make up a functional robot, the effectiveness of robot exploration will increase.  If you are interested in more information about how improvements like higher torque impact the abilities of a robot, you can find out here.

The Doorstep of Deeper Exploration

While it is fun to attempt to predict the future of deep space exploration by robots, we have plenty of actual work happening now and in the short term to look to. Robotic exploration is probably best known because of the research being done on Mars.

The rover named Opportunity managed to spend a decade and a half on the red planet, sending back valuable information about the makeup of the surface. Next came Curiosity, a notable upgrade to the first Mars rover. Curiosity has an array of cameras and various tools that assist in its quest to find something living on Mars.

NASA has been the leader in Mars exploration but is finding itself amongst a crowd of ambitious, robot-led missions. Robots from a joint European coalition and China will be roaming the red, dusty surface looking for viable life and the resources to sustain living things.

It is certainly understandable that plenty of humans envision a day that habitats are erected on other planets, like Mars. However, the foreseeable future holds the likelihood that robots will be the way finders for the first missions into deep space.

Robots like R2, Bumble, and Honey have inserted themselves into space research and discovery. We can expect them and those like them to accelerate the quest to truly understand space beyond our wildest imaginations.

Previous Outfits For A Fall Party in 2023 – Dress Ideas
Next Looking For the Best Payday Loans? Here Are Some Tips to Help You Find the Right One 2023