Some Things You Should Know About Jewish Beliefs And Superstitions

Superstition has existed almost since humanity, and during that time, people in all parts of the world believed in almost unthinkable scenarios about what would happen if we did not follow certain rules. Today, we know that it’s actually nothing more than the acceptance of unfounded beliefs and practices and that on many occasions don’t even correspond to the degree of culture to which the one who accepts them belongs. Many of them are remnants of ancient religious convictions.

In biblical literature, the struggle of Judaism against magic, witchcraft, and idolatry stands out, as well as being against superstitions. Let’s take a look at some kinds of them, at least at a small selection of those that have influenced the Jewish people over the centuries.

Be Aware of The Evil Eye

Have you heard about “the evil eye”? This is a phenomenon present in many cultures – a specific type of magic curse. Before science began to shed light on the causes of weather changes, monsters, and other natural disasters, people blamed the curse for it. The connection of sight to this curse is explained by the belief that the eyes are the gates of the human soul. Eyes speak more than lips, they are the voice of the heart, and our soul is reflected in them.

Hence people believed (and still believe!) that if one has “the evil eye”, they can bring misfortune or bad luck only by looking at somebody or something. This caused the manufacture of loads of amulets that served to counteract their effects.

Jewish people usually put salt in their pockets and in the corners of the rooms. It’s believed that demons and bad creatures often live in new houses and that salt is the only thing that drives them away. The custom says that we must salt our new houses so that these creatures do not envy us. Salt seems to be a cure for many spells – there were some customs like putting salt on the dead body to protect it from evil spirits, but that ritual no longer persists. Sephardic families believe that they preserve a child from the curses of an aynaráh (the evil eye) if they put a little sack containing two pieces of garlic cloves, alum pebbles, coal dust, and salt grains.

This superstition has been very controversial and the origin of this tradition is unknown. It originally consisted of pulling the ear of someone who sneezes while talking about someone who has died. Legends of the Midrash tell that a sneeze used to announce imminent death. History says that even in Yaacov’s time, people, at the end of their lives, sneezed and died instantly, and they believed it was a small explosion of the head and the best path to eternity. Nowadays this small ritual spread to all sneezes, accompanied by the phrase “tzu langehmazaldikker yohrn” (To long years, full of luck). Also, when someone sneezes during any kind of conversation, Jewish people say “truth!” –  whatever that the person was saying in that moment is considered to be true.

Many Jewish superstitions and beliefs are closely related to death and there are bunches of things that are believed to bring bad luck. Earlier, within some communities, a widow couldn’t marry a person with the same name as the deceased, or to have new in-laws of the same name as hers. It was believed that it’s a bad omen to name a child after an older brother or sister who has died because the newborn would probably share the same fate.

It was also bad luck to mention the name of someone who had died without saying “may (the deceased person) rest in peace” or to enter the home of a sick person who has the same name as them, since everyone believed that angel of death could make a mistake and take them instead.

Today, there are still traces of such customs. One of them is removing all water from the house where the death occurred, as well as from two neighboring houses. Some interpret that spilling water is an indirect way of announcing the death, as Jews avoid being the bearers of bad news. The water spill serves at the same time as a warning to neighbors of their obligations to the deceased.

It’s also common for mirrors to be covered or turned against the wall in the house of mourning. It’s supposed that the soul of the deceased should be prevented from seeing its own reflection as this would make them sad.

Hamsa as a Lucky Charm…

The very name of hamsa comes from the Arabic word khomsah which means five or five fingers of the hand. Although its origins cannot be proven with certainty, the fact is that a hand with outstretched fingers was a powerful symbol in ancient Babylon, where it signified the highest power that rules both earth and sky. Christians in the East call it the Hand of Mary (after the mother of Jesus), Muslims call it a hand of Fatima (after the daughter of Prophet Muhammad) and for Jews, it’s the hand of Miriam (after Moses’ sister).

However, after so many decades, hamsa has managed to retain the title of the most beloved symbol of happiness in almost all cultures – a divine hand that’s spread out and ready to help in the most dangerous situations, a hand of God. In addition to using it as a shield against negative energy and evil, it’s believed that it has the power to bring peace, pleasure, joy and good luck into our lives. That’s why its shape is often seen on jewelry or some house ornaments – you can learn more about that if you click here!

Just as we said when we were speaking about the evil eye – many cultures around the world believe that through thoughts or an enviable view, a person can harm another person by causing them illness, injury or even death. The Jews believe spell is an arrow that comes out of the soul of the envious one – sometimes it strikes and sometimes misses.

Red thread is believed to “deter” the bad luck that a spell of an evil eye can bring to a person. In Hebrew, it is called “roite bindele” and is usually made of thin red wool strands. It should be worn on the left arm, tied like a bracelet. Some Jews, fearful of the negative effects of spells, have an old tradition of tying a red thread to a baby’s crib in the hope that it will deter spells and invoke the grace of God, and that the baby will be protected from all harm. To this day, this custom has persisted and even become a widely accepted act in order to protect against spells in many other environments and different cultures of all meridians, but it’s most commonly seen on Kabbalah believers.

Previous How to Make The Most of Your Time in World of Warcraft?
Next Golf Wear In Winter – Stay Warm On The Golf Course 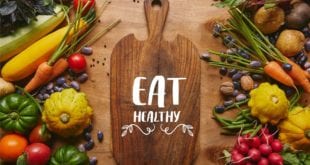 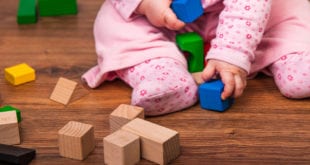 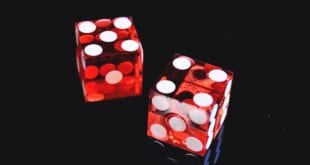