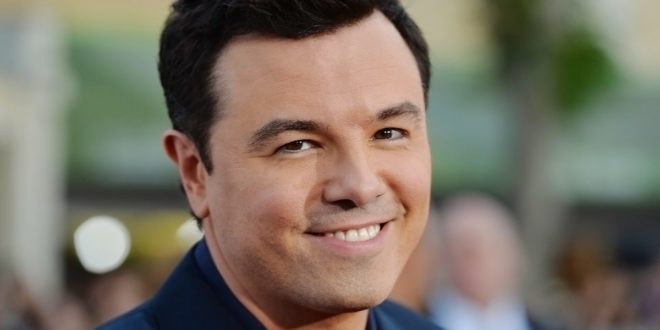 Seth MacFarlane Net Worth 2023 – Creator of the Family Guy

Seth MacFarlane is a versatile popular animation and movie creator, but also he is a composer, comedian, screenwriter and director, a singer, and an actor. He is worldwide known for his TV series Family Guy, which is on a little screen from 1999. He also made The Cleveland Show, Ted in 2012 and Ted 2, The Orville in 2017, and American Dad in 2005.

Seth MacFarlane is also known for his relationship with many beautiful and stunning women in Hollywood. He is a love master and a very successful man, and if you want to know how he manages those things in his life, you should continue reading this article. Let`s find out Seth MacFarlane`s net worth in 2023.

He was born in 1973 and raised in Connecticut, his father, Ronald Milton MacFarlane was a teacher and mother, Ann Perry was a school administrator. His full name is Seth Woodbury MacFarlane. He graduated in 1991 after attended Kent School, and then he starts Rhode Island School of Design (RISD), where he got a diploma of a Bachelor of Fine Arts.

Seth MacFarlane is in the animation world since he was 5 when he started to draw various cartoon characters. His first comic publication was called ’’Walter Crouton’’ and was published in Kent local newspaper. He was only nine years old and was paid $5 for a week.

After finishing Rhode Island School of Design, Seth created and publish some independent films. Hanna- Barbera Animation studio saw them and offer him a job.

Besides his films, he dated pretty much all the beauties of Hollywood, among them Emilia Clarke, Amanda Bynes, Eliza Dushku, and Alexis Knapp. Maybe his love master secret is that he made them laugh.

In Hanna- Barbera he was hired at the position of a content creator, where he made a huge success, after that he goes over a Cartoon Network, where he wrote and animate famous series, such as Johnny Bravo, Dexter`s laboratory, and I Am Weasel. As a freelancer, he wrote Jungle Clubs for Walt Disney Television Animation.

In 1998 Seth MacFarlane become the youngest executive producer of the company when he launched Family Guy. He was only 24 years old, and this series brought him $100 million. He becomes the highest-paid screenwriter in the world, and the Family Guy was estimated at $1 billion.

Seth MacFarlane is a talented musician; he has 4 studio albums named Music Is Better than Words, Holiday for Swing, No One Ever Tells You, and In Full Swing.

Net Worth of Seth MacFarlane

His net worth is estimated at around $200 million, which he got through his animated series and films. Family Guy has been the most successful animation series in the world and gave him $100 million. He still has an income from this animation series. American Dad and Cleveland Show, together brought him over $50 million. He also has a huge income from his films and music albums.

Seth MacFarlane is the creator of the animation world that we know nowadays because he is a brilliant screenwriter with a tremendous skill for writing. We will wait for a new great series from him in 2023.