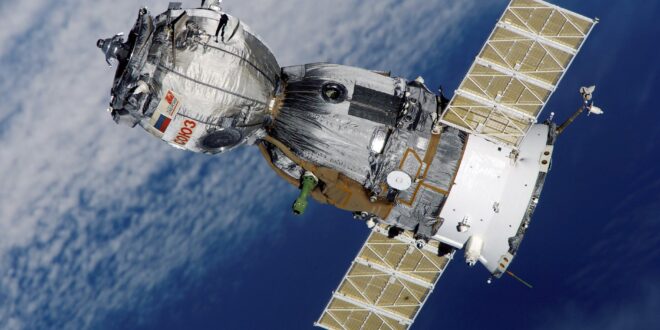 Facts to Know About Satellites and Satellite Imaging

Our night sky is full of lights. Some twinkle, and some do not. Those that do not twinkle are satellites. Since these objects surround us and are an integral part of our lives, let’s take some time to talk about satellites and how they work.

What is a satellite?

Sometimes, you can see fast-moving lights in the night sky. These objects are artificial satellites orbiting our planet. They are launched from the surface of our world or from space to collect information and images of earth, other planets, and space. If you want to get satellite images, check out this site eos.com/blog/free-satellite-imagery-sources/

The USSR or Soviet Union launched the first satellite into space called Sputnik 1 in 1957. Sputnik was the size of a soccer ball and had four antennas, radio transmitters, and batteries. This one sent out signals for only about three weeks but made the beginning of a long and adventurous road into space. Sputnik 2 was later launched with a dog named Laika. In 1958, the US launched its first one into space, Explorer 1. One year later, we got the first space image from Explorer 6 launched by NASA. Since then, we have launched thousands of satellites into space for different purposes.

How do satellites work?

Various kinds are created for different purposes. However, they all have similar parts or components. They consist mainly of the main body that houses the antennas. It also has solar panels as a source of power. Those ones that orbit our planet also contain sensors and cameras that help collect information about the earth and constant communication with ground stations.

You must be wondering how satellites that are launched from earth stay in orbit. This is because the gravitational force of the planet balances its speed.They will fly into space or fall back to earth without these balancing forces. The force that is needed to oppose gravitational pull is called orbital velocity. This force changes based on its altitude above the earth’s surface. To keep it in orbit, satellites closer to earth need a more incredible orbital velocity. Also, those at a higher altitude stay longer in orbit, contrary to those at lower altitudes that constantly need adjustments to keep them on track.

We are sure you have been wondering whether satellites can collide in space. The short answer is. Yes, they can. However, governing bodies keep track of all of them in space, preventing those kinds of incidents. All of them are launched into orbits designed to avoid collisions. However, these orbits can change over time, leading to unexpected events. One such crash occurred between an American and Russian satellite in 2009.

They are grouped based on their orbit. Also, the orbit is determined based on the purpose of the satellite. Some are orbiting earth just a few miles above. Others are thousands of miles out in space.

Some go over the north and south pole, while others orbit just over the equator.

Geostationary satellites orbit the earth at altitudes of about 36,000km and are used primarily for communications. They orbit the planet over the equator from west to east once every 24 hours.

Most clocks are synced using satellite technology. Clock drift will affect you getting to work on time and involve many distributing networks that rely on clock synchronization to run. Systems that would be affected include the financial sector and the power grid.

According to a 2014 statistic published by the Telegraph, location services such as Google Maps save the world up to 22 billion US dollars a year by reducing 1 billion driving hours and 1 billion gallons of fuel. GPS also helps keep tabs on dementia patients, offenders on probation, and people practising extreme sports such as skiing. Can you imagine what would happen to a plane’s navigation or an ocean fisherman if satellites disappeared?

Much of our weather data is best collected via satellite tracking, including monitoring of temperature, carbon dioxide levels, and the ozone layer. Weather forecasting helps farmers be prepared for adverse weather patterns to plan on crop production before dangerous snowstorms or hurricanes hit. We could go into a scarcity of food since farmers heavily depend on satellite technology.

Most phone and internet relationships exist through satellite connections. Undersea cables and ground-based systems exist in addition. However, they could quickly become overwhelmed and shut down.

The US military relies on space-based systems for most operations, including communications, navigations, and surveillance. Following the development of anti-satellite weapons by Chinese and Russian militaries, the US budgeted 5 billion US dollars towards the same interest. Targeting specific satellites to destroy could cripple a country’s military.

• Charles Picquet was the first to describe GIS use in 1832, which was known at that time as spatial analysis. He used data to track cholera outbreaks in Paris.
• Shortly after, Dr John Snow used Picquet’s method to link a cholera outbreak in London to a public water pump. Once this water source was closed down, the outbreak ended.
• Sieve paper was used to make map layers before digital and GIS were discovered.
• Before satellites, scientists used hot air balloons to capture pictures of the earth from an elevation.
• Geographic information systems and satellite imagery have always been interconnected and undergo developments simultaneously.
• Roger Tomlinson conceptualized the first computerized geographic information system in 1963, called the CGIS.
• Environmental Systems Research Institute, Inc (Esri), among the most famous GIS software providers, was started by Jack Dangermond and his spouse.
• The Blue Marble earth picture was taken from space in 1972, which marked the start of the Landsat program.
• Satellites also monitor other planets. They play an essential role in understanding and interacting with space.
• Most satellites have a life span of 10 – 15 years. Once they wear out, they may fall back to earth but are burnt by the earth’s atmosphere. Others leave their orbit and continue floating as space debris.

Satellites have become fully integrated into our society and provide us with many benefits. They are becoming more practical with continuous innovations and are the future of space and interstellar travel. How Does Geolocation Work On Android Phones? 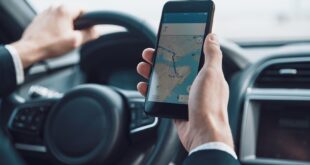