It is interesting how just one century ago we knew nothing about electricity and manufacturing energy. When you think about it, the fact that we have managed to cause climate changes in just over 100 years it is both sad and scary. We cannot even imagine what will happen in the next 100 years if we continue down the same path of destruction.

Now that we know that we are harming our beautiful planet, it is time to make some drastic changes. In the following article, we are going to make a comparison between renewable and non-renewable sources of energy and talk about their advantages and disadvantages.

Firstly, we are going to start with the exhaustible ones. Unfortunately, the greatest percentage of the world’s energy comes from these sources. They include coal, oil, natural gases, and so on. Power plants are not the only ones that use them, but they are also used in cars, trucks, and other types of vehicles.

In order to produce energy, facilities burn fossil fuels which then release carbon dioxide that contributes to the greenhouse effect and sulfur dioxide which creates acid rain. In addition, we use uranium for manufacturing nuclear energy which not only poses a danger to all of us, but it is also extremely difficult to store (just think about Chernobyl).

The consequences of using non-renewable sources of energy are multiple. First of all, the above-mentioned acid rain pollutes streams, lakes, forests and all the animals that live there, and then, though the food chain, it harms our health.

It has been proven many times that poisonous gases contribute to the greenhouse effect. Every year we hear about record-breaking temperatures all around the globe, we read that sea ice in the Arctic is melting which then affects the increase of sea levels all around the world, and we are not going to even mention hurricanes and tornadoes. These are all consequences of global warming that we are causing, every single day.

What’s more, all these sources are non-renewable, which means that we are using them faster than we can replace them. This is just another reason why we should turn to inexhaustible ones. Yes, there are some benefits and drawbacks to these too, and you can read all about it on https://www.clean-energy-ideas.com/.

Yes, renewable sources can cost a lot of money, and they can be undependable in the sense that we cannot control the weather, and in the beginning, it can be difficult to produce the amount of energy we need. However, we believe that the advantages are more important and beneficial than disadvantages.

Firstly, we have to mention solar energy. It is produced by capturing the sunlight with solar panels which produce electricity that can power all the appliances in a household. It can also be used to manufacture hot water and to heat a house. The main disadvantage is that these panels take up a lot of space, and they can be very expensive to purchase and install, but they will be worth the investment in the long run.

Read more here if you are interested to check information about solar panels and see some of the types available on the market today.

Wind power is clearly captured from the wind. Nowadays, we use wind turbines whose blades are moved by the wind, which turn the turbine, and eventually produce the electricity. This type of energy generation produces no poisonous substances and pollution. However, the only downside is that these turbines can be extremely noisy.

Hydroelectric power is obtained for the movements of water, which again turns the turbine, and produces electricity. Even though this production creates no pollution, it can still cause some changes in the environment that can have a bad effect on plants and animals that live nearby.

Unlike fossil fuels that are formed from the fossils that lived millions of years ago, biomass uses the waste of plants and animals that live now. At some point in time, we will run out of fossil, which is why biomass energy is the perfect alternative.

All in all, in this text, we have discussed some main features of both non-renewable and renewable sources of energy. As expected, they all have some benefits and downsides, but we believe that the advantages of inexhaustible ones excel the benefits of the exhaustible ones.

Previous Psychometric Assessment: A Tool To Hire The Best Experts
Next The 7 Essentials of a Lead-Generating Landing Page 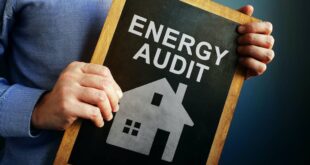 What Is a Solar Panel System, Exactly? 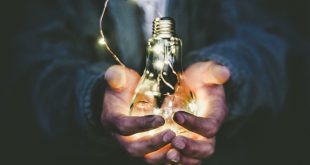