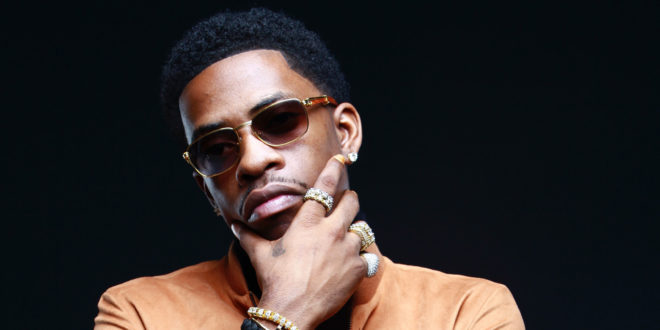 Rich Homie Quan Net Worth 2022 – Rise To Glory And Fame

From a promising baseball talent, over prison, to a successful musical career, Rich Homie Quan’s rise to glory and fame hasn’t been easy.

#tbt I been had swagg nigga check out da socks

Rich Homie Quan’s real name is Dequantes Devontay Lamar. He was born in Atlanta, Georgia, on October 4th, 1989. As a freshman in Ronald McNair Sr. High School, he started playing for the varsity baseball team. His preferred positions were center fielder and leadoff hitter.

His baseball talents were soon noticed and he got a scholarship offer from Fort Valley State University. He decided to turn it down and focus on his music career, while working at an airport, a job he soon lost. Unemployed, Lamar turned to crime and was arrested for a burglar, which brought him a 15-months prison sentence.

He said this about that period of his life: “I never saw myself going this far with music. Music was just a hobby at first. I never saw myself being on stage and rocking out shows. After I got out of jail, I started to take it more serious and that’s when my dream came true.”

His first mixtape was called Still gong In and it was released in 2012. Next year, he got invited on a tour together with Trinidad James and was featured on Gucci Mane’s album Trap House III on several songs. Still Going In was named 10th Best Mixtape of 2013 by the Rolling Stone magazine.

Rich Homie Quan was nominated for several prestigious awards but failed to win any of them. In 2017, he was arrested again, this time with d**gs and charged with felony d**g possession with an intent to distribute.

Now a days I try to keep an upside down frown on my face ? @localtrapstars

Not many people would throw away the possibility of a successful sports career just to chase their dream. Rich Homie Quan is one of them and for that, he deserves respect, despite the troubles he went through and his time in jail. The fact that Rich Homie Quan’s net worth is estimated at $3.5 million testifies that he didn’t make a mistake when he refused that baseball scholarship.