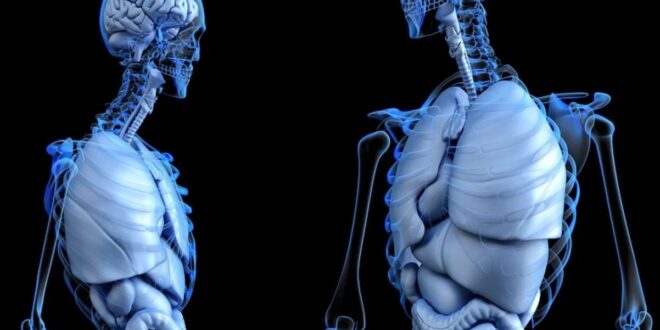 What Is Pulmonary Fibrosis? Causes and Treatment Options

Carolyn Lang 03/03/2022 Health Comments Off on What Is Pulmonary Fibrosis? Causes and Treatment Options 81 Views

In medical terms, pulmonary fibrosis refers to the extensive damage and scarring of the lungs, causing structural and functional impairments. In its progressive stages, the disease causes significant lung damage to cause breathlessness and hypoxia.

Pulmonary fibrosis results in irreversible lung damage. However, medications and specific therapies can be employed to manage symptoms and improve quality of life.

The severity of the symptoms of pulmonary fibrosis varies from person to person, with some experiencing severe illness while others experience moderate symptoms only.

The causes of lung cancer are varied, but in some cases, a likely cause cannot be found, which is then termed as idiopathic. The causes of pulmonary fibrosis include exposure to chemical toxins, such as asbestos, wood, or metal, exposure to allergens, infections, or harmful medicines which may cause significant lung damage.

Asbestos inhalation usually occurs in workers employed in the cement and tile industries. A lung condition that results from long-term asbestos exposure is called asbestosis. Asbestos fibers are inhaled into the lungs, where they cause damage to the tiny air-filled sacs.

Due to the asbestos’ accumulation in the lung sacs, through repeated and long-term exposure, there is a progressive thickening of the organ, making gas exchange (the respiratory process) difficult. As a result, not enough oxygen enters the bloodstream.

With greater accumulation of asbestos fibers in the air-filled sacs, the lungs start to harden and shrink in size. Its functional capacity is primarily limited, causing difficulty in breathing. Long-term asbestos exposure can also cause mesothelioma—a cancer that affects the lining of the lungs and abdomen.

Mesothelioma is a lethal disease, and the treatment for it requires extensive care and medications. If you or any one in your family has been exposed to this lethal disease, you should get compensated for your troubles. Firms representing victims of asbestos exposure, like the simmonsfirm.com, can help you get compensated without any more trouble to you.

Some medications used for therapeutic purposes, such as antibiotics, including nitrofurantoin, are associated with severe side effects. One of those side effects is pulmonary fibrosis. The drugs involved stimulate the release of toxins in the body, such as free oxygen radicals and other similar inflammatory agents, which damage the lining of the lungs.

There is a significant reduction in the body’s immune response, making it more susceptible to irreversible lung injury or pulmonary fibrosis.

In cases where the use of such drugs is inevitable, the care provider does a cost-benefit analysis before prescription. However, in cases where the drug is to be used as a life-saving measure, its use is recommended despite the risks involved.

Individual responses to drugs vary. Pulmonary fibrosis induced by drug use may cause sudden shortness of breath or the condition may develop over a period of months.

Patients may show signs of fatigue, depression, and anxiety.

One of the long-term complications of radiation exposure is pulmonary fibrosis. It is a typical late manifestation following radiological interventions of the chest wall and intrathoracic tumors. Radiation causes damage to the pulmonary epithelium, resulting in severe inflammation.

The continuous release of pro-inflammatory chemicals and persistent inflammatory process cause scarring of the lungs leading to pulmonary fibrosis.

Signs and symptoms typically appear between 6 and 12 months after completion of radiotherapy. The disease progressively worsens for up to 2 years. Though many patients are asymptomatic, some suffer from a dry cough and shortness of breath.

With Covid-19, the relationship between viral infection and pulmonary fibrosis has come to be studied extensively. A viral infection causes direct damage to the lungs, as a response to which the body initiates a healing response.

Patients with pulmonary fibrosis have a reduced tolerance for exercise, as exertion causes severe shortness of breath and muscle fatigue. The symptoms vary from patient to patient, and prognosis cannot be determined with certainty.

General management of the disease depends on a healthy diet, exercise, and smoking cessation. Medical treatment is initiated to limit the rate at which the scarring progresses. In cases where there is a significant reduction in the body’s oxygen levels, extra oxygenation through an oxygen mask can relieve the shortness of breath.

Some patients also benefit from pulmonary rehabilitation, which includes specific exercises which help ease the breathing process. A lung transplant may be done in severe cases where the patient fits the criteria. However, it is an infrequent procedure due to a lack of donated lungs available.

Response to treatment varies among patients, with some showing improvement in symptoms while other cases show rapid worsening of signs. In the later stages, pulmonary fibrosis can cause even severer complications, including persistent chest infections, a rise in blood pressure, and even heart failure. Predicting the disease outcome is very difficult, which makes regular monitoring of the disease vital.

Pulmonary fibrosis is a progressive disease that worsens with time. In some cases, the symptoms only appear when the disease has progressed. Pulmonary fibrosis results from progressive scarring of the lungs, resulting in its thickening leading to structural and functional alterations. Signs and symptoms vary from patient to patient, but shortness of breath and fatigue are most common. Toxins, drugs, radiation, and viral infections are some of the most likely causes. Lung scarring, a distinguishing feature of pulmonary fibrosis, is irreversible. 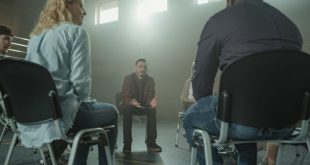 Inpatient Treatment Program and Its Features: When Should You Apply for It? 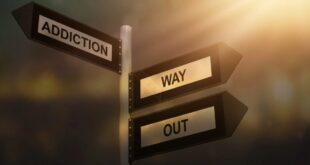 All You Need To Know About Rehab Process – 2023 Guide 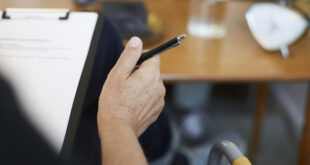