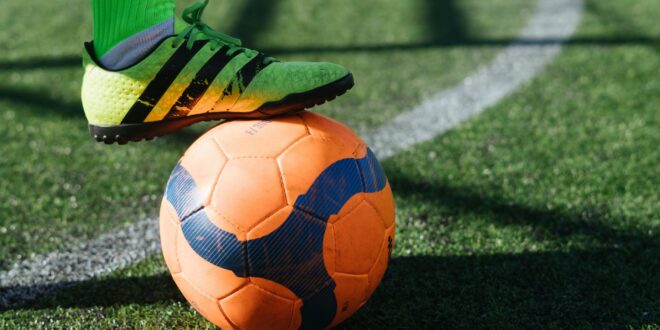 Who are the most popular football stars in the world? Given that popularity is such a subjective matter, coming up with a definitive answer is no easy task.

However, social media provides us with a useful yardstick to determine the most popular stars in football today. Here’s our list of the ten most popular footballers, courtesy of our friends at FootballToday:

The five-time Ballon d’Or winner has had a long-standing rivalry with Lionel Messi on the pitch, but there is simply no comparison between the pair on social media.

Ronaldo has worked hard to establish his CR7 brand, which should help to keep the cash tills ringing long after he has hung up his boots.

It has been estimated that each of his Instagram posts is worth more than £1.7m, making Ronaldo a marketing agency’s dream client.

Messi is at an immediate disadvantage in the popularity stakes, as the Paris Saint-Germain star does not have an official Twitter account.

However, he has more than 415m followers on Facebook and Instagram, highlighting his undoubtedly appeal to football fans worldwide.

While Messi lacks the extrovert personality of other players in this list, this has not prevented from building up a huge global following.

Given that he also has a lifelong sponsorship deal with adidas, the Argentinian is sure to remain popular on social long after his playing days are over.

Neymar’s penchant for diving around the pitch has not stopped him from establishing himself as one of the most popular footballers on social media.

The PSG and Brazil star currently has more then 316m on the three main platforms, with over half of that figure coming from Instagram alone.

His record-breaking move from Barcelona to PSG in 2017 significantly boosted the French club’s social media numbers.

With more than 106.4m followers to his name, Ramos demonstrates that you don’t have to be an attacking player to be popular with football fans.

The former Real Madrid star is particularly popular on Instagram, racking up 49.5m followers since he joined the social platform.

The 35-year-old takes a less corporate approach to the content he posts, giving fans a more insightful peep into aspects of his personal life.

He also uses his social presence to promote his work with UNICEF, thus helping to raise awareness of the charity’s humanitarian and developmental efforts.

Some fans may argue that Bale can no longer call himself a professional footballer given how little time he spends playing for Madrid.

Quite why they bother is anyone’s guess, given the infrequency of Bale’s posts and the lack of effort he seems to put into them.

This could be symptomatic of his general apathy towards football – maybe he will ramp things up if his golf career takes off!

As one of the most successful players in the modern era, it is no surprise to find that Marcelo has got more than 93m followers on social.

Much like several of the other big-hitters on this list, the Real Madrid full-back has expertly monetised his social platforms to bring in a lucrative source of annual income.

The 33-year-old also follows Ramos’ playbook to a degree, publishing sporadic posts of a much more personal nature.

These include images with his son, Enzo Alves Vieira, who is hoping to follow in his father’s footsteps for both club and country.

The PSG star has already racked up 90m followers on social and seems sure to smash through the 100m barrier if his rumoured move to Madrid goes through.

The 22-year-old has already achieved plenty during his career, with his success with France at the 2018 World Cup the undoubted highlight.

Joining Madrid would crank up his global appeal, although whether he would ever challenge the top three players in this list is open for debate.

Having recently signed a lucrative endorsement deal with eyewear brand Oakley, expect to see more pictures of Mbappe wearing sunglasses over the next few years!

Liverpool and Egypt’s favourite son has amassed more than 79m followers on social, with over half of that figure generated by Instagram.

His numbers have perhaps been hindered by remaining with the Reds rather than securing a move to a club with a larger global following.

While Liverpool fans argue they are one of the biggest sporting organisations in the world, their social following does not back up that lofty claim.

Their social tally is dwarfed by Madrid and Barcelona – Salah’s popularity would skyrocket if he ever moved to La Liga.

The Atletico Madrid forward currently has more than 65m social followers, many of whom latched onto him during his time at Barca.

Griezemann famously caused a meltdown on social in 2017 after posting an image of himself with darkened skin in a NBA basketball outfit he wore to a fancy dress party.

The French forward initially defended himself, describing it as a tribute to the Harlem Globetrotters, before quickly deleting the post.

He has avoided any similar controversies since then, sticking to a mix of corporate content blended with a handful of personal posts.

Dybala has around 63m followers on social, 45m of which track his every move on Instagram.

A lucrative link-up with adidas has boosted the Juventus star’s profile, although not to the same extent as international teammate Messi.

Dybala regularly posts images of himself with his partner Oriana Sabatini – the niece of 1990 US Open tennis champion Gabriela Sabatini.

Heralded as Argentina’s answer to Madonna, Oriana has also amassed millions of followers on her social accounts. 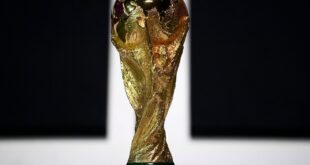 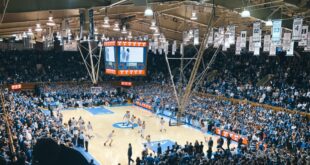