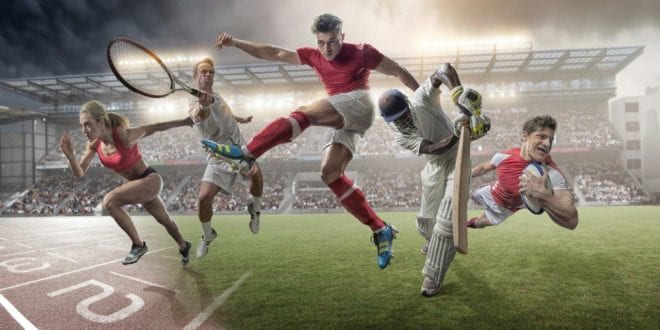 It is not a secret that sports play a crucial role in the lives of many people. Men are maybe huger fans and more loyal followers of different types of sports. Yet, the number of women that strongly support their favorite club is also growing.

This fact doesn’t need to surprise us. Our parents start to teach us since the early ages that sport needs to be part of our life. If they notice that we are not too talented for that, then they started to talk about the history of their favorite club.

Thanks to them, the fans of some club become some sort of members of the family. Despite that, many athletes became idols to a huge number of people.

Unfortunately, not all sports are equally popular among people. We say unfortunately because we believe that each athlete deserves the same attention. For instance, the effort and hard work of a water polo player have the same value as the scarification of the football player. We hope that these things will change sooner or later.

Anyway, we are here to see which sports are the most popular ones in the world. Different factors influence this list such as global fan base and audience, popularity on the Internet, presence on Social Media, etc.

Let’s find them out together.

The first place goes to the second most important thing in life without any doubt. This game is so huge that it has two different names on two different continents. Believe it or not, there are 250 MILLION players in over 200 countries which makes football the most popular game in the world. You already know that not many players achieve huge success.

That’s something that makes this game even more special. Many individuals around the world are trying to become members of starting eleven of some of the best times in the world.

What to say about fans? It is not possible to find a region or club that does not have a fan base. You will find fans of the club that is in the third league and without any chances to become champion one day.

Unfortunately, even if you are a fan of the best club in the world, that doesn’t mean you will be on the stands. Sometimes it is hard to find a ticket, especially when we talk about important matches in the league and international matches. However, do not worry.

Around 1 billion people around the world also watch those games on TV. Believe it or not, FIFA already secured around 1.85 billion dollars from World Cup 2018 and World Cup 2023 TV rights.

It is good to mention that this sport is especially attractive for gamblers as well. That’s why you can find odds for almost every league match in the world.

This might sound strange for people that live in the USA and the biggest part of Europe. Yet, cricket has between 2 and 3 billion fans in the world. Most of them are located in Asia and Australia. Still, you can also find a lot of cricket fans in the UK.

When we talk about viewership on TV, things are not different. It is the most-watched sport in Bangladesh, India, Sri Lanka, South Africa, and Australia. For instance, around 2.2 billion people watched the Cricket World Cup 2015. So, this number confirms the statement that cricket is the second most popular sport in the world.

We would also like to highlight the popularity of this sport on the Internet and social media. Of course, this sport is popular online in countries where its biggest supporters live. However, when you look closer, India has around a billion citizens.

Yet, many people from this part of the world move to some places in Europe and the USA. They bring their love for this sport together with them. That’s why the number of cricket fans in the USA and Europe easily starts to grow as well. This sport is not yet so popular for gamblers. But, who knows, that might change in the future.

This sport has around 3 billion fans around the world. Most of them are located in the US, Europe, Canada, China, and the Philippines. Yet, it is also the most popular sports in some smaller countries such as Serbia and Lithuania.

Despite that, it is also quite popular for the gamblers. For instance, the championship in the NBA is still not close to the end, but you can find the odds for the NBA winners. If you want to find some of the best offers, we suggest you visit Oddchecker and find the best NBA Championship Winner Betting Odds.

When we talk about hockey, we think about both types – field and ice. When we talk about the fan base, this sport is in third place. It is the most popular sport in countries across Europe, Asia, Africa, and Australia. More precisely, it has around 2.2 billion fans.

The TV rights deals are decent, but not enough to put this sport in third place.  For instance, the numbers are not even near to some other sports such as cricket and football/soccer.

The popularity on Google is on a moderated level of popularity.  The most searches usually happen during the season. Yet, they are only popular in the current countries that we already mentioned. However, presence on social media is not impressive.

Only the most popular teams and players have a huger number of followers. Finally, not a lot of people gamble on this sport. We do not know why, but it is simply not enough attractive. 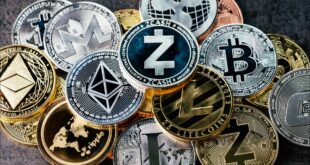 7 Most Crypto Friendly Countries Around in the World