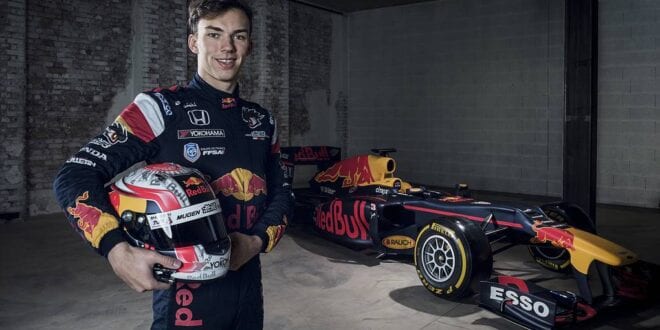 Lewis Hamilton may very well be the greatest driver that Formula 1 has ever seen. He’s breaking records set twenty years ago by the German legend Michael Schumacher that nobody ever believed would be broken, and by the time he retires, he will probably have surpassed Schumacher as the driver with the most World Championships in Formula 1 history. That’s a source of great pride for the British driver, his Mercedes F1 team, and the British public that supports him, but less of a cause for celebration for Formula 1 fans in general. Hamilton and Mercedes dominate the sport so completely that nobody else gets a look in.

Mercedes has won the F1 constructor’s championship for the past six seasons. We may only be halfway through the 2022 season, but it’s already almost impossible for any other team to prevent them from making that seven in a row. Ferrari has had a disaster with car design this year, and they’re embarrassingly uncompetitive. The only glimmer of competition that Mercedes generally get comes from Christian Horner’s Red Bull team, and even then, it only comes from one driver. Max Verstappen can give Hamilton a run for his money on a good day. Verstappen’s teammate Alex Albon cannot. That points to a significant problem for the team.

Last week, at the Italian Grand Prix in Monza, something almost unbelievable happened. Hamilton and Mercedes made an inexplicable pit lane error and received a stop and go penalty that dropped Hamilton to last place. He battled all the way back through the field to finish 7th, but he couldn’t reach the podium. His Finnish teammate Valtteri Bottas delivered a terrible first lap and never recovered from it, eventually finishing fifth. That cleared space at the top of the field for someone to step forward and claim an unlikely win, but for once, that man wasn’t Max Verstappen. Instead, it was his former teammate Pierre Gasly. Gasly shocked the world of motor racing by becoming the first Frenchman since 1996 to win a Grand Prix, and he did it driving an Alpha Tauri. It was the most remarkable finish to a Formula 1 race in living memory, and the first win of Gasly’s career.

The Frenchman’s triumph was the crowning glory of a remarkable comeback in a career that seemed to be going backward just one year ago. He started the 2019 season as Verstappen’s partner at Red Bull. Anyone who drives for Red Bull is expected to finish behind Verstappen, but they’re also expected to be competitive. In Christian Horner’s words, finishing seventh or eighth is no good to the team. Fourth or fifth is the minimum they expect, and podium finishes should be achieved regularly. Gasly wasn’t delivering them. He looked hesitant in races, and on one embarrassing occasion, he was lapped by his teammate. Halfway through the season, Horner decided he’d had enough. He made the brutal decision to demote Gasly back to Alpha Tauri – the Red Bull sister team that was then known as Torro Rosso – and call up Alex Albon in his place.

Initially, it appeared to be a good move. Albon out-performed Gasly and obtained some respectable finishes, but since then, he’s struggled to maintain his form. He gets nowhere near Verstappen in qualifying and sometimes struggles to keep Gasly behind him in races. In Monza, he finished in a catastrophic 15th place. Albon appears to have the opposite of the problem that plagued Gasly during his brief stint with the senior Red Bull team. Gasly could always put in good qualifying laps but struggled to overtake other cars during races. Albon isn’t shy of making overtaking attempts, but his qualifying performance is usually so poor that he doesn’t leave himself with a realistic chance of finishing on the podium. Red Bull will probably persist with Albon for longer than they did with Gasly because they won’t want to give the appearance of having made a mistake, but internal conversations about Albon’s long-term future must surely be happening already.

Taken together, all of this points to difficulties within the Red Bull team when it comes to assembling the optimal driver line-up. Like making a winning combination on an online slots website such as OnlineSlotsUK, victories come when everything is in the right place at the right time. As is demonstrated by the recently released ‘24 Hour Grand Prix’ online slots game, there’s no value in having all the right pieces to the puzzle if you can’t find the right way to line them up and make money with them. Red Bull has already done what all frustrated online slots players do when things aren’t going their way; they’ve spun the reels again and waited to see if they’re any happier with the next arrangement. They still have the option to spin again if they wish. Sometimes, though, online slots players walk away with less money than they started with. Sometimes, the gamble isn’t worth it. Do Red Bull swap Gasly and Albon back? Do they try giving Daniel Kvyatt, the other Alpha Tauri driver, another shot at the second Red Bull seat? Or do they try something else?

There’s another possible explanation for the enormous gulf in performance between the two Red Bull drivers, and it may be one that Red Bull doesn’t want to think about too hard. Max Verstappen might, in fact, be such an incredible driver that he overachieves behind the wheel of the car. He might be getting far more from his drive than any other driver would be capable of, and by doing so, he’s creating the illusion that the Red Bull is a far more competitive car than it would be in anyone else’s cars. The issue might not be about what Gasly, Albon, or anybody else might be doing wrong; it might be that Verstappen does so much right. That isn’t a huge problem if they can continue to build their team around Verstappen and give him a car that he can win a World Championship in, but if Verstappen eventually decides that he might have better prospects elsewhere – for example, at Mercedes when Hamilton eventually retires – they could find themselves in big trouble. 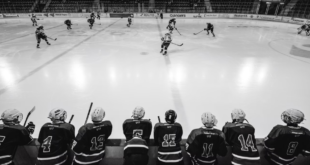