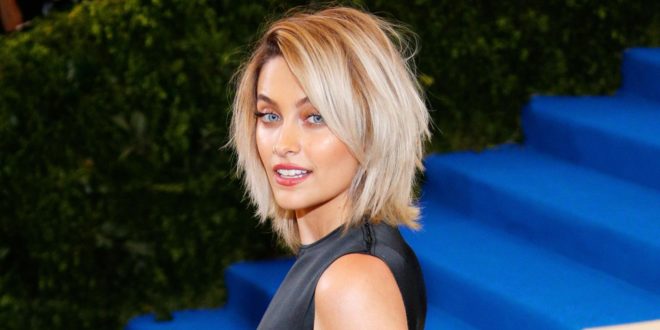 The king of pop has three children, and Paris-Michael Katherine Jackson is his only daughter. She was born on April the 3rd 1998, and almost everything about her and her life is interesting and intriguing, including her name, which she got by the place she was conceived.

She grew up on the Neverland Ranch with her siblings, grandparents, and father who got custody in 1999 after his divorce. Paris Jackson, along with her brother and half brother, was always protected from the public, and on numerous occasions, they were ‘caught’ wearing masks. They were loved and cherished, and the death of their father was a huge turning point in their lives, especially for the young Paris, as she had only 11 years when Michael Jackson passed away.

As Paris grow up, she had some issues and in more than a few times over the years, she tried to take her life, luckily – unsuccessfully. As a teenager, she was a drug addict, and it took her a few years to get better, while staying in the therapeutic school, in Utah. Even though she overcame all of this, in March this year, she tried to take her life once more, which caused her being hospitalized – she denied these claims.

At the end of March, she was in a relationship with Gabriel Glenn, with whom she now has a band named The Soundflowers. They play folk-rock songs, and they had a few concerts in the past couple of months. Surprisingly she even talked about marriage in the past month, which should be a promising sign for her mental health.

Her career starts after the death of her father, and although she sings and has a band, she is also known as a model, actress, humanitarian, etc. Throughout her young life, Paris always wanted to contribute to those in need. She followed her father’s steps and continued doing some of the most profound charity work that her father began and even started a few charities of her own.

Her net worth is 100 million, and she inherited most of that money from the trust fund when she turned 18. Paris Jackson sold 50% of her father’s stake in the Sony music company. All of this added to her net worth, and she is expecting more money from the trust fond when she turns 30. Although some may think that all that money will turn her into a spoiled brat, on the contrary, she is a modest living artist, who wants to earn her way to the top. She has various jobs, and she is always looking for another way to express herself, whether that is modeling and posing for band album covers, performing, acting, or guest starring.

She even left her father’s Neverland Ranch and moved to his studio, where he recorded some of his most significant and most famous songs. The studio is the size of an average apartment, with a kitchen, toilet, and of course, a music studio.

Throughout her career, she appeared and proved herself as an actress, making her debut in the movie Gringo. Lately, she was playing on the new TV Show – Scream, based on the movie Scream, and she also appeared as a guest star as Rachel Wells in the TV Show Star. Paris Jackson also appeared in many TV Shows about the Jackson family, has the live performance show in The X Factor, and was Oprah’s guest in Oprah’s Next Chapter. She recorded a couple of music videos, and was nominated for Choice Model, and won the Emerging Talent Award. After appearing on the cover of Rolling Stone, she becomes a part of an IMG Models agency.

Modern days bring fresh earning opportunities, so she becomes an Instagram influencer, and she earns about 10 000$ per post. She has more than 3.5 million followers, and she has a vast influence on the young population. This type of making money is quite common these days, especially for the millennials, as they used social networks almost all their life. Paris has a significant role as an influencer, and you can say that she uses the money made via social networks for ‘good’ as most of the money earned this way, she donates.

As for her charity work, Paris continued being a large part of many charity associations, and she even does some charity work (donations) in Africa.

Even though she loves and performs different kinds of music than her father, she has exceptional music genes, and she expresses her love of music by tattoos as a tribute to some of the great music artists (Prince, Lennon, Bowie, etc.). But, most of her tattoos are dedicated to her father. Almost everything that she loves the most is about him, her home (Michael’s studio), her passion for music, her many tattoos, etc. The loss of her father was very hard for her, and most of her personal issues may come from that.

Over the years, there were many speculations regarding her se*ual orientation. Rumors were claiming that Paris Jackson prefers women, another that she is bise*ual, but she dismissed all this by honestly saying that she loves everyone, no matter race, religion, or gender. She is currently in a relationship, and it doesn’t look like it will end soon. After a long time, she stated that she is happy, which should mean something knowing her troubled past.

She considers herself as a black individual, because of her African-American roots, and she shows nothing but respect for their culture. She is a proud woman without any prejudices, self-aware, and a person with a genuinely caring soul.

You can say that in her life she had some very nice and some very dark moments, and now the only important thing is that she continues to perform and to enjoy while she is on the stage. To do so, she needs to keep expressing herself through music and acting, and to continue to give us some more lovely songs, and even more beautiful moments.