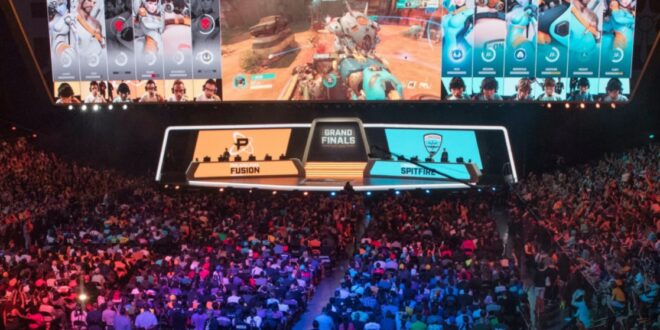 All About the Overwatch League – Guide 2022

According to the esports earnings website, Blizzard tournaments have grossed over $38 million (not counting the prize pools of numerous amateur tournaments and leagues, of which there were many in the 2000s). Any new release from Blizzard, regardless of genre and target audience, becomes a huge event in gaming in general and in cybersports in particular. A new chapter in the Overwatch universe is coming out soon, so it’s a good time to take a look at its status.

To begin with, it’s worth noting that Overwatch, though in theory is an FPS, in fact – with other representatives of the genre cannot be compared. The closest to Overwatch is Team Fortress 2 – and it is not going very well in eSports. TF was presented at Dreamhack and Insomnia festivals, as well as at ESEA lunches, but the shooter players didn’t receive much money – in 7 years only 259 thousand dollars were won, mainly due to the lack of any support in this direction from Valve.

Today, there are a lot of tournaments in Overwatch esports, the schedule of which is available at https://getesports.net/en/overwatch-tournaments/.

But who organizes champs in this discipline? In the small list of organizers, you will not find familiar names like MLG or GSL. The biggest event of the scene before was undoubtedly a tournament from ESL called the Overwatch Atlantic Invitational. Organized on the familiar ESL Play platform for many amateur players, the tournament convened the top 4 teams to fight for a symbolic price of $1,000. The very fact of the tournament shows that Electronic Sports League is ready to accept Overwatch to the list of disciplines at their events, but for now, fans are too early to dream about the appearance of their favorite game on LANs – the same online tournaments from ESL were held on less popular disciplines, such as Rocket League or Nosgoth. ESL chose quality over quantity, with 15 teams invited to the GD Overwatch EU Laststand (pretty much all the names in sight), and two more teams qualified for the double-elimination grid, which was played in one eventful day.

Overwatch League organizers have announced the start date of the new league season. The competition will start on May 5. LA Gladiators and New York Excelsior will meet in the first match of the championship. This was announced by league organizers in a YouTube video.

If the video doesn’t show up, you can find it on the Overwatch eSports YouTube account. Overwatch is hard to watch for someone who knows nothing about the game. This has been talked about since the first tournament. Despite the fact that the mode has already been supplemented, the global picture has not changed much. There are many elements on the screen that are incomprehensible to the viewer (if only because every attack does not look like firing a machine gun). That said, all the action is fast-paced. Something goes boom here, a wheel starts up there, boom – and everyone is dead. Even those who know the game are still reluctant to watch competitive matches. They are bored. Not everyone can explain why this is the case. The most widespread opinion is that it’s more fun to play.

DeLisi is one of the most recognizable American players in the Overwatch League. He signed with San Francisco Shock at age 17 and played for the organization for four seasons as the main tank and team captain. Under his leadership, San Francisco Shock won the 2019 and 2020 OWL seasons, and Team USA won the 2019 Overwatch World Cup. These victories have brought super enormous media exposure – in recent years, he has been the face of OWL, given interviews for TV and cybersports media, and appeared on late-night talk shows like The Tonight Show with Jimmy Fallon. In total, DeLisi has won over $590,000 in prize money during his career.

Overwatch League organizers still can’t find sponsors for the upcoming event. It’s all about the scandals that happened at Activision Blizzard in mid-2021. Because of this, Coca-Cola, State Farm, and other companies have reconsidered cooperation with the authors of Overwatch.

At the moment, the sponsor’s tab on the Overwatch League website is empty, even though the fifth season of the league is a month and a half away. Most of the former sponsors of the tournament confirmed that they have no plans to return to cooperation with Activision Blizzard in 2022.

Blizzard has revealed details about Overwatch 2 PVP modes. The shooter will change the format of battles and heroes’ abilities, and there will be updated maps. In the sequel, battles will take place in a five-on-five format. Teams will consist of one tank, two supports, and two damagers. The authors have reduced the number of fighters to better balance the duels. In the process of development Blizzard was also testing the variant of the seven-on-seven fights, but abandoned this idea.

The game was updated with new sound effects, interface, and heroes’ skills. Winston and May’s new cannons were shown on the broadcast. The appearance of the characters also changed: some of them added years, and others received new equipment. 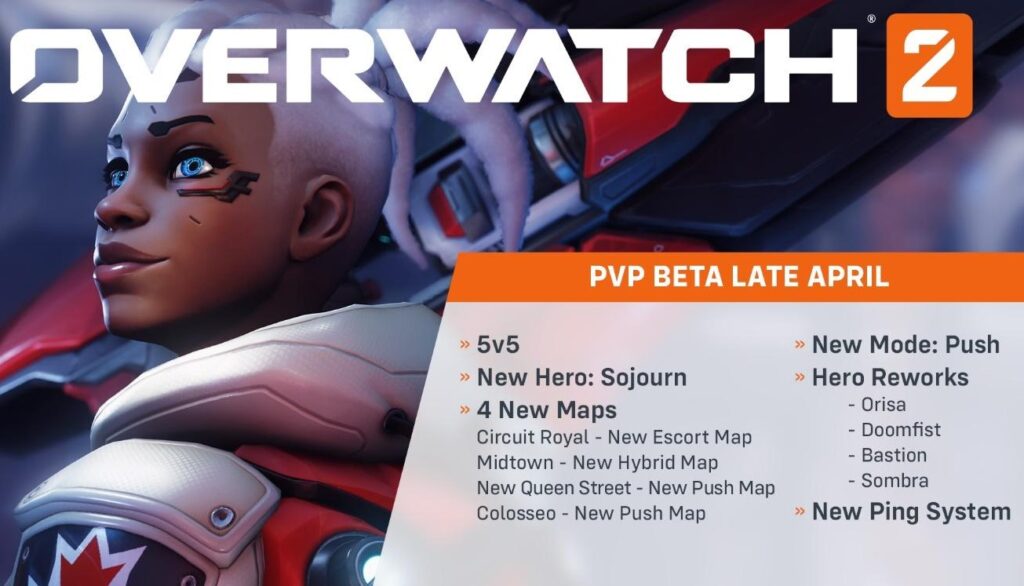 U.S. developer and publisher of PC games Blizzard Entertainment announced a closed beta test Overwatch 2 for PC, which will begin on April 26. Players will be able to test the PvP-mode on four new maps with the new hero Sojourn, as well as try their hand in Push mode. Registration for the beta has started and is available to gamers on the official website Blizzard Entertainment in the section devoted to the game.

Earlier it was reported that the streaming platform WASD.TV will give the streamers 100% of revenue from paid subscriptions and advertising. The support program will apply to new and old users since March. For 90 calendar days, streamers will be able to receive all income from monetization.