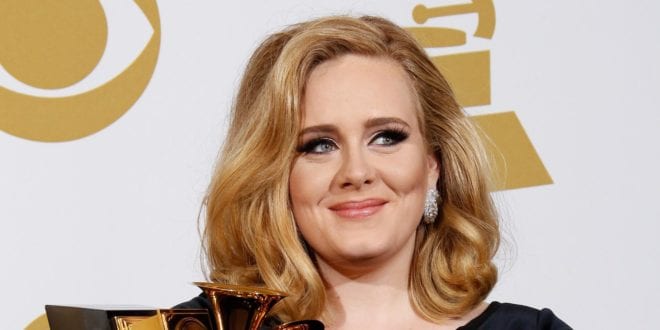 People who love movies or musicals, made up of music tracks – enjoy testing their loud strings in the shower. There are a lot of songs that stuck to our ear after the movie. Whether the songs are sad and depict lost love or lives are thrown down the river or are pitiful and fearless – the songs in these films fantastically paint a scene and emotion. Some of these songs also touched the members of the American Academy Awards jury. Many of these songs were even awarded an Oscar and as such – have been memorized through history.

Film And Music – A Unique Whole

Film and music have always been good friends. It’s simply an irrefutable fact. A good movie without music simply cannot work. We are not saying that there are no films that have successfully bypassed the song – but the vast majority rely on powerful musicians who complete the scenes with their sound collages. Just remember your favorite movies. You can almost certainly remember at least three or four songs from it, and you probably know in what scene they appeared. To be clear, here we are primarily referring to compilations of songs whose performers have further contributed to their popularity.

Actors As Singers And Singers As Actors?!

Ever since we learned how to combine tone and motion pictures, film and music have become inextricably linked arts. True, their relationship does not always produce great results – let’s just remember how many celebrated musicians received the Golden Raspberry for their (in) works on film. You can check out more about successes, failures and celebrity affairs at bestinau.com.au.

However, when celebrity musicians stick to what they know better than acting, the results are far better. Moreover, film music has given us some of the evergreens that we consider today to be the best or at least the most famous songs of our genres of all time. The truth is – in acting or movie music, Oscar is not always the right measure of success.

After a record when 14 songs were nominated for an Oscar in 1945, the Academy introduced a new rule. It was to keep five nominations, which – with some downsizing to only three nominated songs. They have maintained this rule to this day. The fact that not every cult movie song won an Oscar does not mean that the Academy made a mistake every time. Moreover, so many songs you know well won the prestigious Oscar. But let’s start chronologically.

Only five years after the first Oscar for the original song was awarded, the first-ever hit with that title has arrived. Judy Garland sang the lyrics of Yip Harburg to the music of Harold Arlen, creating a hit that is still considered one of the sonic symbols of old Hollywood today.

The film, whose backbone was music, was nominated in seven categories but triumphed only in this one and another – namely, Judy received an Academy Award for Best Minor Actress. It is a reward that no longer exists today. That’s how Judy became and remained a true pre-war movie wizard – not from Oz, but Hollywood.

In some “ancient” times, when musicals were in a much better position than today, it was enough to nominate you for the best music and best original song to make your project a success. So the Holiday Inn could be considered a big score. The song, which was created by Irving Berlin and sung by Bing Crosby, made history, making some of the best-selling singles of all time, according to some sources. This Christmas-hit has experienced numerous versions in the decades that followed. It became the soundtrack for sipping tea in a funny sweater by the crackling fireplace.

When Henry Mancini composed music and Johnny Mercer wrote lyrics for this song – they certainly could not even imagine that more than half a century later girls and women would listen to it in every corner of the world and that the person who realized their ideas will be an icon of pop culture. However, that’s exactly what happened to Audrey Hepburn, and “Breakfast at Tiffany’s.” The famous scene where she sings at the window has entered the cinema and music anthology. Besides the Oscar, it also received a Grammy Award.

It took seven tries for B. J. Thomas to hit exactly what Burt Bacharach wanted to get – but it was worth the pain. Hal David was the author of the lyrics which got into the people’s hearts. This song has become one of the most successful stories in film music. After Bacharach’s, Thomas’s and David’s award – this song got many other awards and conquer playlists in the same year it first went public. It also continued to gain new lives in various later adaptations, covers, series, movies, etc.

This is a classic example of a song far bigger than the movie where it appeared. Moreover – to this day, this song is the most famous one that goes with the name of Stevie Wonder, while not many of us remember the movie. And it is good that it’s like that, at least when it comes to Stevie because the song is his author’s work from beginning to end. He’s a composer, writer and performer – and this was one of the most beautiful love ballads of the decade in which “power-ballads” were almost a binding norm.

It didn’t take the Pentagon to try to figure out how making music in the movies is an extremely important factor. Therefore, in the largest screened US Army commercial – special attention was paid to the music. It was worth the effort since it was awarded the Oscar. “Top Gun” had a brutally good soundtrack, so it was just a question of which song would come to the fore. Although Kenny Loggins made a serious effort with his “Danger Zone”, the winners were members of the Berlin group and the song composed by Moroder, according to the lyrics of Tom Whitlock.

Jennifer Warnes has changed music partner, and Bill Medley has replaced Joe Cocker. The result, though, was the same – first Oscar, then history. Nothing else could have happened with the song that Baby (Jennifer Gray) and Johnny (Patrick Swayze) have danced to. The lyrics were written by Frank Previte, who was also one of the composers, with John DeNicola and Donald Markowitz. Together they started a dirty dance that, to this day, it has not stopped yet – but its little secrets are still being revealed.

After a few years, there was a sharp turn. The primary culprit is Jonathan Demme and his film about HIV, homosexuality and homophobia, which brought Oscar to Tom Hanks. However, Tom was not the only famous name from this project to take away the gold statue that year. The great Bruce Springsteen received his golden-fellow, as the author and performer of this song which was also awarded four Grammy’s and has grown into one of his most famous songs.

Is there anything you need to write about this song at all? Or the movie she appeared in? All personal affinities aside, but the fact is that both Cameron’s accomplishment and Celine Dion’s songs have become cultural brands. To enumerate all how this song influenced pop culture in the years that followed would be superfluous and even impossible. Therefore, let’s just mention that the lyrics were re-written by Will Jennings ( the same man who got the Oscar for the song Up Where We Belong, from the movie An Officer and a Gentleman) – while the music you will recognize in a second you hear it is the work of James Horner.

The first decade of the 21st century was a little weaker in terms of film music – but by the second decade, things were going dangerously better. At the outset, a lady from the UK came along to sing one of the best songs the James Bond series has ever had. Certainly the most successful, because she achieved what had previously failed many great musicians and powerful songs from Bond films. Adele designed the song of the same name as the movie where she co-authored with Paul Epworth. However, it probably would not have been what she had become if it hadn’t been for her masterful performance. This song has become a global hit and a significant link in the serial popularity of the most famous secret agent. Not long after, her success was repeated by Sam Smith, but slightly less triumphant

How to Extend the Range of Your Wireless Microphone – 2022 Guide