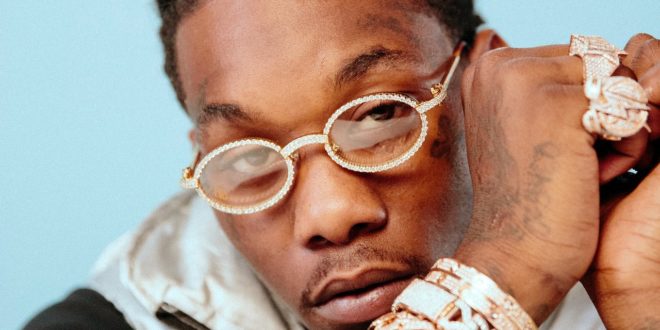 Offset is one of the trios of rappers, belonging to the popular rap group from Lawrenceville, Georgia, the USA, called Migos. As his two cousins and colleagues, Offset is the founding member of the ultra-popular group. Migos is a very successful music group, which gave Offset, Takeoff and Quavo wide recognition, as well as individual careers. During his career, he produced dozens of rap and trap hits, which held high sports on various charts and lists. Read on to learn more about his career, personal life, and net worth.

I BEEN DOING THIS ENTERTAINMENT GOD MY WITNESS WHICH ONE IS ME ????

Offset is his stage name, as he was born as Kiari Cephus, Offset, on 14 December 1991, in Lawrenceville, Georgia. He was raised by a single mother, alongside his relatives Quavo and Takeoff. Offset is the cousin of Quavo, while Takeoff is his nephew.

When it comes to his private life, Offset is an expressive man. He recently proposed to his girlfriend and fellow rapper, Cardi B, during a live performance with a $500,000 engagement ring. He has a daughter with her, called Kulture. Before his recent engagement, he had other relationships and has three children with three of his previous girlfriends.

Offset comes from a middle-class family. He has always been passionate about hip-hop music, and music in general, since his early childhood. He has never lost hope about making it big. Ten years ago, in 2009, he got together with his relatives, who are also from the same Georgia town.

They formed their group called ‘Polo Club’, which they renamed a year later to the now world-famous Migos. They, however, did not find much success during their first several years. While time passed, people and fans started recognizing their mutual talents, and the group grew more and more famous.

Their first group tape came in 2012, gaining only limited attention. Everything started changing in 2013 when their single ‘Versace’ was released. The audiences loved the hit, as it even appeared on various Billboard lists and charts. His career really took off in 2014, when their second mixtape called ‘No Label 2’ was published.

Offset was praised the most by media and fans alike for this mixtape. The following 2015, the group released the first album that would become the number 3 album on the list of the ‘Top Rap Albums Charts’. Offset and his relatives/colleagues finally got to taste the mainstream success.

Only two years after the groundbreaking success of this album, Offset and Migos released their second group album, ‘Culture’, which was number 1 on the Billboard list.

Twitter
Doing a surprise show for my biggest fans in NYC tomorrow night.
GET YOUR TICKETS HERE https://t.co/vJq2rl2pEU pic.twitter.com/ONQ9a5FwQI

Offset also has collaborations with solo rappers and artists outside of Migos, and many of these songs are also hits.

BOSS is rising up against whatever is thrown at you. Separate yourself from what ain't working, surround yourself with greatness. What is B O S S  to you?  BOSS UP – tag me & @AmericanCancerSociety when make your post at https://t.co/QQGFkMIz7S. #BeatCancerLikeABoss pic.twitter.com/P6c5h2vm12

Except singing, Offset and his fellow group members also appeared in an episode of the popular TV series ‘Atlanta’. They are also constantly present in talk shows, on tours, and celebrity gatherings.

Since he is a member of a rap group, he does not yet have any individual awards. However, his group has won several different nominations and awards, including three BET Awards.

The Net Worth of Offset

Offset has known success for a limited time, so he does not have such a huge net worth when compared to other rappers in the industry. In just over 6 years of success however, he has accumulated a net worth of around $5.5 million.  This is remarkable when the time span is considered and deserves praise. Since he made all of it purely from his rap career, if we take into account the ever-growing success and popularity of Migos, his net worth can only go up in the coming years. The group is producing albums regularly and collaborating with other artists. They are still only starting.