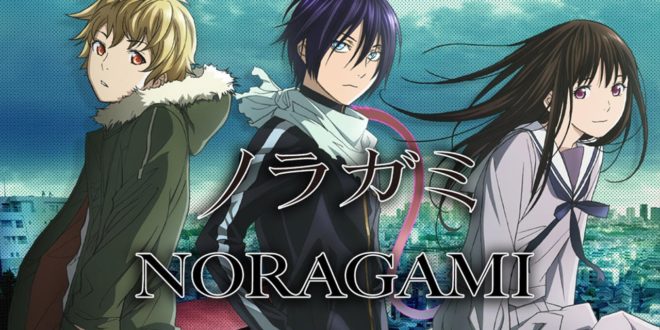 This anime created by Adachitoka in 2014 grab huge audiences across the world and became one of the most successful anime tv shows of all time, with a vast number of first season viewers. The first season of Noragami had twelve episodes, and since it was a huge success, the fans were asking for more. Their wishes were answered in 2015 when the studio aired the second season with a total of 13 episodes.

The premiere of the third season of this supernatural manga series, Noragami, was moved, and even though the first rumors were that the first episode of the third season should air in the summer of 2018, they moved the premiere to the end of 2019. The actual date is not yet set, but the fans can enjoy watching the English version of Noragami Vol 20, which was released on June 11th this year.

The main plot of the Noragami is about Hiyori, a schoolgirl that gets into an accident that, like in most superhero movies, changes her life. It all begins from this, as she soon finds out that to be able to use her ability, she first needs to learn how to control it.

Her body gets separated from her soul, and the main plot is about her realization of her newly received ability to travel between two realities. The ‘good’ reality is the Near Shore, a place with humans, and the ‘bad’ one is Far Shore, the universe with demons and other mystical beings. The storyline follows Hiyori while she is trying to find her new purpose until she finds it in fighting with demons and lost human souls that she meets in the parallel world.

In one of her journeys, she meets a god named Yato, and when she realizes that he is raising money for the temple and that he can grant her one wish for 5 yen, she agrees to that and decides to continue her quest with her new friend. The significant role in her acceptance of the god Yato’s offer also had her newly discovered ability to separate her soul from her body. While traveling with Yato, Hiyori also meets Yukine, a Yato’s Regalia, and soon they become good friends, and the beginning of their numerous adventures starts right there. Shortly, the anime plot follows adventures of Hiyori and her friends, as they are finding solutions and answers to their dilemmas and problems.

As for the 3rd seasons, there are just rumors, and nothing is yet made official by the studio. Most of the suggestions say that the third season will have a dark twist to the series and that it will be something very different from the other two seasons.

One of the season three main plots will be around Yato, his father, and their relationship. The studio announced that the fans will finally find out Yato’s real identity, and learn about his dark and mysterious past. The third season will star Bishamon, a goddess of war and warriors, who will forgive Yato for murdering his family. It will also follow Yato as he is trying to find more worshipers. His greed and obsession with finding followers, which was evident in the first two seasons, will be exploited, and the focus of the third season will be on that.

Another plot will, of course, be about Hiyori and her kiss that happened in the 1st season. The Noragami studio will surprise their audience by revealing the name and personality of her kisser, which (as the rumors go) will be, the Yato’s father. If this rumor turns out to be valid, it will just add to the saying for this season – expect the unexpected.

The studio decided to make this season an unforgettable one, as there are constantly new things happening, and the spotlight is always on another character. We can only wonder about the cliffhangers that they will choose for episodes and the end of season three. It should be a very dynamic season, and the storyline will also have a twist when the god of fortune, Ebisu, uses the Phantoms for the amelioration of the world. For doing that, he gets declared as a felon. Meanwhile, Yato was planning to fight for the throne and the title of God of Fortune with help from Hiyory, and these actions of Ebisu just helped him in achieving that goal.

While Yato’s goal is getting as many allies as he can, Nora, his previous Regalia, seeks revenge, and Yato is still unaware of her dark side. All of these new story twists will make the Noragami even more challenging to comprehend for those who want to skip the first two seasons. A piece of advice, if you are planning to watch Noragami season 3, you should probably binge-watch the first two seasons.

Most of the fans can not wait for the start of the Noragami 3rd season, primarily because it is known that most of the Tv Show premiers are aired right in the middle of the autumn. This fan’s theory has a solid foundation, but nothing is certain yet, and the studio, responsible for the Noragami anime, still hasn’t put the official date for the premiere.

Some rumors say that the show is on hold as the fans’ expectations are getting higher, and the fans are getting more and more impatient. The predictions of the Noragami 3rd season release date goes up to early 2023, and the release date of the 1st episode should be in spring. There are many rumors and false predictions on the web regarding the third season. But what’s important is that the 3rd season of Noragami is likely to happen.

As every Noragami fan, we can’t wait to hear that they decided to grant us at least one or a couple of episodes near the New Year, but everything about the release date is still questionable. We just have to wait and see what they have prepared for us. 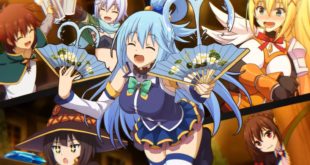