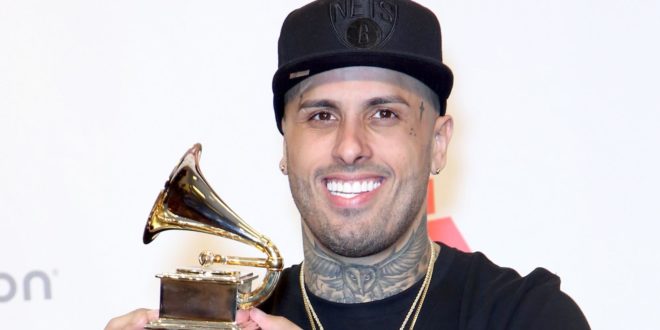 Nicky Jam is an American singer and songwriter who has released many solo hits, and he also collaborated with many celebrities, including Daddy Yankee, Enrique Iglesias, Plan B, and many others. His latest hit album titled Fénix came out in 2017.

Nick Rivera Caminero was born in March 1981 to a Puerto Rican father, while his mother was from the Dominican Republic. He had to start working at a grocery store at an early age to support his family. In 2017, he got married to Angelica Cruz, and now they have two daughters, Alyssa Rivera and Yarimar Rivera.

Nicky Jam’s career started in 1994 when he released his first album titled Distinto A Los Demas. Unfortunately, it didn’t become a hit like he was hoping, but it did help Nicky attract the attention of a few producers. Not long afterward, he met Daddy Yankee and the two of them released an album titled Los Super Amigos, and this one became successful. So, after a while, they worked together on another one called El Cartel II: Los Canaris.

Nicky’s second album, Haciendo Escante, was released in 2001, and two years later, the third one came out, titled Salón de La Fama. His fourth album is perhaps the best known for several hits, such as Chambonea, Me Estoy Muriendo, Va Pasando el Tiempo and I’m not your Husband.

His last album, the previously mentioned Fenix, was also quite a success, with many celebrities appearing in it, including Kid Ink, Enrique Iglesias, Daddy Yankee, Magnate & Valentino, Arcangel, Cosculluela, Sean Paul and Konshens. It comprises 26 songs and is ranked 1st on Top Latin Albums chart in the United States.