Gender inequality in the gaming community has gone into oblivion, according to statistics, almost half of gamers are girls, and many of them prefer not only casual games but also quite hardcore projects. In this article, we have put together a list of games that girls will surely enjoy.

There is an opinion that there are games for boys and for girls. The first play shooters, strategies, and MMOs, the latter prefer something less provocative, like simple economic simulators and quests about finding objects. This is only partially true. Many girls are not averse to fighting the difficult boss in Dark Souls, and guys can periodically peek into some of the “three-in-a-row” genre titles to thoughtlessly click on gems, fruits, and other objects.

A certain division by preferred genres, characteristics of men and women, however, is still present. It’s all about the approach to the gameplay depending on the gender: the guys strive for competition, they want to win and be the first, the girls are focused on communication, the development of characters and their relationships, promotion along with the storyline, they are less prone to violence and try to act peacefully, even in MMORPG choosing a support role.

Based on this, as well as personal experience, we have compiled top multiplayer games for girls. But at the same time, they decided not to focus on too casual genres, but to talk about projects that representatives of both sexes would love to play with, and thereby find common interests. If you are a guy and are looking for how to lure your soul mate into the world of virtual entertainment, then these are ones that are most likely worth her attention.

Surely this title wasn’t the first one you would remember when you saw the title of this article. But this global phenomenon has attracted many women. They say the number of girls playing World of Warcraft is a few million, with over ten percent of the players being female. World of Warcraft is certainly globally popular and whenever a new version comes out, people wait for hours and days to buy it. And so it has been for over fifteen years. Also, large sums of money are spent on many boosting services and other content related to the game. Visit lfcarry.com to see some of the boosting services with whom you can enhance your playing experience.

The data published by the publishers of this game are very interesting. They came to the information that almost half of the players are women. It can be played in both single and multiplayer, and what has probably attracted a large number of women is the ability to choose a character at the beginning, where there is a large selection of female characters. Also, there are a variety of options for modifications and creations, so it’s a lot of fun for that reason. After the initial setup, a very interesting fight to save the world also continues.

Everything to do with the Star Wars universe has attracted millions of people for almost half a century. The same is applied by games inspired by the Star Wars universe. It offers a huge number of multiplayer players that you can play with. In the beginning, you choose between the good and the bad side, ie the light and dark side. A large number of women were spotted on the servers, nearly thirty percent.

This title took over the world by storm. Unlike the previous ones on our list, Pokemon GO is for smartphones. At one point, the largest number of downloads from the Google play store ever was recorded. Gender doesn’t matter at all, everyone was running through the streets, seemingly pointless, playing this game.

Co-op arcade dedicated to cooking. And it’s not about stereotypes, they say girls have a place in the kitchen, no – it’s just an exciting, intense and very funny game in which participants have to cook different dishes together, trying to cope with difficult obstacles and an inexorable timer that counts the time until the mission is completed.

Overwatch is perhaps the only shooter that has attracted so many girls. This was probably influenced by a very interesting story, as well as various animations. A large number of women have been spotted not only in the game but those streaming on YouTube and other platforms.

But as not everyone prefers multiplayer, but many also like singleplayer, and this is a case with some girls, we will mention a couple of singleplayer titles that can be very interesting for women.

The developers of Assassin’s Creed Odyssey for a reason made a choice in the game between two heroes – so they attracted an audience that, otherwise, might not have paid attention to the adventures in Ancient Greece. Any girl will enjoy the role of the impudent, strong, and independent Kassandra, capable of challenging the gods themselves.

Anno 1800 belongs to the genre of economic strategies, and this is one of the most interesting games for girls (and guys, of course). Here it is necessary to develop an island state, simultaneously fighting with competitors and pirates, their own citizens, and a constant lack of resources. Patience and diligence are rewarded. Rich and powerful country, equipped with all the benefits of 19th-century civilization, looks like it has come down from some kind of postcard.

Probably not a single game is suitable for girls like The Sims. Here you can realize your creative potential by building houses and creating ideal sims, as well as observe the life of characters and control them, trying to make them happy. The best life simulator by far.

An exciting, sweet, and even romantic (if you want to) story about teenage girls who are trying to cope with the supernatural power inherited by one of them. Somewhere in the background, an eerie plot about murders unfolds, but the central theme of the game was friendship, relationships, and violent youth.

It doesn’t matter if you are a beginner or an experienced gamer, the titles from this text will definitely be very interesting to you. Girls Only: Choosing the Right Fit for Your Refashioned Raglan Sleeve Sweatshirt 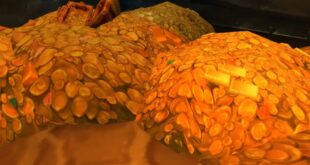