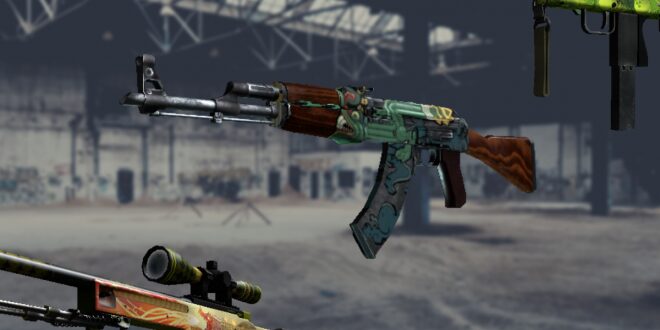 The video game industry is constantly reaching new heights and overtaking other branches of entertainment. It is understandable why many consider it the fastest growing industry as a whole when you think about all of the different aspects of modern gaming. It is no longer just a pastime activity and a hobby, but a legitimate business that any individual can become a part of. From streaming your gameplay on video streaming services to being a video game content creator or influencer, there are numerous things to do and routes to take. Being a professional gamer and doing what you love as a full-time job is an ultimate goal, but not something anyone can achieve.

The most attention is given to the most popular games of course, and one of the top spots is reserved for Counter-Strike: Global Offensive (CS: GO). Although it was initially released in 2012, it is still one of the most played and commonly referenced video games on the planet. Available for all the major platforms but usually played on PC, Xbox, and PlayStation, it is a first-person tactical shooter where teams of players battle it out in different game modes and on various maps. Global Offensive is the latest iteration in the long-running series of popular shooters, and the most dominant title video game developer and publisher Valve has ever released.

We mentioned the business side of modern video games, and CS: GO is a very good example. Games have in-game currencies that had nothing to do with real life. However, for years now, studios have opted to introduce payment services that allow gamers to spend real-life money on in-game things. The most popular thing they buy are skins or different appearances for the characters and equipment in the game. If you are tired of the default skin of your terrorist character, you can either wait until you randomly win a skin you like, or spend money to speed things up and unlock exactly what you like. The same goes for weapons. If you no longer want your AK-47 to look like a normal gun, there are plenty of skins that take it to a whole new level and give you something to brag with.

And it is the bragging rights that are the driving force for people spending money on skins. The rarer they are, the more awe-inspiring they tend to be. Best of all, they are worth real money and can be sold outside of the game. CS: GO has something not many other video games have, a chance for players to sell the skins they have outside of the game and earn hundreds, even thousands of dollars. If you are lucky enough to unlock a valuable skin, you can auction it off or look for buyers directly, and best believe there are always those looking to update their boring old default skins and spend money to look cooler.

Right now you probably only have one question, the titular question of the article. What are some of the most expensive skins in the game right now? There are always new appearances coming out so which one takes the cake in terms of value in 2023? Read on to learn more about this. If you want to browse the skins or buy a few for your own GO account, make sure to visit wiki.cs.money and check out what they have to offer.

Let us now see about those skins, shall we? What are some of the most popular and therefore valuable skins on the ultra-popular Counter-Strike market? Mind that the prices tend to vary and that the given prices are what you can probably expect for each skin

The most popular guns in the game tend to have the most skins, as well as the most expensive. The famed assault rifle in this variety sports a colorful pattern with a clearly visible serpent moving down the side towards the barrel. Stattrak versions are much more expensive and rarer of course, but any variety of this skin will set you back quite a bit. Among the oldest in the game, it came out in 2013.

This beautiful red and black skin has a wolf on the main body of the assault rifle. The red beast has its jaw open ready to hunt for the enemies. It is truly bloody skin and therefore the perfect look for a strong and reliable gun. It is also among the oldest skins in the game, but still a popular and sought-after variant.

The knife, a melee weapon in the game, was the original recipient of overly expensive skins. If you managed to get one, your account would instantly become worth thousands of dollars. The bayonet skin is one of the top three looks that cost an arm and a leg, and the price tag of the crimson web sits at a whopping $9300. Yes, you read that right. Almost ten large for a digital item. It is a status symbol for gamers and something CS: GO players dream about.

As we mentioned, the knives are where it is at in Counter-Strike. The Karambit knife had the original big-money appearance and it is still considered the most luxurious item in the game. It matters which color variety and which condition you have, but the Emerald Gamma Doppler has to be the most expensive at around $11000. The Karambit looks much cooler than the rest of the knife skins so it is easy to see why it is still so popular.

The strongest gun in the game per single bullet is the most popular sniper, as well as one of the signature weapons in the Counter-Strike series. This variety utilizes a Nordic Mythology look and it is a member of the Norse Collection of skins. It is named after the famed spear of the chief Old Norse god, The Allfather Odin himself. The body sports a beautiful sky blue rune pattern, the scope is similarly decorated, and it is all reminiscent of the Old Norse Myths that have gained serious popularity in the recent decade.

Not only guns and knives receive skins, as you can find expensive appearances for the gloves and agents as well. For example, the most expensive gloves are Spearmint Moto Gloves Field-Tested, which are usually sold for around $1800. Right now, the most expensive agent skin is the Sir Bloody Miami Darryl, with a price tag of only $15. Yeah, it is all about the gear in CS: GO! 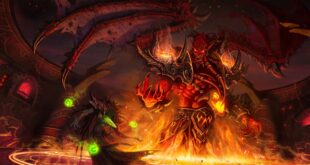 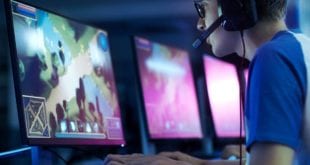