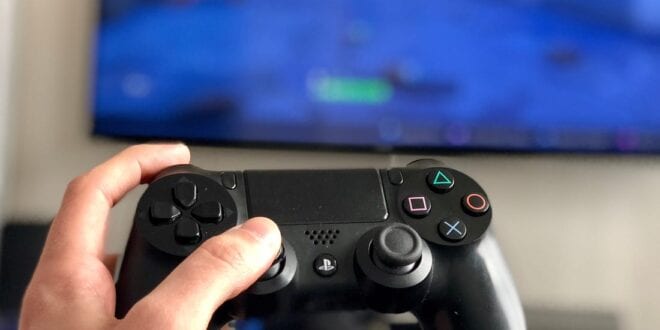 Video games exist for a very long time, and ever since the day they were introduced to the public, people saw a hint of competition and an opportunity to become the best at them. Although the eSport scene back then wasn’t nearly even comparable to what it is today, people were still making their competitions, and that’s exactly what served as the roots of the multi-billion dollar scene today.

Let’s take a look back down memory lane and remind ourselves of some incredibly simple yet famous titles such as Tetris. Ever since the day this game came out, people wanted to be better at it, so they practiced, and eventually, there were tournaments with prize pools. There are many other examples as well, but we feel like everybody reading this article knows about Tetris, even if you’re not a video-game enthusiast.

Although remembering about the past back where everything started is a great thing, for today’s article we have a slightly different subject. We’re still going to talk about competition, but we’ll focus on some of the titles which are currently very well-known in the present year of 2022. Whether it is that you want to get into gaming because of the quarantine, or you’re simply reading this out of sheer curiosity, you’re more than welcome to stay with us until the end, you’ll learn a thing or two. Let’s take a look.

Counter-Strike: Global Offensive or as many people would like to call it, CSGO, is the world’s most popular and polished first-person shooter game. Out of all the communities that FPS games have in terms of competition, CSGO has the largest one. Ever since the 1.6 version of Counter-Strike came out, people immediately got “hooked” and started competing.

We’re more than happy to witness the progress that this title made in the past fifteen years. Prize pools are no longer in the hundreds, nor thousands. Winning a CSGO tournament means that you’re a millionaire.

Another amazing first-person shooter game made by Respawn, a studio that managed to create one of the most sophisticated Battle Royale titles ever. Apex Legends is a polished game that features fast-paced gameplay and unique looting mechanics. The game has a polished ranking system that allows you to get matched with better players based on your performance in the previous games, so if you want some competition in the virtual world, try reaching the “Apex Predator” rank in Apex Legends. Good luck on the battlefield.

The most competitive and advanced MMORPG game in the entire world, a title that’s so similar to real-life that you won’t believe it’s a game. We don’t recommend playing BDO if you’re a complete “newbie” in this genre, but if you are a persistent person and you enjoy struggling a bit with your character development, you’re more than welcome to check it out. Be wary that in BDO there are a lot of players, and about ninety-nine percent of them are very competitive, so if you cannot manage to keep up with them, LFCarry is a great way to get yourself a boost. Once you start playing Black Desert Online you’ll immediately fall in love with it. Some call it way too “grindy”, but we believe that this element is what makes it special and loved by so many.

A highly competitive title that recently got released by Riot Games, a studio known for its titan MOBA title called League of Legends. Valorant was designed for the competition from the first moment the devs announced it, so don’t be surprised if you hop in-game and face some very serious players. Currently, the game is free to play and it recently got released after the closed beta, so you’re completely free to try it out. The download shouldn’t be more than ten gigabytes, which makes this title very accessible even for players who don’t have a super-fast internet connection.

Valorant is super great because of the superior anti-cheat system that Riot Games created specifically for this title called “The Riot Vanguard”. This software will make sure that all of your matches are played fairly and without any suspicions that you’re playing with or against a hacker.

Dota 2 is one of the most popular titles by Valve and a game that’s very well-known in the MOBA community. It exists for such a long time and it has a fully-developed pro scene. Just like Counter-Strike: Global Offensive, it’s a game that achieved huge amounts of progress in the past couple of years. All of the major tournaments in Dota have prize pools that go in the millions, and most of that money is from the community, collected through a unique feature called “The Compendium”. Dota 2 is free to play on Steam, so feel free to check it out if you’re looking for a lot of fun and competition at the same time.

Last but not least, the main “rival” of Dota 2, a MOBA title made by Riot Games, a studio that we mentioned a bit earlier in the Valorant section. League of Legends was like “the easier version of DotA2” back when it came out, but as years passed, this opinion changed. LoL is currently one of the most difficult games to play mechanically-wise if you’re looking to compete with some of the pros on the highest possible level. Don’t let these words scare you though, because League of Legends is perfectly beginner-friendly, and the ranking system allows you to play with people of your skill level, so there’s nothing to worry about.

Competition in video games exists for a very long time, but it’s never been as serious as it is in 2022. As we go into every next year, eSports will only become more and more recognized, eventually being on the same level as real sports competitions. Currently, the eSport scene is worth billions of dollars, and new games are slowly building up a competitive community as well. In this article, we mentioned the six most competitive games of 2022.

Previous How to Prepare Your Restaurant For Hood Cleaning?
Next Jose Antonio Baston Net Worth 2022 – Mexican Media Tycoon 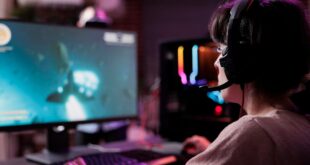