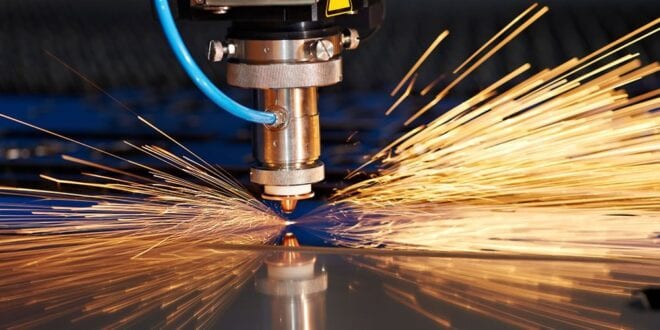 The finishing touches of a metal product are what make it stand out compared to other materials. A polished look is always created by applying the final few steps of the procedure, but the important thing to remember is that there are multiple methods of doing this.

Aesthetics is not the only thing that people who work with metal have in mind when doing the finish. This is a procedure that helps against corrosion as well. Depending on what the metal part needs to be used for, a different method can be applied in the manufacturing process, and today we’re here to talk about the most common ones that professionals use. Let’s take a look.

This is a procedure that creates a chemical reaction, which can then be used for “coating” the metal in thin layers. These layers will protect from corrosion and they can be used for coloring purposes as well. It’s not used as widely as some other ones that we’ll mention on this list, but it’s not rare to see it in the industry as well. According to the experts, using Black Oxide is a relatively common way to treat the surface of all components which are made out of steel, or to remove the “free iron” from those parts which are labeled as stainless steel.

This procedure is done in a few steps, and it begins by selecting a metal part and placing it to the side while you prepare the dipping mixture. The mixture contains aluminum, zinc, lead, and dissolved in. All of this should be mixed into something that can create a metallic film. You take the part and you dip it into a container filled with molten zinc. It’s simple but very effective, and we can see it being used on guard rails that are placed on roads. The main benefit of this is that it creates an amazing anti-corrosion layer that works like a charm even in the most extreme conditions.

When it comes to aesthetics and increased corrosion resistance, regular painting is a method that sees a lot of use. This can be done by using sprays, the dipping method, powder coat paint, and even brushing, as well as something that’s called an electrostatic painting. This might seem like a difficult thing to do when thousands of parts are in question, but thanks to technology, a lot of factories have automated ways of doing this.

Probably the most technologically advanced method out of all the other ones on the list, a procedure in which an electrical current is used. A positively charged wave goes through the solution which contains dissolved metal ions, and the negative wave is applied to the metallic wave that needs to be plated. The process itself is called electrodeposition and it is widely used in the industry. For this to be done, you’ll need to dip two electrodes into electrolytes and connect them to form a circuit, whether by using a battery or any other source of power.

When a certain metal part needs to endure high temperatures and remain untouched, a thermal barrier coating is applied through a process called thermal spraying. The item that needs to be coated is placed on a worktable and the barrier is applied in multiple different ways, depending on the need. A few very popular variations are Detonation spraying, Wire arc spraying, Warm spraying, Flame spraying, and Plasma spraying. This method exists for a very long time, with some variations dating back even from 1910 and 1920.

Now that we’ve mentioned some of the most popular methods, it’s time to talk a bit about the equipment that is used in these processes. These tools and polishing machines come in all shapes and sizes, but they all have an important role in the industry. Barrel finishing machines are really common and they come in two variants, dry and wet tumblers. One of them (the dry one) utilizes a vertical process to handle the part throughout all the stages of finishing, while the other one is used to simply remove the stock from the surface.

Another very common machine that’s used is a vibratory finishing machine. The name is pretty self-explanatory. This machine uses vibrations in a high-frequency motion to deliver fantastic finishing results, as Inovatec Machinery explains to us and this one is widely searched for.

As we already said above, there are a lot of important uses for the finishing, even if that means enhancing the looks of the part. The automobile industry benefits a lot from aesthetics, but that’s not the only reason why some types of finishes are being applied to the metal parts. Some have a purpose to make them resistant to fire, while others are there to prevent corrosion from damaging the looks. Did we mention that electrical resistance is a possibility as well? It is if the right type of finish is applied to the part.

Some types of finishes make the metal item harder and stronger, so if that particular part needs to be put under a lot of pressure, the finish can make it more durable. Torque tolerance and tarnish resistance is also a common benefit of this.

Metal is a very important material that changed our lives for the better after we’ve discovered it. Today it is used in all of the modern industries for many different purposes, and we’ve found a way to make it even better than it is. Metal on its own is a material that’s prone to corrosion, but through all of these years of inventing, we’ve found a way to make it resistant, and that’s possible by applying a special type of a finish.

The same goes for improving its aesthetics or making it fire-resistant. In our article we talked about the most common types and procedures that are used in the industries, and not just in the automotive ones.

Previous Marketing Plan vs. Marketing Strategy – What’s the Difference
Next 5 Reasons to Translate your Website in Coronavirus Time 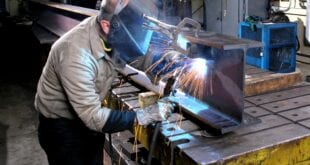