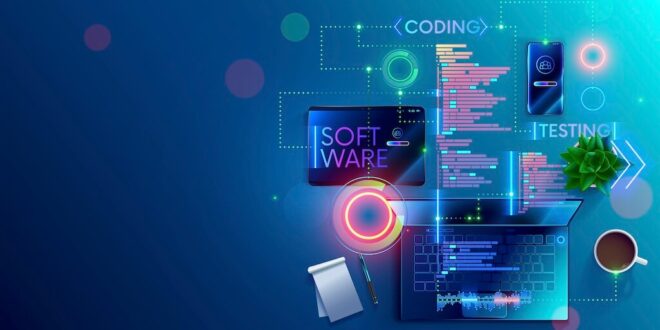 Monolithics or Microservices, and What Is All This Staff About?

Carolyn Lang 03/12/2021 Technology Comments Off on Monolithics or Microservices, and What Is All This Staff About? 111 Views

When developing an application, the structure chosen can often emphasize the desired features. Choosing the right architecture in object-orienting programming involves taking into account the intended features of the application and sometimes even making compromises. At this stage, it is vital to have a clear idea of what features your application should have in the far future. Over time, scalability becomes one of the most important attributes.

Knowing the potential functionality of the software can play an important role in the design phase, as it will determine how your application can scale in the future. In recent years, microservice architecture has become a popular way to build software, and its high scalability is considered an important factor. The choice of architecture is important within the application design phase when the integration of different components is planned.

As it determines how they should work together in the system. The important question is whether there should be synchronous or asynchronous messages between the different microservices. In a monolithic application, communication between modules does not require as much monitoring and planning. At the same time, the monolithic solution demands a more professional development team.

Differences between Monolithic and Microservices architecture

The biggest difference between a monolithic structure and microservice architecture is the way the system components communicate with each other. Unlike monoliths where communication is done with internal function calls (IMC), microservices communicate with each other asynchronously over a network. Because of the independence/isolation of these services, they are also individually easier to scale horizontally. Monolithic systems and microservice-based systems are based on opposing concepts and goals; they have little in common.

Microservice architecture and monolithic structures still have many things in common, but since microservice architecture consists of distributed components (microservices), there are more things that differentiate them. Microservices still consist of programming code that needs to be written, tested, and executed. Of course, microservices also have an input and an output in one way or another, much like monoliths. Microservices can connect to other devices themselves. This is determined by the developer, who writes the code similarly to a monolith. However, this is where the differences begin to emerge.

It is a way to build an application from a collection of smaller services that run as separate processes and interact with simple mechanisms. The services are based on business opportunities and can be executed automatically and independently of the rest of the system. The system has minimal centralized management of services that can be written in different programming languages ​​and use different storage technologies. If you need to implement microservice architecture in your application, whether it was built from scratch or later converted, there must be a well-thought-out plan for service interactions.

It is an advantage because microservices can be scaled individually without having to consider the rest of the system. It is also easier to scale application development, and development resources can then be clearly allocated as needed.

Micro-services mean fewer dependencies. This leads to easier changes for developers and higher productivity in the long run, as development and deployment are easier and faster.

The ability of the programmer to understand the structure of the software is a necessary prerequisite to influence the development. With any module, it’s easier to understand when the developer is processing fewer lines of code and fewer dependencies, including less parallel execution (fewer things running in the “background”).

When you focus on microservices, you have software with clearer context boundaries and fewer or no external dependencies.

Technological freedom in this context means that you can choose the technology (programming language, framework, tools, etc.) according to the purpose and quality characteristics that a module needs.

The complexity of micro-services management

The complexity of microservices is the interaction between them. The main risk is that a complex system leads to complex relationships between its elements. As the number of microservices grows, so does the complexity of managing them as a single system. We can have a bottle neck here, while organizing the complicated and overloaded communication channels for micro-service management, which can lead to a decrease of efficiency for the whole system, or even failure.

Microservice system is more difficult to test and debug. This is because it is difficult to track remote connections and results between microservices with current development tools. If a good structure exists from the outset with clear contracts for service interfaces, it should be possible to solve the integration testing problem for a single application.

Microservices require increased monitoring and orchestration. When a microservice fails, this information must reach the service manager quickly. Only then can the problem be solved through orchestration.

Monolith is not necessarily a style of software architecture, it is a software system that has certain characteristics and therefore has a monolithic architecture. An application is monolithic if all of its application logic is deployed and executed in a centralized runtime environment. Currently, application logic is in the spotlight when it comes to monoliths. So the question is, when will the application become monolithic? _ cannot be answered based on the size of the system, but on the basis of the structure and position of the application. Typically, individual application logic modules cannot function independently and share server resources. As a result, monoliths are often difficult to maintain and changes can only be made with great effort.

The procedure is also simple and the tasks are completed in one go. The first steps should be less difficult. The problems can be fixed without rebuilding the app. The simplest type of implementation is monolithic. Its components are much easier to use. Just push the app to the server for deployment. Monolithic architecture is the traditional way to build an app, and it’s always easier to understand. For small and less complex applications, they are often the right solution and can also provide high availability and high performance if needed.

The understanding of an app is often limited when it has a large and complex code base with many dependencies. In this case, changes to the source code are associated with increased coordination efforts and increased risk. Testing monoliths also often requires a lot of effort. Overall, the size, structure, and complexity of this system negatively affect the productivity of testers. The application always needs to be redeployed as a whole, even if only a small part of the software has changed. In addition, scaling of monolithic is limited. This can only be done by duplicating the entire application or adding hardware resources.

In large and complex systems, there are usually several teams that can only operate independently to a limited extent, because parts of the application are highly interdependent and all changes must be coordinated between the teams. The monolith often has severe limitations in terms of the technologies used, as they can often only be replaced by increased effort and risk. Thus, in order to minimize the risk, the technologies used are often still used, and the opportunities resulting from the use of new technologies are not used. However, the shortcomings and problems described do not mean that monolithic systems are generally bad.

Service in microservices can be developed independently using different programming languages. At the same time, the monolithic architecture is developed entirely in one programming language. A functional programming language provides excellent scalability, clean and concise code. This reduces the complexity of the program code, allowing the developer to avoid problems that arise from side effects and are not really related to the problem the program code is trying to solve. “The biggest challenge for the computer scientist is to avoid confusion due to the complexity he has created.”This kind of complexity should be avoided. The more or less functional languages are Haskell, Clojure, Scala and F #. But there are also functional constructs in languages like Java, JavaScript and C #.

Before you create a microservice or a monolithic architecture for application development, it is important that you understand the pros and cons of both approaches and the implications of your application. If you choose to use the microservice monolith classes instead, you will end up with duplicate code that may look different over time as changes are made to the code.

So, in both cases in object-oriented programming, we have to choose between two very complicated alternatives. What if somewhere exists a totally different solution, which can be quick, simple, scalable, easy to review, monitor, and manage? And yes, it exists in functional programming. The monolithic architecture of software, created with FP, like Haskell, is clear, easily scalable, like for microservices in OOP, and simple to maintain. Check some of the cases, realized in the domain of functional programming and gain the clue, why such giants, like FB, widely use it.