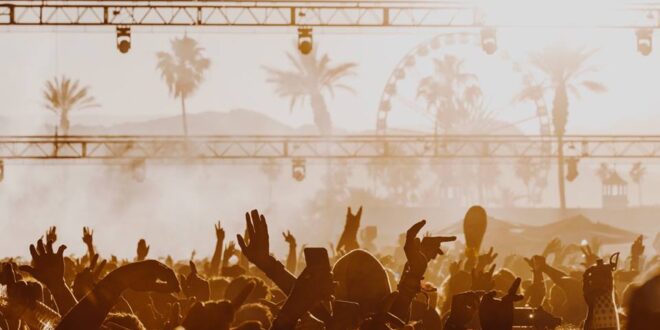 6 Modern Music Festivals That Are Similar to Woodstock

Luisa Dorsey 18/01/2023 Entertainment, Music Comments Off on 6 Modern Music Festivals That Are Similar to Woodstock 26 Views

For many, the iconic music festival Woodstock of 1969 represents a golden era of a cultural revolution and musical experimentation. This three-day event served as a critical historical moment for counterculture in America, showcasing some of the biggest names in rock at that time, such as Jimi Hendrix and The Who. While it is impossible to recreate this classic period, there are still plenty of modern-day music festivals that capture the spirit of Woodstock, serving as magical and boisterous experiences for attendants who love live music.

In this article, we’ll examine six music festivals from around the globe that pay homage to Woodstock with their atmosphere, eclectic lineup, emerging talent, and passionate mission.

Music festivals have quickly become a significant event in the modern era, bringing many people together to share their enjoyment and love of music. Among these events are those that mimic the most popular and famous festivals of our time. Woodstock, Burning Man and other such festivals have captivated young and old audiences with their unique atmospheres and unforgettable performances.

With modern technology making it ever easier to coordinate large festivals, thousands of attendees now flock to them annually, allowing everyone a chance to experience the vibrancy of such events; however, to truly understand the significance and culture of these events, one must attend in person – it truly is an experience like no other.

Burning man is also known for the best magic mushrooms. The festival takes place in the Black Rock Desert, Nevada, and has been running since 1990. This gathering of like-minded individuals is best described as an art, self-expression, and community experiment.

Coachella is an annual event held in Indio, California, since 1999. Spanning over two weekends, the festival features some of the biggest names in indie rock and electronic music today. Over the years, the lineup has included iconic acts such as Radiohead, Daft Punk, and The Strokes.

The festival features multiple stages with performances running throughout the day and night. Attendees are treated to food stalls, art installations, and camping areas to make their stay comfortable yet wild enough to keep things interesting. Additionally, the festival supports local charities and offers green initiatives to help minimize its ecological footprint.

The Glastonbury Festival is England’s largest and most famous music festival, taking place in Pilton, Somerset, every June since 1970. It’s a five-day event featuring performances from the industry’s biggest names and emerging talent.

As one of Europe’s most iconic festivals, Glastonbury strives to provide an unforgettable experience with its unique atmosphere and vibrancy. The traditional Glastonbury vibe includes all-night raves, interactive theater performances, art installations, and more. Additionally, the festival is renowned for its inclusion of a diverse range of musical genres, making it a great place to discover new music.

Bestival is a four-day event on the Isle of Wight, England, every September. Founded by BBC Radio 1 DJ Rob da Bank in 2004, this festival has since become one of the most famous music events in Europe. It’s known for its diverse lineup of genres from pop to rock and electronica, creative atmosphere, and family-friendly activities.

The festival features five stages, including main stage headliners and an area dedicated to emerging talent. Bestival also offers a variety of activities, such as comedy performances, a silent disco, a giant inflatable church, and more.

Boom Festival is a biennial event held in Idanha-a-Nova, Portugal. It started in 1997 and has become one of the world’s most acclaimed music festivals. The festival showcases live acts from all genres, visual arts, film screenings, and workshops.

The unique atmosphere of Boom Festival is created by its many stages, breathtaking lake views, art installations, and holistic program. Attendees can also attend dance and yoga classes, lectures, debates, and meditation sessions throughout the event. Boom Festival aims to be as environmentally friendly and sustainable as possible by incorporating eco-friendly practices into its agenda.

Exit is an award-winning music festival held in Novi Sad, Serbia, since 2000. The event features performances from various genres, such as rock, metal, hip-hop, electro, and more. It has become one of the biggest summer festivals in Europe and draws people from all over the world each year.

Exit’s unique venue — the 18th-century Petrovaradin Fortress- makes Exit different from other festivals. Spanning two stages, attendees can enjoy an unforgettable experience enhanced by spectacular views of the Danube River and the city skyline. The festival also offers a variety of activities, such as workshops and art installations, that bring out the creative side in all its attendees.

Modern music festivals have come a long way from Woodstock in size and scope. While some of these festivals offer more significant scale events with bigger acts, they all strive to provide an unforgettable experience that brings people together to appreciate music and art. Whether you’re looking for something laid-back or a wild raging party, there is no shortage of modern music festivals.

From Burning Man to Glastonbury, Bestival, and Boom Festival, each of these events offers something unique that can’t be found anywhere else. So if you want to experience the best in music, art, and culture, attending one of these fantastic festivals should be top of your list.

Previous How Do You Use Crypto Escrow? 5 Tips For Beginners
Next An In-Depth Look at How Kratom Is Grown, Harvested, and Processed