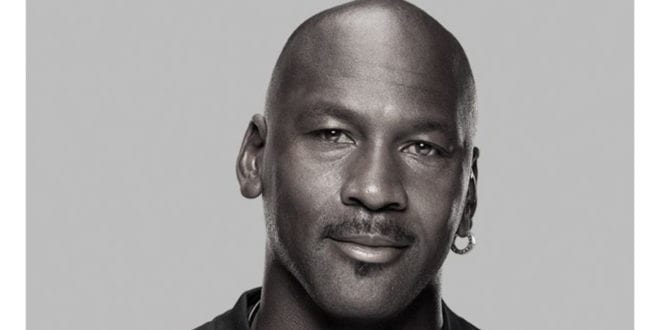 Michael Jordan is an American basketball player and an entrepreneur who has a net worth if $1.9 billion. Even with not playing basketball professionally in over a decade, Jordan still earns an approx. amount of $80-100 million per year. These earnings are from endorsements and various other business ventures. Michael alone earns $60 million every year from brand royalties of Nike and Jordan.

When Michael Jordan was an active member of the team, he set a sports record of being the first athlete to earn over $30 million per year in salary which was from 1996 – 1998 while he was in Chicago Bulls. In this season, he had earned $33.14 million which is the same as $53 million per year after adjusting the inflation rate. Michael owns the majority of Charlotte Hornets NBA team, and this investment is what made him into a billionaire.

Jordan is a five-time league MVP while also leading Chicago Bulls to 6 NBA Championship titles and according to BBall World, he achieved all of that through hard work and strict practice routine. He holds a record for the highest scoring average and was inducted into the hall of fame on the 11th of September 2009. Michael earned $97.3 Million in salaries when he was an NBA player. Today, he earns more from endorsements than he earned his entire NBA career from salary.

Jordan has been married to a model since April 2013 and has identical twin daughters that were born in 2014. He also has three other children that were from his previous marriage.

Michael Jordan throughout his career even at the present is a spokesman for many brands such as Nike, McDonald’s, Frank’s, MCI, and many more.

Annual royalties and the Nike deal

While Michael Jordan was not the largest celebrity for shoe endorsement, James Worthy had the honor of a $150,000 annual deal. Jordan beat all the endorsement records in 1984 when Nike started to pay him $500,000 per year for a total of five years. Jordan also received Nike stock options that brought his compensation to $7 million over the five years.

Before this deal with Nike, Michael had never worn a pair of Nike shoes and was wishing to sign the deal with Adidas instead but the offer from Nike was too good. When the shoes were debuted, they violated NBA uniformity and Nike had to pay the league’s fine. The shoe first appeared in March 1985 as the “air Jordan” and in just two months sold over a million pairs. The Air Jordan made $100 million in revenue for Nike. Today, more than half of all basketball shoes sold are Air Jordan and generates over $2.5 billion in annual sales.

The annual royalty that Michael got from Nike was around $60 Million however, numbers topped a total of $100 – $120 Million after a few years.

Michael was married to Juanita in September 1989 and had three children together. Michael after 13 years of marriage filed for divorce and had to pay $168 million as a divorce settlement. It was one of the most expensive divorces in history. The settlement that Michael paid included cash, the value of the real estate and stocks.

Michael Jordan primary lives in a lavish mansion in Florida. The house which is 26,000 sq. ft. has 11 bedrooms on three acres located within Jack Nicklaus Bear’s club Community. Jordan then bought the lot in 2011 for $4.8 million and after constructed his dream home in two years for $7.6 million. Jordan owns a $3 Million lake home in North Carolina and a luxury condo in the city so he can be close to his Hornets. It is reported that he also owns property in Salt Lake City in Utah.

In Chicago, Michael Jordan still owns a large mansion in Highland Park and purchased a lot in Highland Park in 1991 quickly building his dream home. The result was of a 7-acre property whose main house alone is 32000 sq. ft. The house features nine bedrooms and fifteen bathrooms along with an NBA quality basketball court. Other things included are a pool pavilion, a car garage that can hold 15 cars, tennis courts, a card room, a cigar room and a PGA quality putting green. It also features a Wine Cellar and much more.

In 2014, it was known that Michael had bought more of the ownership in the Bobcats that are known as Hornets today from 80% to 89.5%. He had bought this stake from the BET founder Robert Johnson for $175 million. The Hornets today are worth $1.3 billion from recent valuation estimates. Michael’s stake is worth $1.2 billion before taxes. If you combine this to his additional wealth, Michael owns over $1.9 Billion.

Michael Jordan Salary increased as each year progressed. He became a billionaire and now is a worldwide celebrity with his Jordan shoes being worn all over the world.

His salary history is as it is listed below according to the year wise:

Michael Jordan owns a $50 million customized Gulfstream private jet that takes him to and from his one property to the other.

The year-wise Net Worth is listed below starting with a net worth of $500 million in September. 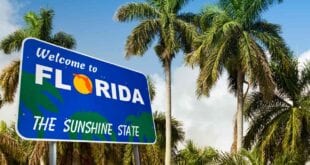 The Ultimate Guide to Organizing a Low-budget Move in Florida