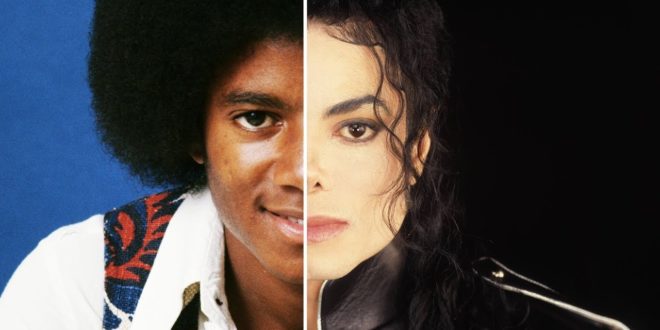 Michael Jackson Net Worth – The King Of Pop

Elvira 14/03/2019 Business, Entertainment, Music, Net Worth, Style Comments Off on Michael Jackson Net Worth – The King Of Pop 2,709 Views

A controversial Michael Jackson documentary will air on Sunday night on HBO. The documentary is called Leaving Neverland. Michael Jackson wrote some of the most popular sogs of the 1970s, 1980s, and 1990s, so it came as a shock that he was $500 million in debt at the time of his death. His album Thriller was the best-selling album of all time. Anyhow, his debt was paid off after his death, when he became the top earning dead celebrity.

In the period between 1985 and 1995, Michael Jackson earned between $50 and $100 million a year. His earnings came from touring, selling records, endorsement deals, and merchandise. Through his life, he earned about $500-600 million, and in 2009, when he died, his net worth was negative $500 million. Everyone was wondering how that was possible.

The Beatles Catalog Of Music

Michael Jackson owned the Beatles catalog of music and had a stake in Sony/ATV Music Publishing, and that was his most valuable asset. The Beatles’ song catalogue was owned by the Australian business magnate, Robert Holmes, in 1984. ATV Music Publishing is a company that owned the rights to about 4,000 songs, and the  company was formed by Holmes. Northern Songs was one of the company’s divisions which was the music publishing arm of The Beatles. Back in the days, Paul McCartney and John Lennon signed a contract that gave the publishing rights to more than 250 songs to Northern Songs. The Beatles catalogue was being put up for sale in 1984 for $40 million. Paul McCartney and Yoko Ono had intentions of buying it, but failed because the price was too high.

In the period between 1982 and 1984, Michael Jackson spent millions in buying publishing rights from artists including Sly and the Family Stone. Great Balls Of Fire, When A Man Loves A Woman, and Runaround Sue, were just few of the hits he owned publishing rights to, at that time. Jackson’s attorney, John Branca, adviced Jackson to buy the ATV catalogue too. They offered $47.5 million ($115 million today) for it. By the end of 1985, Michael Jackson was owner of the entire Beatles music catalogue. In 1987, he licensed Revolution To Nike for $500,000. He got $250,000 from it, while other $250,000 was split equaly to McCartney and Lennon.

In 1995, Sony offered $95 million ($230 million today) to  Michael Jackson to merge ATV music with their catalogue and create a new 50/50 owned publishing powerhouse. This collaboration earned Jackson twice his initial investment. However, he still had a 100% publishing rights to his own songs through a separate company named Mijac Music.

Jackson’s collaboration with Sony was brilliant move. They renamed the company to Sony/ATV Music Publishing and it has grown to two million songs by 2013. Lady Gaga, Bob Dylan, Beck, and Eminem, were just some of the artists whose catalogues and songs were in control of Sony/ATV Music Publishing. The company’s net worth is estimated up to $2-$4 billion today. Jackson’s stake is worth at least $1 billion.

Michael Jackson spent lavish lifestyle which cost about $50 million a year to maintain. He was spending money faster than earning it. His baby mama, Debbie Rowe, was paid out $12 million. $20 million was spent on setting a child molestation case, and tens of millions on attorneys. $19.5 million was the price of Neverland Ranch, while $10 million a year was going for its maintainance. Bentleys, the antiques, the art, the exotic animals, and the diamond encrusted gloves, also cost a lot of money. Between $50 and $100 million was spent on movie and music projects that never got off the ground. When the child molestation allegations first appeared in the late 1990s, popularity of his own music faded. So, now it is way more clear why he was in big debt when he died.

Happy Birthday, Michael! On this day of the Diamond Celebration we hope all fans around the world will join in celebrating the immortal Michael Jackson and his legacy of astounding artistic achievement and his philanthropic and humanitarianism efforts wherever he went. #MJDiamondCelebration

Bank of America gave him a $380 million loan. Tens of millions annually was just the interest on that loan. He spent the whole loan and the interest increased, leading to a $500 million debt. On 25th June, 2009, Michael Jackson died. Ever since that, he has been the highest-earning dead celebrity on the planet. Ironically, all he needed to do to pay off his debt was to die. It is not nice to say, but it turns out that is how things went. Sales of his music, licensing deals with Pepsi and Cirque du Soliel, and the catalogues and estate he owned, earned him a lot after the death. The concert film, This Is It, earned over $260 million. Here is how much Michael Jackson earned over the past few years:

More than $700 million was earned by the King of Pop in the five years following his death, which was more than any artist living or dead.

After his death, 40% of Michael Jackson’s property and ownings went to his three children: Paris, Prince Michael, and Blanket, another 40% went to his mother, Katherine Jackson, and the remaining 20% was donated to charity. Since Jackson keeps on earning even when dead, their earning are expected to grow.

Previous Maureen O’Hara’s Net Worth – A Famous Actress and Singer
Next Psychometric Assessment: A Tool To Hire The Best Experts 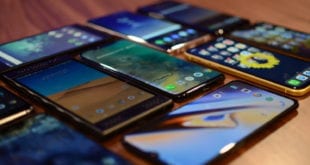 Top 10 Smartphones Available on The Market in 2023