Medical Malpractice and the Rights of the Victims

With the increasing popularity of cosmetic surgeries and minor body modifications, the number of aesthetic failures is getting more common. Nowadays, it is easier to dig up further information on medical malpractice and easier to understand the victims’ rights on similar occasions. Under the laws, those who suffer the consequences of medical practitioners’ fault can make a claim to receive compensation. However, not every situation can be determined as the professional’s negligence as the patient are mostly accepting the risks of such surgeries by agreeing to proceed with the treatment. However, untold complications can occur from a professional’s unintentional actions. Such occasion can occur as taking harm from the defected medical equipment, incorrect implantations, or from the reckless actions of the medical attendant at duty.

Understanding negligence and the obvious risk

The obvious risk is a term being used to define when a reasonable person or a peer professional would be aware of the potential adverse effects of the treatment. In medical malpractice, the obvious risk can refer to being aware of the dangers by being warned by the medical attendants. Most surgeries and treatments involve risk naturally. However, it is expected from the medical attendants to inform the patient of these risks as a person with average knowledge on such treatments and procedures is likely to not be aware of the risks involved in the process.

Laws state this situation as the duty of medical professionals. Formally named as the duty of care, is the legal obligation of the medical professionals to fit their services to acceptable standards. Patients’ wellbeing, state of mental and physical health after the treatment is under the responsibilities of the medical attendants. Such complications can appear on many occasions as negligence has a very broad meaning.

The duty of care can be breached if the party that owes the duty fails to take necessary care such as performing their duties incompetently or below the standards, causing harm to the patient, ignoring the standard procedure, and skipping the necessary steps while assessing the patient’s medical condition.

The human factor is an undeniable fact in the post-treatment complications and under the laws, these complications are the ones that could be prevented by a reasonable peer professional. Administration of medications is among the most occurred complications that can be encountered in treatment. In such a situation, the harm sustained by the patient isn’t an intentional action. However, in medical malpractice, unintentional harm is a cause for liability.

Prescription drugs should be consumed under the supervision of a medical professional. Wrong dosages and the usage of wrong medications can lead to unexpectable yet devastating results. Such results are preventable by following the necessary procedure. During the prescription, the doctor should evaluate the patient’s medical condition, medical history, past surgeries, drug usage, unhealthy habits such as smoking and alcohol usage, the weight and psychological condition of the patient. Failing to do so can lead to permanent brain and physical injuries and the medical attendant will be liable for the damages.

Anaesthesia complications are encountered a lot more frequently than one might think. However, the majority of these complications are natural, harmless and the patient do not even remember these later on. Additionally, permanent airway injuries can be sustained if the respirator fails, or the anaesthetist incorrectly positions the patient. During the surgery, the patients can suffer nervous and spinal system damages, airway damages and burn injuries. Though, damages to the spinal cord and the nervous system can be encountered in almost all other surgeries due to overpressure by the surgeon.

Birth defects are also included in medical negligence laws. The infant can take harm during the pre- and post-labour processes and delivery. Usage of prescription medications also applies here as it is the doctor’s duty to prescribe such drugs to the mother. On the other hand, as the newborns are a lot more fragile than toddlers, the delivery process can also end up with unfavourable results if the doctor fails to take necessary care. Due to the pressure, the newborn’s muscular system can be permanently damaged and can sustain life-long malformations and incapacity.

Misdiagnosing the patient’s medical condition and applying an unnecessary, irrelevant or incorrect treatment can lead to any of the serious harms mentioned previously. Additionally, misdiagnosis can protract the treatment process of the patient and can lead the patient to loss of income and harm the mental status of the victim.

How to recover loss after medical malpractice

Medical malpractice victims can rightfully claim compensation to retrieve their loss in monetary ways. Although the content of the compensation depends on the patient’s post-treatment medical status, generally the victim’s loss of income, past and further treatment expenses, lack of capacity to perform daily tasks and lack of earning capacity are compensable. In Australia, a claim can be lodged from the insurer of the medical professional as all medical employees are covered with medical indemnity insurance. The eligibility to make a compensation claim should be evaluated by a competent professional as claimants usually miss the skills to understand the difference between the obvious risk and negligence. On this occasion, requesting help from a medical negligence lawyer can be quite beneficial as a lawyer can aid you to collect all the documents involved in the process, evaluate the situation and the total compensable amount. Further information on the victims’ entitlements can be found here. 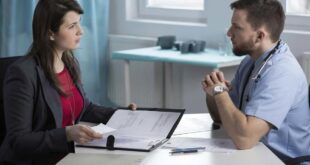 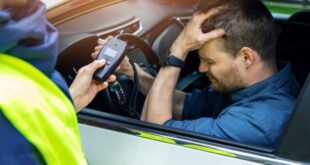 How to Prepare for Your DUI Case and Beat the Charges 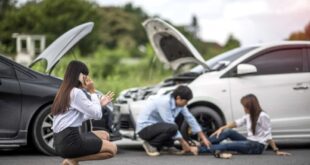