How Good Is Mason Greenwood Really?

English football fans like to hype up their young players as world-beaters more than any other fans on the face of the planet. When those young players grow up and reveal that they’re not quite as good as everyone hoped they would be, those same fans sometimes turn on them and denigrate their achievements. That’s why Wayne Rooney – the all-time leading goalscorer of both Manchester United and the England national team – isn’t universally heralded as a legend of the game in his own country. He was expected to become as good as Lionel Messi or Cristiano Ronaldo, and some fans blame him for the fact that he didn’t.

Because of all the above, many experienced football journalists are becoming concerned about the amount of hype that’s following eighteen-year-old Manchester United striker Mason Greenwood around at the moment. He’s regularly starting in the Premier League, and he’s scoring goals. His own manager believes that he’s ready to be called upon to represent England at senior level. This is despite the fact that he has fewer than fifty first-team appearances to his name as a professional footballer, and is yet to reach twenty goals as a professional. Yet again, it appears that the press – along with the fans – are preparing to hype an unproven young talent and then reject him when he fails to meet their imagined standards. But will Greenwood be an exception to that rule?

Football history is littered with players who appeared ready to take on the world when they were teenagers but flopped as they grew up. Francis Jeffers knows all about that from an England point of view. Bojan Krkic was supposed to be better than Messi in Barcelona. Freddy Adu was supposed to be the world-class American player that his nation had been waiting for. None of them delivered. What the press fails to understand is that when a club pushes a young player, they’re taking a punt on him just as surely as someone spending money on an online website such as Rose Slots. The soccer-themed online slots game “Football Glory” simulates that experience perfectly. The winners walk away with all the riches and glory, but the losers are left out of pocket. Having winners and losers is part of the nature of online slots, but it’s also part of the nature of football. The prospects of a young player aren’t helped if those wins and losses happen in the full view of an overly-expectant media and fan base.

Greenwood, however, has grown up at Manchester United. While they might not be the world-conquering side of a decade or more ago, they’re still one of the biggest football clubs in the world, and they know how to handle young players coming through the ranks into the media spotlight. Ole Gunnar Solskjaer still has the ear of Sir Alex Ferguson, and he spent years under the Scot as both a player and a young coach learning how to put a protective shield around a prospective world-class talent. Ferguson oversaw the arrival of the Neville brothers, Paul Scholes and David Beckham as globally-prominent talents. Solskjaer should be able to do the same for Greenwood, and he even has a perfect example in the first team at the moment.

Just a few short years ago, Marcus Rashford was where Mason Greenwood is now. He was a teenage striker with potential, but little experience and great things were expected of him. He’s struggled a little with being played out of position and a seeming loss of confidence on occasion, but he’s never looked more settled than he does now. He’s a confident young professional for both United and England and has even shown that he has the strength of character to take on the British government when he sees injustice in broader society. He’s everything a modern professional should be, and he could be a mentor to Greenwood if the club wanted him to be. The only potential issue with that is Rashford’s willingness; Greenwood could well push him out of his preferred striking role if he continues his progression at this rate.

Another point that goes in his favor is that Solskjaer has the confidence in him to back him at this early stage. The manager (and the wider club) took enormous criticism from fans and the press after the sale of Romelu Lukaku last season, and the decision to send Alexis Sanchez out on loan to Inter Milan without signing a replacement for him. Solskjaer was insistent at the time that he had enough striking talent at the club in the shape of Anthony Martial, Rashford, and Greenwood. Some figures in the press – including more than one United legend – sneered. In their eyes, Martial wasn’t good enough, Rashford was still inexperienced, and Greenwood was an untested child. During the early weeks of the season, it appeared that the critics were right as a toothless United labored to disappointing results. Now, as the season approaches its end, United and Solskjaer are laughing last and laughing loudest.

Greenwood’s eventual success or failure won’t be determined by what happens over the remainder of this season. He could score in each of United’s remaining league fixtures and follow that up with the goals that win the Red Devils the FA Cup and the Europa League, and that still won’t indicate that he’s guaranteed lasting success. The next three years of Greenwood’s development will be crucial, and fans of his club and country should remind themselves repeatedly that he’s a teenager. Some of us are old enough to remember how good Michael Owen appeared to be as a teenager, and how quickly he burned out as he reached his mid-twenties. Nobody would relish seeing that happen to Greenwood.

If he’s good enough, then a glittering career surely awaits Mason Greenwood – but he has to be given the time to prove that on his own terms. He’s not the new Ronaldo if he scores a hat trick in his next game. He’s not a failure if he goes on a run of five games without scoring a single goal. He’s developing talent and one that should be given space to grow. Today he’s good, and one day in the future, he might be great – but we won’t make him great by telling the world he is right now. How to Hire Software Developers for a Startup? How to Make Money with Bitcoin in 2023: 9 Tips for Success 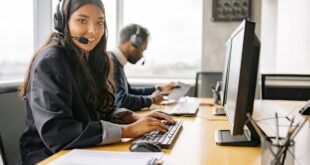