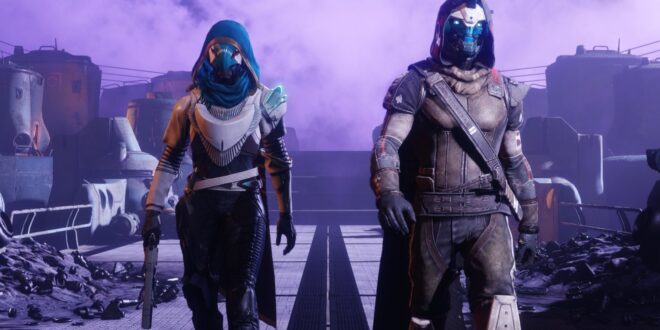 Have you finally decided to dive into Destiny 2 world and find out what lies behind it? No wonder! Thousands of players around the world are completely crazy about this game and they can’t stop playing it. Recently, this game became available on the Xbox Game Pass, so now you can try it out even if you are on a budget. However, the main challenge here is that Destiny 2 is not an easy game at all. It’s simply not that type of game that you can start playing right ahead and get to know along the way. No, you need to get to know a few things better before you go to make sure you don’t get discouraged because you just don’t manage to move away from the beginning. So we have prepared for you a few tips and tricks to make Destiny 2 easier at the start.

The first task you will have when you start the game is to choose one of the three classes offered to play. This may seem like an easy task, however, it can be difficult for you to decide on one, given that each class has different powers, jump types, grenades and other abilities. The three classes you will encounter in Destiny 2 are Hunters, Titans and Warlocks. Also, each class has “Supers” who have additional abilities and are resistant to various damages. It will take some time to recharge, but once you get the option to play with them you will realize what the benefits are.

Within each class there are several subclasses that change your abilities. The great thing here is that you can change them during one game as many times as you want, so we suggest you test them all and see what benefits the subclass has.

Another good thing is that there are three-character slots, which gives you the opportunity to try all three classes at once and see which one works best for you. Exercise plays a significant role in this, as well as in other games, so when you play enough times with each class you will be able to decide for yourself which is best for you.

2. Get to know different types of enemies

Once you have chosen your class you probably think you are ready to start fighting. Why not, you’ll figure everything out during the game, right? Well, maybe… and maybe not. Our advice is to know the rules well before you officially test your first game. Know who your enemies are so you know who you are facing and what types of enemies you need to focus on at a given time.

In Destiny 2 there are three types of enemy acts that you will fight during the game. At the beginning you will notice a large number of those marked with a red health bar.

They are called Minors and are characterized by small strength but large numbers. You will come across them pretty much all the time during the game. Majors are enemies who are slightly smaller than Minors, but they are stronger than them and are marked with a yellow health bar. And the last ones are Bosses that you will mostly meet only once per session, they are marked with an orange health bar and are the strongest enemies of all.

If you are thinking of seeking help with the game and are looking for good Destiny 2 boosting services at low prices, we suggest you check out mmoboost.pro. If you have questions, you can contact their live support, which is available 24/7, and find out everything you need to know about their offer.

3. Figure out the weapons so you start your game prepared

Another type of weapon is the Special which uses green ammunition and comes with less ammo compared to the Primary, but is also more powerful, so you will want to use it to eliminate the Majors.

And finally, to eliminate Bosses or a large number of Minors or Majors, you suddenly want to save Power weapons that use purple ammo. This weapon is very powerful and does a lot of damage, but its ammo is really rare, so you will want to save it for special occasions.

4. Focus on improving your Power Level

When you start playing Destiny 2 you will have a Power level of 1,100 that you need to constantly work on and try to improve it as soon as possible in order to increase your strength and chances of staying in the game. We can define Power level as a statistic you want to track from the beginning to be aware of what position you are in. While playing various contents, you will earn new armor and rifles that will increase your Power level. Why is it important to make sure your Power level grows fast? Well, primarily because some of the activities are only possible for players who have reached a certain level. If you are not one of them, you will not be able to survive in the game for a long time as you will be an easy target for the enemies.

Destiny 2 is a complex and fun game that will surely easily draw you into its universe and reveal to you how you can have a lot of fun while conquering this new world.

However, if you are a beginner, it will probably not be easy for you to move away from the beginning. This is not one of those games where you can just hop on and figure things out during the game. We suggest that you take the time to learn some of the game’s basic rules before you start as well as adopt our tips and tricks to make the transition process easier and become good at Destiny 2 as soon as possible.