Maybe you know him by his professional stage name LD, or by the name of Lil Dicky. He is a comedian and a rapper. He’s been famous since 2013 when he released a song called ‘Ex-Boyfriend’. The song went viral in just a couple of hours and in one day it got over one million views on YouTube. Lil Dicky is not a typical rapper, he is white, tall, but he has rap skills that very recognizable and different from any other rapper out there.

You are going to find out more about Lil Dicky in this article, who is he, how and why did he become famous and what’s his net worth currently.

The real name of Lil Dicky is David Andrew Burd, and he comes from an upper-middle-class Jewish family. He was born in 1988 in Cheltenham, North Philadelphia. He went to Cheltenham High School and he was a great student. After graduating from high school, he then joined the University of Richmond where he graduated top of his class.

Being home reminds me of my past. Happy thanksgiving

After graduating from the University of Richmond he moved to San Francisco, where he worked as an account manager at an advert agency. He was working as a copywriter, making storyboard videos and making rhymes for ads.

LA – got a little after party tonight at Bootsy Bellows. Costumes optional but highly encouraged pic.twitter.com/1xeBcXXJ2J

When it comes to his personal life and relationships, he wasn’t that good. He didn’t have a girlfriend when he was in high school nor when he was at university. And today it’s the same story, he isn’t currently in a relationship nor he has been married or had children.

We mentioned that Lil Dicky worked as an account manager, but his first love was always music. When he was a child, he loved alternative rock and hip-hop music and he was really good at rapping even when he was in his fifth grade.

He became a rapper just to get some attention to him so he can land some gigs for a TV show, where he would write for them. But soon as he got started, he got hooked on. He released his debut mixtape back in 2011, called ‘So Hard’. But he got recognized when he released a song called ‘Ex-Boyfriend’. The video for that song went viral and it got more than million views on YouTube in just a day.

Because he didn’t have enough money to produce music or even go on tours, he started a Kickstarter campaign so he could crowdfund for his project. His first target was to get $70,000 but he managed to get $113,000 instead. And with that, he managed to fund his full-time rapping career.

He released one studio album called Professional Rapper, which debuted to position 7 on Billboard 200 and got certified Gold, and one Eps I’m Brain.

He also collaborated with Snoop Dogg, Fetty Wap T-Pain, and many more artists from his branch.

In 2016 Lil Dicky was nominated at Shorty Awards in the category of Best YouTube Musician. But till this day he hasn’t won any awards and the main reason for that that he is still new in this industry, but we certainly think that is going to change.

The current net worth of Lil Dicky is estimated to be around $6 million. The main income he has is from the sales of his music albums and mixtapes. Also, he earns money from his tours and YouTube videos. We have to say that he has come a long way from his Kickstart campaign and $113k to $6 million now. And we believe that he is going to do even better. 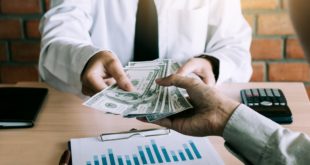 Looking For the Best Payday Loans? Here Are Some Tips to Help You Find the Right One 2020 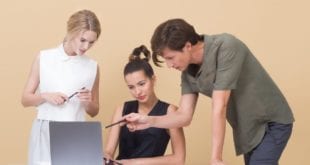 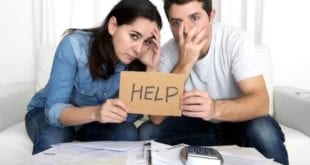 The Benefits of a Bad Credit Loan in 2020