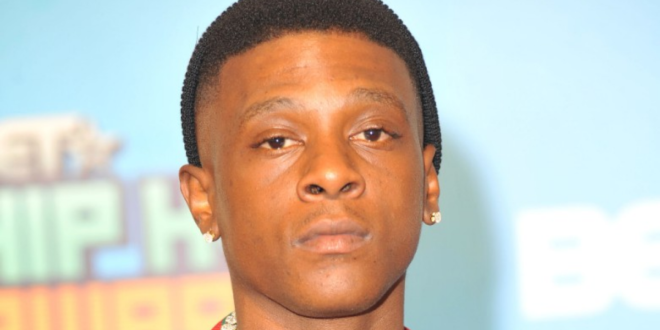 Lil Boosie or Boosie Badazz is an American rapper, who released a high number of studio albums, mixtapes and EP`s. Born in Louisiana, he collaborated with many popular emcees from the south like Pimp C, Youngboy, Foxx, E-40, C-Murder, etc. He is present in the hip hop industry from the middle nineties, more exactly, 1996. We will give you, our reader, a small insight into his biography and his net worth.

Lil Boosie was born on the fourteenth of November 1982, as a Torrence Hatch Junior. He was born and raised in Baton Rouge, Louisiana, in a family with very modest income. His father battled with d**g addiction up to 1997, when he died. The rapper`s mother is a school tutor, who is retired at the moment. Torrence has eight children. He has diabetes.

In 2015, he had to fight kidney cancer. That same year, he had surgery, and now his health is at a good level. Over the years, he had some legal issues. He was incarcerated for illegal possession of firearms and d**gs, more exactly marijuana. He was four years in prison because he violated his parole while he was awaiting sentencing.

On the seventeenth of June 2010, he was accused of murdering Terrance Boyd. Also, he faced multiple accusations of illegal d**g possession and various other charges. One time, he was very near receiving the death penalty. The newest news is that he is released from prison in 2014 and that he will be under parole until the year 2018.

His career started in the early 1990s after he met C-Loc, fellow Louisiana rapper, who knew his cousin, Young Bleed Boosie. Shortly after the introduction to C-Loc, he became part of a hip-hop group “Concentration Camp” where he was the youngest of them all. The group consisted of Happy Perez, C-Loc, Max Minelli, Young Bleed, J-Von, Boo, Lee Tyme, and Lucky Knuckles.

His first appearances were on the third studio album of Concentration Camp, and C-Loc`s fifth studio album named “It`s a Gamble”. Both of those appearances happened in the year 2000. He wasn’t unnoticed, and pretty soon he started signed with Trill Entertainment and met the famous southern mc, late Pimp C, from the UGK collective.

Pretty soon, in 2002 he released his first album named “For My Thugz”. Next year, he collaborated on “Ghetto Stories” with Webbie. The late Pimp C was featured on this album. With Webbie, he released a couple of mixtapes during the next few years. Trill Entertainment released all of his albums.

Since he was a child, Lil Boosie had a passion for music, and that turned out to be the main occupation in his life. That is the main source of his wealth. During the peak of his career, his net worth was estimated at four to five million dollars. Now, with all the legal problems he faced, and other setbacks in his career, his net worth is around $750k. Currently, Lil Boosie is serving eight years in prison.

Previous What Topics Are Covered in Grade 3 Math?
Next What is the Best Cryptocurrency for Mining – 2022 Beginners Guide