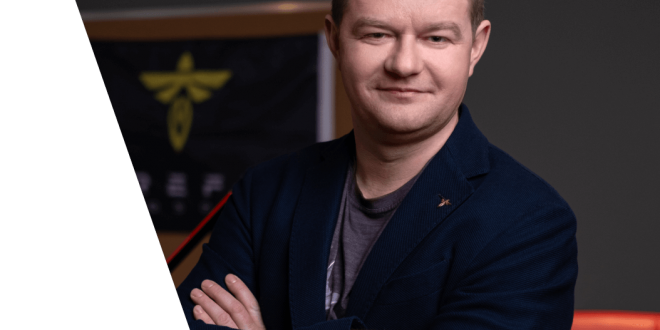 EOSDA, or Earth Observing Systems Data Analytics, owned by Max Polyakov, plans to make the EOS SAT satellite technology useful for sectors like disaster recovery, forestry, agriculture, etc. Recently, the company has also announced plans to release seven of them to the Earth’s lower orbit by 2024.

This satellite constellation has been planned for use in farmland monitoring on a global scale. Max Polyakov, the chairman and founder of EOSDA, feels extremely confident that the company will be one of the few top operators in Low Earth orbit.

Number of Satellites and the Funding

To support this satellite constellation, Max Polyakov is looking for a partnership with significant market players. Apart from funding, he hopes to use the advice of the strategic investors in dealing with different scenarios for the best results and learning more about the target market. The timely and accurate data will prove very useful for various types of scientific and business pursuits.

The company also wants to optimize the technology to save substantial funds and reduce unwanted costs. According to the experts, the option of two cameras to cover an area of 40-km is better because it will reduce the number of satellites that would be needed to cover the same territory.

One of the major issues that EOSDA needs to overcome is to build on its name in the market for agricultural satellite monitoring, advancing an image of proprietary imagery provider its competitors cannot match. However, the company does acknowledge that the process will take some time. To reach the above goal, EOSDA needs to ensure that it can deliver valuable data to its customers. It has been said that EOSDA is already on its path to success because the company is working hard on establishing a vertically integrated business system with the parent holding of space companies. There is also a proper understanding of how the data captured by these satellites can help the agricultural sector.

Customers and clients can already try out the advantages of using the EOSDA data processed by a proprietary analytic platform. Here, agricultural and related businesses can use readymade solutions at pocket-friendly prices thanks to in-house production. Additionally, the company is working hard to make sure that this service is scalable and available to people globally.

Who Are The Target Customers For EOSDA?

According to the interview, EOSDA targets both small- and large-scale agricultural organizations. In the case of small-scale farms, the satellite monitoring data are mostly used for resource optimization. On the other hand, it is used for remote field monitoring in the case of larger farms. The company has identified three key customer categories – the input suppliers (interested in comprehensive solutions for covering the farmer’s needs), the local integrators (with prominent market presence and willingness to introduce precision farming techniques), and the farmers. EOSDA is already a recognized participant in an international space market, and the monitoring solutions it provides, covering over four million hectares, are very effective.

Compared to other LEO satellites, the EOSDA satellites have more bands, and the parameters have been adjusted to solve problems related to agricultural models. For example, specific biophysical parameters like the LAI (Leaf Area Index) can be procured from the satellite bands. For now, the required number of bands can only be provided by gold-standard satellites like LandSat, Modis, and Sentinel. However, their drawback is that the revisit time of eight or more days is quite unsatisfactory.

While the market is yet to devise a solution, the number of channels used on any optical satellite camera is four. But herein lies the problem – it may not be enough for agriculture. To deal with this technical difficulty, the company has fitted 11 spectral bands on their first satellite; to harmonize the sensors, these bands are aligned to Sentinel-2. Via special algorithms and mathematical modeling, three SWIR virtual channels can be calculated.

Additionally, EOSDA has already been working on converting the incoming data into readymade solutions. The company already has experience working on satellite images, prioritizing the channels, and understanding the importance of packaging for the customers.

Regardless of the field, EOSDA can provide a solution for multiple customers, even for governments and insurance companies. These solutions from the vertically integrated space ecosystem have been tailored to solve many problems.

EOSDA has been working hard this year and their work has finally paid off. Apart from the EOS agricultural constellation, the organization has also been working on a set of radar satellites – the EOS SAR satellites – since last year. The company is working to pair 12 radar satellites in a single group under the EOS SAR project. The company aims to synchronize the data from both the satellite constellations and deliver the result in both forms, radar and optical.

The EOS SAR satellite constellation has another ongoing project – the X-band synthetic aperture radar. Thanks to the deployable variant of the antenna with a mesh reflector, the weight limit of the payload is under 50 kg. After a successful test, the company is ready to build and run a simulation with the real and completed EOS SAR satellite model.

Additionally, it has been reported that Dragonfly Aerospace will complete the development stages of its optical payload and will proceed to the manufacturing stage of the satellite and its integration, which has been slated to be done by 2023. Also, it has been mentioned that the data from the satellite will be incorporated into an analytical solution by 2023. As for scaling, it will all depend on how many partners join hands. All seven satellites are planned to be fully released by 2024.

Evolution of the Market for Satellite Analytics and Imagery

EOSDA is a company that is doing very well. The satellites have been used for a wide variety of purposes by different types of industries like agricultural analytics, disaster management, monitoring climate change, gas and oil, green energy, real estate, forestry, etc. There are no limits as to how the data from satellite analytics can be used. It can be safely said that the quality of the analytics and the data will only improve in the coming times with the advancements made in science and technology.

The EOS SAT can now direct images through 11 diverse band channels. With such advancements, EOSDA is slowly improving the areas where the technology will be used, apart from simple predicting models. Also, such improvements will only help in better agricultural management and support systems, usage of optimal nitrogen in farms, and optimized irrigation management.

According to the directors and managers of the company, their sights have been set very high. However, whatever work is done in the company, it is not a mere project for anyone. All the personnel working for the company believe that it is their mission to use space and the corresponding technology to help humanity solve global problems.

It is why EOSDA has worked hard to expand the data provided by their satellites and constantly observe and improve the algorithms and models of data usage. In the long term, it is said that the EOS SAT satellite constellation will have a vital role to play in helping industries related to agriculture.

Previous Is It Worth The Trip To Klein Curaçao For The Day?
Next Geologic Sequestration of CO2 Explained 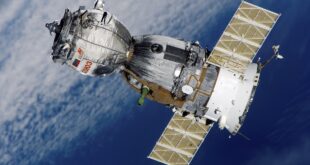 Facts to Know About Satellites and Satellite Imaging 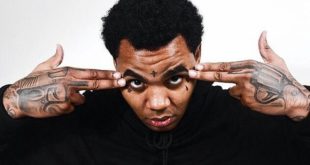