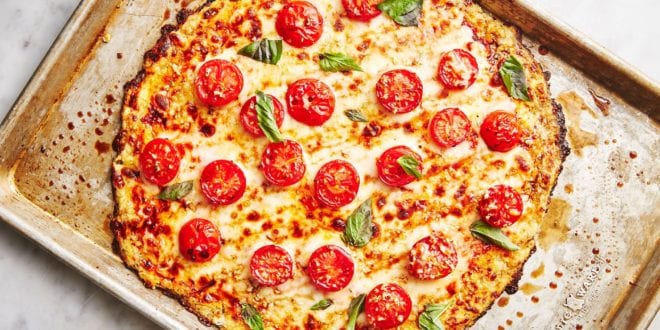 Anytime you hear about someone going gluten-free or being vegan, you figure they cannot eat pizza, but the truth is they can as long as a gluten-free crust, and vegan toppings are used. One of the absolute best and healthiest crusts to use for either a gluten-free or vegan pizza is a cauliflower crust. They are so easy to make my husband and I make them up all the time because, in our household, we are gluten-free and vegans.

People who are health conscious always tries to put a gluten-free pizza in their list of buying an item as it helps them obey there dietitians chart of recommended items while enjoying their favorite pizza.

What are the essential ingredients needed for cauliflower crust?

Where can you find the ingredients?

You can find all these ingredients at any grocery store. With the riced cauliflower, you can make it yourself by grinding up one head of chunked cauliflower or purchase it pre-riced at the grocery store, but do not get frozen riced cauliflower because it will turn your crust mushy. When you go to pick your shredded cheese as a helpful tip, you can use a blend of cheeses, so you don’t just have to use one kind. When my husband and I make it, we use a combo of asiago and mozzarella vegan cheese.

How do you make the cauliflower crust?

Step 1. Take your riced cauliflower and steam it in the microwave while putting it in a microwave-safe bowl for about 5 minutes on low heat with a moist paper towel over it.

Step 2. Pour the steamed riced cauliflower into a mixing bowl with your herbs, spices, eggs, and cheeses and combined well using your hands and form a ball that holds together well.

Step 3. Drizzle some of the olive oil onto a pizza pan and press the cauliflower crust ball down onto the pan until it is about ¼ inch thick and 12 inches wide and round.

Step 4. Drizzle more olive oil onto the crust and bake it in a 400-degree oven for about 10 minutes.

Step 5. Remove crust from the oven and place your favorite pizza toppings onto the top and bake for another 15 minutes or until the pizza is golden brown and bubbly.

Can cauliflower pizza crust be premade and frozen to use at a later date?

Yes, cauliflower pizza crust can be premade and frozen to use at a later date, but make sure you don’t put any toppings on the crust, or it will become soggy. Just seal the cauliflower crust up in plastic wrap after it has cooled from baking or place it in a freezer bag. Then just still the crust in the freezer where it will stay good for about a month. The crust can keep longer in the fridge, but the texture and taste of it don’t change up when you go to bake it.

What can you do if your cauliflower crust doesn’t come out on the first try?

We got lucky when we made our first cauliflower crust because it came out perfect. If this doesn’t happen for you, don’t panic and do take out at Green Lantern Pizza or any similar restaurant that make gluten-free and vegan pizzas.

We have had to do this a few times because the second time we made a cauliflower crust, it turned out mushy because we used a different kind of vegan cheese than the first time we made it, and it was greasier. Sometimes we go there because we are lazy and want food quickly, but still, have it been gluten-free and vegan. However, if you have patience and aren’t too hungry, you could always try making the crust a second time and hope it turns out better this time around.

What are some end thoughts to keep in mind?

Learning how to make cauliflower pizza crust is easy, but it can take a few tries for some. Remember, if it doesn’t come out the first time, the second time, or even third time, keep trying and eventually you will get it right. You may also find adjusting your ingredients or using a less greasy cheese as we did does the trick for making a perfect gluten-free vegan-friendly crust.

Once you master making this heart-healthy crust, you’ll use it for more than just pizza and use it to make flatbread sandwiches as well. And, remember on those days when that crust doesn’t want to come out, or you don’t want to make it just place an order and easily fix a problematic start of dinnertime. 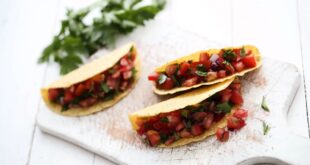